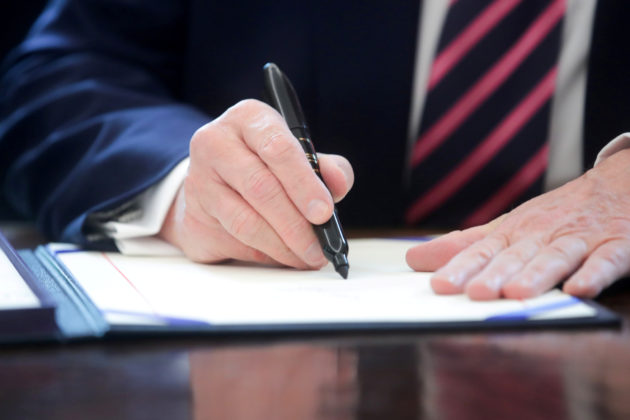 By Reade Levinson and Chris Prentice

WASHINGTON (Reuters) – At least six police unions qualified for a combined total of $2 million to $4.4 million in emergency U.S. government loans intended to help small businesses stay afloat during the coronavirus lockdown, according to data released Monday by the U.S. Small Business Administration.

All told, the six approved loans make up a small fraction of the program’s $521 billion in lending across 4.9 million loans as of June 30. The data released on Monday does not specify whether the loans were disbursed or if the unions will qualify for loan forgiveness.

Intended to help small companies and non-profit organizations keep their work forces employed during the coronavirus crisis, the federal Paycheck Protection Program allows employers with 500 or fewer workers hurt by the economic fallout of the pandemic to apply for a forgivable government-backed loan.

The six police unions typically receive 90% of their revenue from membership dues, according to tax records reviewed by Reuters, and thus, barring layoffs, would not be hurting for cash. All six unions have work forces of their own, providing support to members. Their combined loan applications said they sought to retain 331 jobs.

Four forces with unions that received loans – the New York State Police, Philadelphia Police Department, Philadelphia Sheriff’s Office and Houston Police Department – told Reuters they had not laid off or furloughed any employees during the pandemic, so their unions’ dues collections should not have suffered any significant hits.

It is clear the loan program, overseen by the Small Business Administration (SBA), gave out funds with few limits on who would benefit, said Liz Hempowicz, director of public policy at the watchdog group Project on Government Oversight.

“The onus was on the SBA to ensure we’re not just throwing public funds at entities that don’t need them,” she said. “It is common sense we’d prioritize the industries that need it most, and I don’t know that’s police unions right now.”

James Miller, spokesman for the New York State Correctional Officers and Police Benevolent Association, said the union sought a loan in anticipation of potential revenue losses and possible layoffs amid prison closures. The union, which represents about 26,000 employees and retirees, qualified to borrow between $150,000 and $350,000.

“Based on current revenue projections for the remainder of the year, we anticipate returning the loan, as it is the prudent thing to do,” he said, in an email to Reuters.

The other police unions approved for loans did not return repeated emails and calls seeking comment.

Qualifying for a loan of between $1 million and $2 million was the Southern States Police Benevolent Association, which represents about 58,000 federal, state, county and municipal law enforcement officers in eleven states. The Philadelphia Fraternal Order of Police, which represents 14,000 active and retired Philadelphia police officers and sheriff deputies, qualified to borrow between $350,000 and $1 million.

Authorized to borrow between $150,000 and $350,000 were the Police Officers Labor Council in Michigan, which represents about 350 sheriffs and police departments; the Houston Police Officers’ Union, which represents 5,300 Houston Police Department officers; and the Philadelphia Fraternal Order of Police Home Association, a separate non-profit that maintains a lodge for union meetings.

The police unions were among at least 117 public and private sector unions that applied for loans through the program. The SBA did not release the names of recipients of loans less than $150,000.

The Pennsylvania AFL-CIO, which represents about 900,000 members across industries including teaching, performing arts, hospitality, manufacturing and construction, said in an email Wednesday that it received $267,000 and plans to ask for loan forgiveness.

Many affiliate unions represent industries that have laid off members as a result of the coronavirus, Rick Bloomingdale, Pennsylvania AFL-CIO president, said in an email. Faced with declining dues, he said, the union decided to seek aid.

“We made the decision to apply for the loan to keep our people employed.”

(Reporting by Reade Levinson in London and Chris Prentice in Washington, D.C.)