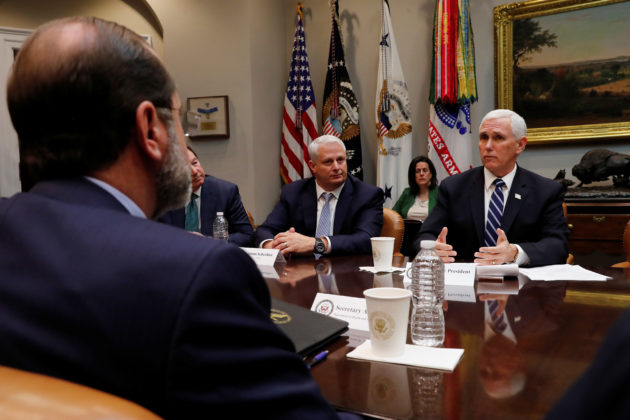 By Steve Gorman and Laila Kearney

LOS ANGELES/NEW YORK (Reuters) – Two more people have died of the new coronavirus in the United States, bringing the toll to 11 and new confirmed cases were reported on Wednesday around the two most populous cities: four near New York and six in Los Angeles.

The first California death from the virus was announced by health officials as an elderly adult with underlying health conditions. It was also the first coronavirus death in the United States outside of Washington state.

Placer County’s public health department said in a statement that the patient tested presumptively positive on Tuesday at a California lab and was likely exposed from Feb. 11-21 on a Princess cruise ship to Mexico from San Francisco.

“Preliminary understanding from the contact investigation is that this patient had minimal community exposure between returning from the cruise and arriving at the hospital by ambulance on Feb. 27,” the statement said.

The person was the second confirmed case of the respiratory disease called COVID-19 in Placer County in Northern California.

In the greater Seattle area, the total number of coronavirus cases climbed to 39 on Wednesday, including 10 deaths, up from 27 cases and nine deaths a day earlier, the Washington State Health Department announced.

The Seattle area has the largest concentration of coronavirus cases detected to date in the United States. Several cases were connected to a long-term care facility for the elderly in the Pacific Northwest state.

In New York state, three family members and a neighbor of an infected man have tested positive, bringing the total in the state to six, officials said. About 1,000 people in the New York City suburb of Westchester County where the family lives were under self-quarantine orders because of possible exposure to the virus, Governor Andrew Cuomo said.

“We are, if anything, being overcautious.” Cuomo said.

Los Angeles officials announced six new confirmed travel-related cases in Los Angeles County, including three people who had been to Northern Italy, one of the areas hardest hit in the global outbreak.

Of the six, only one has been hospitalized. The other five are recovering in home isolation.

In Washington, D.C., U.S. lawmakers reached bipartisan agreement on an $8.3 billion emergency bill to help fund efforts to contain the virus, a congressional aide said. The bill was expected to be introduced in the U.S. House of Representatives later on Wednesday.

Once the full House approves the bill, the Senate is expected to act quickly so President Donald Trump can sign the measure into law, putting funds into the pipeline to fight the virus.

More than $3 billion would be devoted to research and development of coronavirus vaccines, test kits and therapeutics. There are currently no approved vaccines or treatments for the fast-spreading illness.

In a bid to also help control the spread of the virus outside the United States, $1.25 billion would be set for international efforts, the aide said.

The latest data https://www.cdc.gov/coronavirus/2019-ncov/cases-in-us.html from the U.S. Centers for Disease Control and Prevention (CDC) listed 129 confirmed and presumed cases in the United States, up from the previous 108. They were 80 reported by public health authorities in 13 states plus 49 among people repatriated from abroad, according to the CDC website.

Those figures do not necessarily reflect Wednesday’s updates from three states.

On Tuesday, officials said a man in his 50s who lives in a New York City suburb and works at a Manhattan law firm tested positive for the virus, the second identified case in the state.

The four new cases include three family members of the man, who is hospitalized, and a neighbor. Health authorities said one of his children was a student at Yeshiva University, which canceled classes as a precautionary measure.

The hospitalized patient had not traveled to countries with large numbers of cases. The outbreak began in China in December and is now present in nearly 80 countries and territories, killing more than 3,000 people. The first New York case, reported last week, was in a woman who had returned from Iran, where at least 92 people have died.