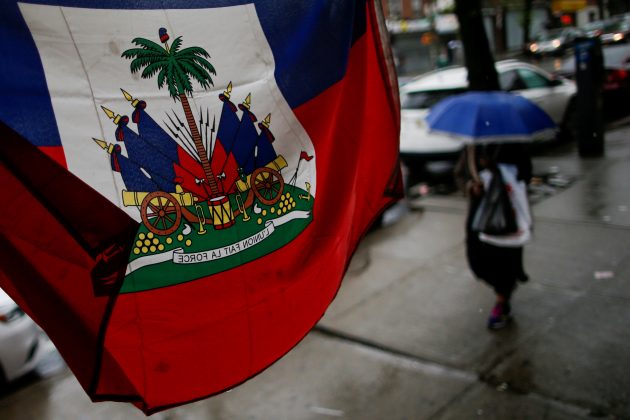 FILE PHOTO: A Flag from Haiti is pictured in a local store as a woman walks under rain at the neighborhood of Brooklyn in New York, U.S. May 13, 2017. REUTERS/Eduardo Munoz/File Photo

WASHINGTON (Reuters) – The U.S. Department of Homeland Security will allow more than 50,000 victims of Haiti’s 2010 earthquake to remain in the United States with work authorizations until January 2018, department officials told reporters on Monday.

The Obama administration first granted protections to Haitians who arrived in the United States within a year of the devastating earthquake and the group’s status has since been extended.

Three DHS officials, who agreed to speak to reporters only on the condition of anonymity, said Homeland Security Secretary John Kelly has assessed the situation in Haiti and believes conditions there are improving but still necessitate protected status for Haitians living in the United States.

The officials said, however, that Haitians in the United States under what is known as temporary protected status should begin acquiring travel documents to return to Haiti, noting that DHS has not committed to extending protections past January.

The Department of Homeland Security will issue a notice to the Federal Register to extend temporary protected status within the coming days. After a 60-day period, Haitians under the status will be given new work authorizations valid until January.