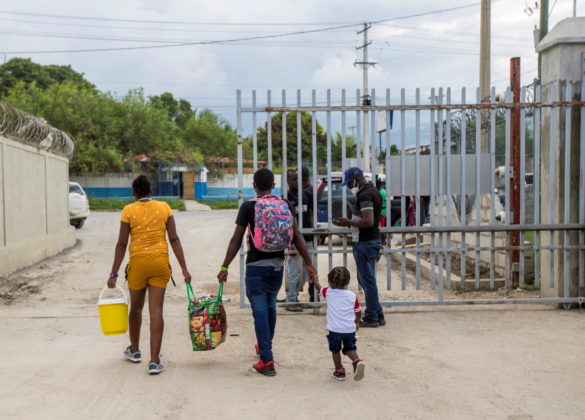 FILE PHOTO: Haitian migrants leave the airport after U.S. authorities flew them out of a Texas border city on Sunday where thousands of mostly Haitians had gathered under a bridge after crossing the Rio Grande river from Mexico, in Port-au-Prince, Haiti September 19, 2021. REUTERS/Ralph Tedy Erol