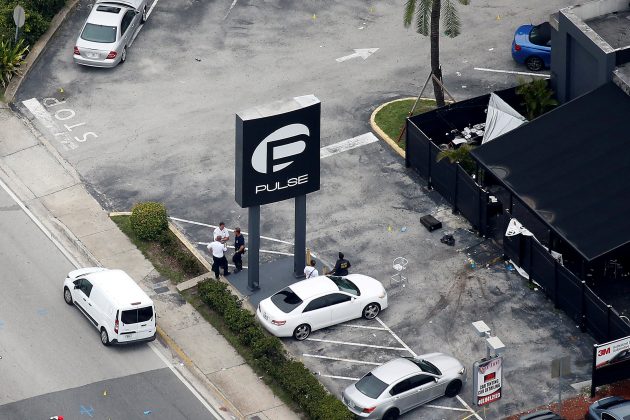 (Reuters) – The widow of the gunman who killed 49 people at a gay nightclub in Florida must remain in jail after prosecutors argued that she was a threat to the community and a flight risk, a U.S. judge on Thursday ordered.

The federal judge in Florida stayed another judge’s order issued on Wednesday that would have released Noor Salman, 30, from a California jail. He put the release order on hold pending further arguments in the case.

Salman was arrested in California in January on federal charges she knew before the June 2016 shootings in Orlando that her husband, Omar Mateen, was planning the attack and concocted a cover story for him.

U.S. District Judge Paul Byron in Orlando ordered Salman detained and set a Wednesday deadline for her lawyers to respond to prosecutors’ arguments that she should be jailed pending her trial in Florida.

Salman is charged with obstructing justice and aiding Mateen in his attempt to provide material support to the Islamic State militant group.

Prosecutors argued in a motion that the seriousness of the charge related to the Islamic State meant Salman should be kept in jail.

“No pretrial release condition or combination of conditions may be imposed to reasonably assure the defendant’s appearance as required or the safety of the community,” they said.

They also said that Salman was a flight risk since she was unemployed and had moved to California, where she has relatives, and had almost no ties to Florida. Her family also owns property in the Middle East, they said.

U.S. Magistrate Judge Donna Ryu on Wednesday had cleared the way for Salman’s release and appeared throw doubt on the government’s case against her.

Ryu had ordered her to live with her uncle in Rodeo, California, undergo GPS monitoring and leave home only for court and medical appointments. She set a $500,000 bond.

Mateen was killed in a shootout with police after a standoff at Orlando’s Pulse nightclub and carried out the deadliest mass shooting in modern U.S. history. Before the shooting he called 911 and swore allegiance to the Islamic State.

(Reporting by Ian Simpson in Washington; Editing by Lisa Shumaker)