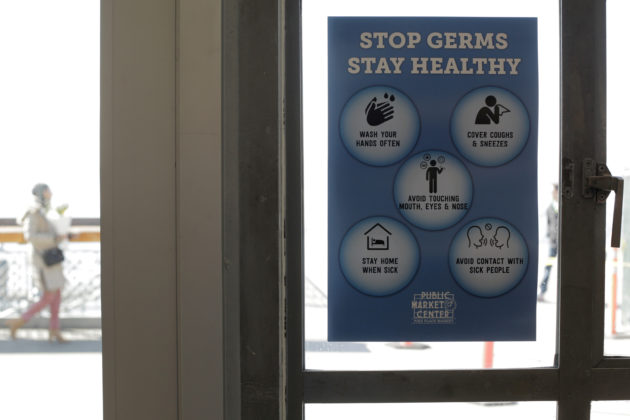 There have already been shortages over the past week in Washington that required other blood banks to move blood in from outside the region, according to Brian Gannon, who runs the Gulf Coast Regional Blood Center and chairs a disaster task force for AABB, formerly known as the American Association of Blood Banks. Supplies in New York were also low because of blood drive cancellations, he said.

“I’m concerned. This is different than most of the types of pandemics we’ve had in the past or the other types of disasters that I’ve been involved with because it has to do with people social distancing themselves,” Gannon said. “Blood has a short shelf life, so it’s not like we can stockpile it.”

Most blood centers try to keep an inventory of a three-day supply, according to the AABB.

The disease has so far sickened more than 800 in the United States and killed 28, mostly in Washington state.

Blood supply in Seattle started to dwindle at the beginning of the month, according to Bloodworks Northwest, which collects and distributes blood around the Northwest U.S.

“Last week was really bad and we were at critical and emergency levels,” said Vicki Finson, executive vice president of blood services at Bloodworks Northwest.

Finson said 60% of Bloodworks Northwest’s blood is from mobile blood drives, and the push to have people work from home has resulted in many being canceled.

“If this gets worse, people will quit responding and then we will be in a very difficult situation,” Finson said.

The AABB task force led by Gannon sent 600 units of blood to Seattle over the weekend, he said.

He is encouraging individuals and sponsors of blood drives to schedule appointments and keep their commitments, and that blood banks around country can continue to shift supply to where it is needed.

China saw sharp shortages in blood donations as quarantine measures to prevent the spread of the virus took its toll on inventories around the country.

Coronavirus is not transmissible via transfusion, according to the American Red Cross.

“There is absolutely no evidence that the coronavirus or any respiratory viruses are transmitted via blood transfusion,” said Dr. Pampee Young, chief medical officer of the American Red Cross.

Still, the Red Cross and AABB said their donation centers are asking that sick people wait until they are healthy to donate in order to protect staff and other donors. People who have recently traveled to China, Iran or Italy are also being asked to wait to donate.

Young said that cancer patients who need platelets, people in trauma who need emergent transfusions and newborns with critical need for blood are all particularly vulnerable if supplies dip.

In Seattle, Finson said donations picked up over the weekend, but on Tuesday, Bloodworks Northwest was around 140 short of its 1,000 donor-per-day target.

“We need people every day,” she said. “This will continue and if this virus is weeks, if not months, we’ll have to be diligent every single day, because the patient usage has not decreased at all.”