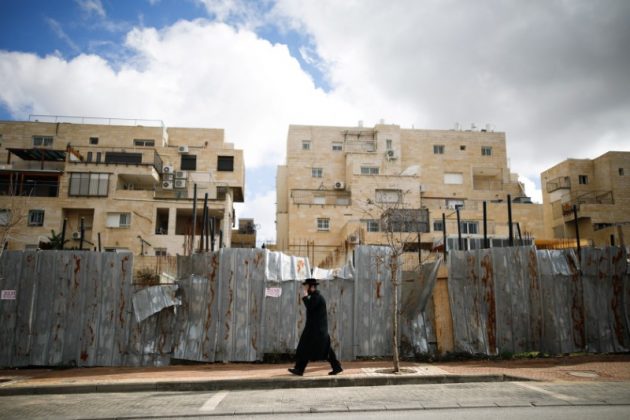 An ultra-Orthodox Jewish man walks on a road in the Israeli settlement of Beitar Illit in the occupied West Bank February 15, 2017. REUTERS/Amir Cohen