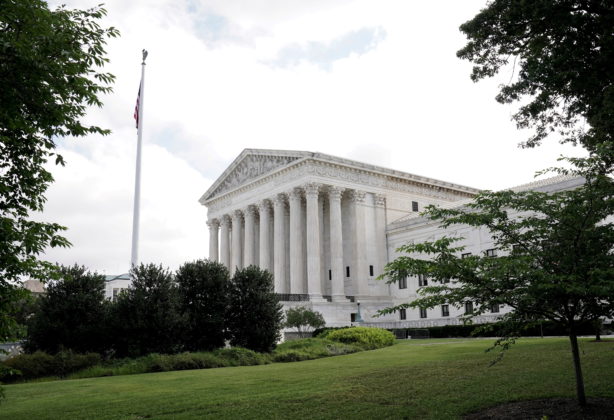 (Reuters) -The U.S. Supreme Court on Monday granted requests by police officers in separate cases from California and Oklahoma for legal protection under a doctrine called “qualified immunity” from lawsuits accusing them of using excessive force.

The justices overturned a lower court’s decision allowing a trial in a lawsuit against officers Josh Girdner and Brandon Vick over the fatal shooting of a hammer-wielding man in Tahlequah, Oklahoma.

They also overturned a lower court’s decision to deny a request by Union City, California police officer Daniel Rivas-Villegas for qualified immunity in a lawsuit accusing him of using excessive force while handcuffing a suspect.

The brief rulings favoring the police in the two cases were unsigned, with no public dissents among the justices. They were issued in cases that were decided without oral arguments.

The qualified immunity defense protects police and other government officials from civil litigation in certain circumstances, permitting lawsuits only when an individual’s “clearly established” statutory or constitutional rights have been violated.

The decisions on Monday indicate that the justices still think lower courts are denying qualified immunity too frequently in excessive force cases involving police, having previously chided appeals courts on that issue in recent years.

Reuters in 2020 published an investigation that revealed how qualified immunity, with the Supreme Court’s continual refinements, has made it easier for police officers to kill or injure civilians with impunity.

(Reporting by Andrew Chung in New York; Additional reporting by Lawrence Hurley in Washington; Editing by Will Dunham)