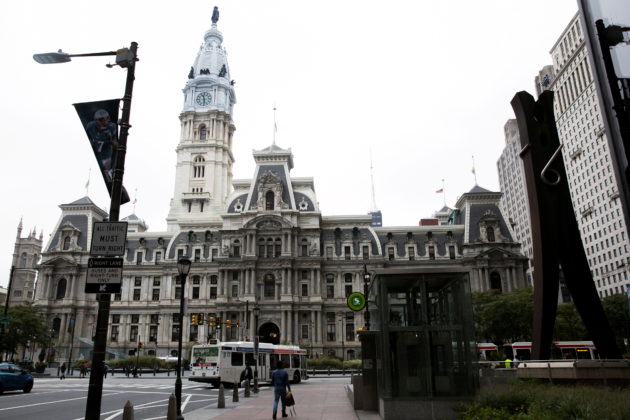 WASHINGTON (Reuters) -The U.S. Supreme Court embraced religious rights over LGBT rights on Thursday by ruling in favor of a Catholic Church-affiliated agency that sued after Philadelphia refused to place children for foster care with the organization because it barred same-sex couples from applying to become foster parents.

The 9-0 ruling, written by conservative Chief Justice John Roberts, was a victory for Catholic Social Services (CSS), part of the Archdiocese of Philadelphia, and represented the latest instance of the Supreme Court taking an expansive view of religious rights under the U.S. Constitution.

The justices decided that Philadelphia’s refusal to use Catholic Social Services for foster care services unless it agreed to certify same-sex couples as foster parents violated the Constitution’s First Amendment guarantee of the free exercise of religion.

Catholic Social Services argued that Philadelphia had penalized it for its religious views and for following church teachings on marriage.

In the ruling, Roberts wrote, “CSS seeks only an accommodation that will allow it to continue serving the children of Philadelphia in a manner consistent with its religious beliefs; it does not seek to impose those beliefs on anyone else.”

Conservative and religious advocacy rights groups cheered the decision – and the fact that the court’s three liberal members joined the six conservative justices – saying it will have a major impact on future legal disputes involving religious beliefs.

“This is a strong ruling in favor of religious freedom, especially for social services providers,” said Lori Windham, a lawyer for the Becket Fund for Religious Liberty, which represented the agency and three foster parents in the case. “The court recognized that it is not the government’s place to exclude religious agencies because of their religious beliefs.”

“I am grateful that we can finally rest knowing that the agency that has brought my family together can continue to do the same for other families,” said Toni Lynn Simms-Bush, who has served as a foster parent through Catholic Social Services and was one of the plaintiffs.

The justices decided that foster care certification provided by Catholic Social Services did not fall under the city’s anti-discrimination ordinance because it is a service not “readily available” to the public.

“It involves a customized and selective assessment that bears little resemblance to staying in a hotel, eating at a restaurant or riding a bus,” Roberts wrote.

The Supreme Court declined to take even-broader action in the form of overruling its 1990 precedent that upheld “generally applicable” laws even if they curb religious freedom. Conservative Justices Samuel Alito, Clarence Thomas and Neil Gorsuch said the court should have overruled that precedent.

LGBT and other liberal advocacy groups called the ruling troubling but said they were relieved it did not go further.

“Foster care is a government function, and all governments have a compelling interest in ensuring their contract agencies, including faith-based ones, treat all children and families equally. And today’s ruling does mean, at least for now, that different-sex married couples have access to all city agencies, while same-sex couples do not,” M. Currey Cook of the Lambda Legal pro-LGBT rights group said.

Catholic Social Services, which has helped provide foster care services for more than a century, had said it would be compelled to close its foster care operations if it was barred from Philadelphia’s program.

Philadelphia in 2018 suspended foster care referrals to Catholic Social Services after a newspaper report about the organization’s policy against same-sex couples as foster parents, leading the agency to file suit. Catholic Social Services said Philadelphia’s action meant that available foster homes were sitting empty amid a foster care crisis in the city of about 1.5 million people.

The Philadelphia-based 3rd U.S. Circuit Court of Appeals in 2019 ruled against Catholic Social Services, saying it had not shown that the city had treated it differently because of its religious affiliation. U.S. District Judge Petrese Tucker in 2018 also ruled against the organization.

The Supreme Court in recent years has sent mixed messages on the conflict between LGBT and religious rights.

It backed gay rights in a series of landmark rulings including a 2015 decision legalizing same-sex marriage nationwide and a 2020 ruling that a federal law barring workplace discrimination protects gay and transgender employees.

It also bolstered religious rights in several decisions including a 2014 ruling that let owners of businesses raise religious objections against the government.