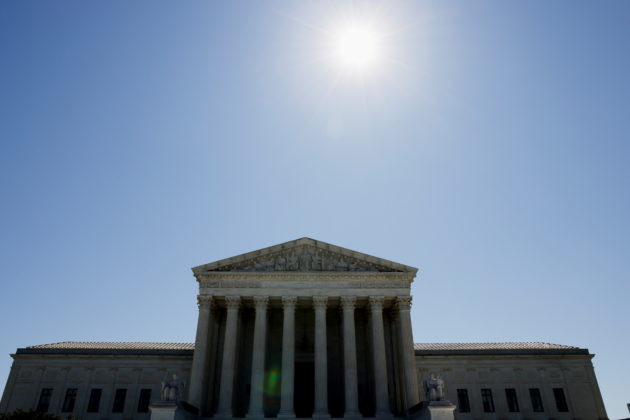 WASHINGTON (Reuters) – The U.S. Supreme Court on Monday declined to hear a bid by health insurance companies to seek a full reimbursement from the federal government under a provision of the Obamacare law aimed at encouraging them to offer medical coverage to uninsured Americans.

The insurers had said they were collectively owed millions of dollars for each year they did not receive payments the government had pledged to make under the 2010 law, formally called the Affordable Care Act. Litigation will now continue in lower courts over how much the insurers can claim.

The Supreme Court left in place an August 2020 ruling by the U.S. Court of Appeals for the Federal Circuit that the insurers’ reimbursement for money owed could be offset by other income they received from the government in the form of premium tax credits.

The Supreme Court in an 8-1 ruling in April 2020 in an earlier stage of the same litigation decided that the federal government must “honor its obligations” and pay various private insurers up to $12 billion owed to them. But when the case returned to lower courts after that ruling, the federal government continued to argue that it was not required to pay in full, setting up a new round in the legal fight.

Unlike other litigation involving Obamacare – long targeted by Republicans for repeal in Congress or invalidation through the courts – this case concerned only payments to insurers and did not directly challenge the law itself.

The court in a 7-2 ruling last Thursday rejected a Republican challenge to the law, the third time that the justices preserved Obamacare over the past decade.

The insurers have said the government was supposed to help them recover from early losses they suffered after the law was passed by Congress and signed by Democratic former President Barack Obama.

The law has enabled millions of Americans who previously had no medical coverage to obtain insurance, including those with pre-existing medical conditions, though an expansion of the Medicaid program for the poor and though private insurers.

Payments to the insurers would have come through the law’s so-called risk corridor program designed to mitigate insurers’ risks from 2014 to 2016, when they sold coverage to previously uninsured people through exchanges established under Obamacare.

From 2015 through 2017, Congress passed legislation barring the U.S. Department of Health and Human Services from using general funds to pay the government’s risk corridor obligations. Health insurers turned to federal courts to obtain the payments.