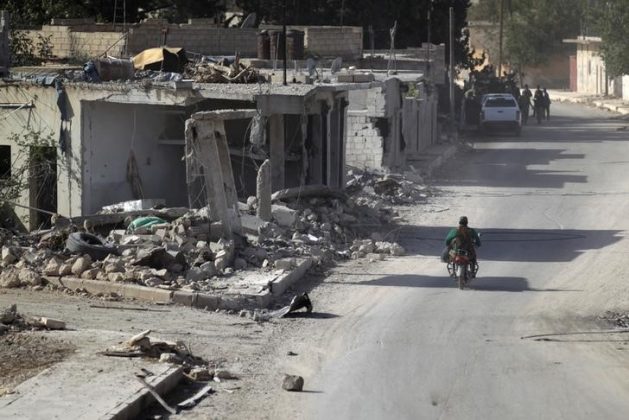 WASHINGTON (Reuters) – The United States on Monday suspended talks with Russia on trying to end the violence in Syria and accused Moscow of not living up to its commitments under a ceasefire agreement.

The announcement came as Syrian government supported by Iranian-backed militias and Russian air power pounded the rebel-held area of Aleppo, bombing one of the city’s main hospitals and badly damaging water supplies.

“The United States is suspending its participation in bilateral channels with Russia that were established to sustain the cessation of hostilities,” U.S. State Department spokesman John Kirby said in a statement. “This is not a decision that was taken lightly.”

The confirmation that the U.S.-Russian talks on Syria have collapsed suggests that there is little hope, if any, of a diplomatic solution to end the 5-1/2-year-old civil war emerging anytime soon.

It could also trigger deeper U.S. consideration of military options such as providing more sophisticated arms, logistical support, and training to Syrian rebel groups that U.S. officials have said were under consideration, either directly or via Gulf Arab states or Turkey.

However, U.S. President Barack Obama has been loath to get the United States more deeply involved in a third war in the Islamic world and U.S. officials have said he is unlikely to do so with less than four months left in office.

U.S. Secretary of State John Kerry threatened last week to end the talks after a ceasefire he and his Russian counterpart, Sergei Lavrov, brokered collapsed last month after warplanes believed to belong to Russia bombed a U.N. aid convoy.

In the statement, Kirby said the United States would continue to communicate with Russian military to avoid so-called deconfliction – to avoid accidental military interactions – over Syria.

But he said the United States would withdraw all personnel it had dispatched to prepare for military co-operation with Russia under the latest ceasefire agreement.

“Unfortunately, Russia failed to live up to its own commitments …and was also either unwilling or unable to ensure Syrian regime adherence to the arrangements to which Moscow agreed,” Kirby said.

News of the suspending of the talks came as diplomats said the United Nations Security Council would begin to negotiate on Monday a draft resolution that urges Russia and the United States to ensure an immediate truce in Aleppo.