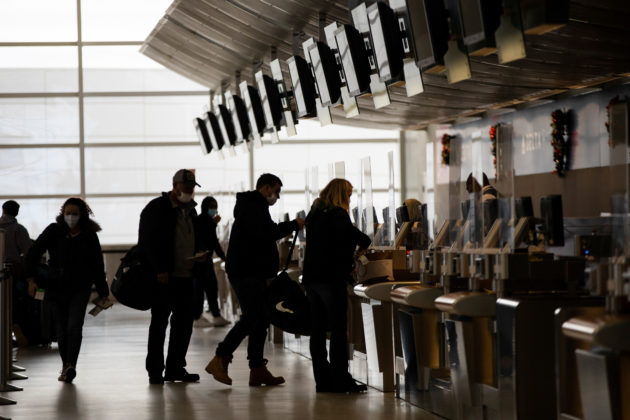 WASHINGTON (Reuters) – The head of the U.S. Centers for Disease Control and Prevention (CDC) is expected to sign an order on Tuesday expanding coronavirus testing requirements for nearly all international air travelers, not just from Britain, sources briefed on the matter told Reuters.

The new rules are to take effect two weeks from the day they are signed by CDC Director Mark Redfield, which would be Jan. 26.

The CDC has been urgently pressing for an expansion of the requirements with the Trump administration for weeks. One remaining issue is how to address some countries that have limited testing capacity and how the CDC would address travel to those countries, the sources said.

The CDC on Dec. 28 began requiring almost all airline passengers arriving from Britain – including U.S. citizens – to test negative for COVID-19 within 72 hours of departure. Those under 2 and passengers connecting through the UK are exempt.

Canada imposed similar rules for nearly all international arrivals starting Jan. 7, as have many other countries.

At a White House meeting on Monday, Redfield again made an urgent case to adopt the testing requirements as new strains of COVID-19 are identified in different parts of the world. He raised concerns that vaccines could potentially not be effective against new strains, sources said.

U.S. officials do not plan to drop restrictions that were adopted starting in March that ban most non-U.S. citizens who have been in most of Europe, the United Kingdom and Brazil as soon as possible, the sources said. They added that public health officials are sympathetic to the push to lift the restrictions that apply only to a limited number of countries.

Airlines for America, a group that represents American Airlines, United Airlines, Delta Air Lines and other major carriers, also urged the Trump administration to lift European and Brazilian entry restrictions as part of the testing expansion.