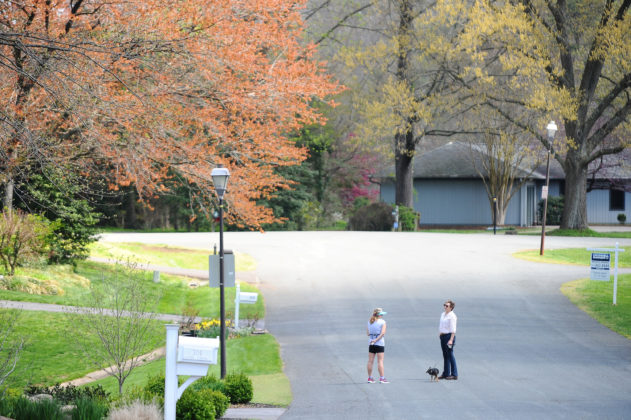 Small towns across America rely on summer tourism to stay solvent the rest of the year. But the coronavirus pandemic has chased visitors away, leaving residents and businesses unsure they can survive.

“Normally in May, we’d be in full swing,” said Sean Mackey, co-owner of the Magic Shuttle Bus in Traverse City that drives visitors to weddings and wineries.

“We would have all buses on the road, tours every single day of the week,” he said.

Instead, the company did no business over Memorial Day weekend, the unofficial start to summer, as wineries were off-limits to bus tours and groups of more than 10 people were banned.

The beginning of summer in states like Michigan, which have strict social distancing guidelines in place, contrasted sharply with crowds flocking to beaches in locations like South Carolina and New Jersey easing coronavirus-related restrictions.

The death toll in the United States from the novel coronavirus has topped 100,000, according to a Reuters tally.

Every U.S. state has phased reopenings underway, but the plans typically forbid large gatherings and limit restaurant and bar capacities that will sink some businesses, owners say.

In Maine, “already a number of businesses have closed down, and they’re not going to open up again,” said Jean Ginn Marvin, owner of the coastal Nonantum Resort in Kennebunkport.

“The thing about seasonal businesses is they hold on by their fingernails anyway,” she told the Thomson Reuters Foundation. “We were just about to open our doors and have a little cash flow again, and that didn’t happen.”

In the tiny Michigan tourist town of Lake Ann, where Mackey lives, “you have a party store, a little library, an ice cream parlor, a brewery and a post office and that’s it. You blink and you miss it.”

In the depths of uncertainty about the pandemic is the possibility of closing down altogether and hoping for better times ahead, Mackey said – almost like a year-long hibernation.

“If things got really bad, (businesses might) just close up for the season and try to put the bills on hold and open up going full swing next year,” he said.

Without the summer business, entire towns will suffer, residents said.

“When those businesses fold, what goes with them is the guy who plays the piano in the lobby and those teenagers that go there for their first job,” said Marvin. “So those kids aren’t going to have money for college.”

The quiet is unsettling in upstate New York’s Saratoga Springs, where its historic track would normally be busy with young thoroughbreds in training, said Marianne Barker, who opened her gift store Impressions of Saratoga 42 years ago.

“That usually brings a pretty big influx of people. We’re not seeing that,” she said.

“Both of those combined will … completely cut down on tourist-related activities,” said Saratoga Springs Finance Commissioner Michele Madigan. “We are a tourism-dependent economy.”

The two venues draw some 1.5 million people each summer, according to industry figures.

Plunging tax revenues will leave the city up to $16 million short this year, Madigan said, and without federal aid, “it’s going to be devastation, not just here but everywhere.”

Saratoga Spring is looking at short-term borrowing of about $6 million, Madigan added, but as a one-time boost.

“We can’t just keep borrowing our way out of this,” she said. “I think local governments are your next big wave of layoffs.”

Layoffs in the United States hit a record high of 11.4 million in March, the nation’s worst job shortage since the Great Depression.

Earlier this month the U.S. House of Representatives approved a $3 trillion relief measure, dubbed the Heroes Act, with provisions aimed at helping state and local governments.

The relief bill has been criticized as a “liberal wish list” by Republicans who vowed to block it in the Senate, and President Donald Trump has promised to veto it.

As places like Saratoga Springs deplete their savings, “2021 looks even bleaker,” Madigan said.

“I don’t know when we’re ever going to get back to a situation where we see revenues like they were pre-COVID. How comfortable are people going to feel going out?” she said.

“There’s going to be people who are afraid until they see other people out and about,” he said in a phone interview.

“So if other folks get out and about and nothing bad happens, then I think suddenly things could really pick up in a hurry.”

Tourism accounts for seven in 10 jobs in the Upper Peninsula’s northernmost Keweenaw County which juts into Lake Superior, according to the Michigan Economic Development Corp.

In Maine, some hospitality and retail industry groups have asked the governor to relax plans for a required 14-day quarantine for out-of-state visitors; dozens of other small businesses responded with a letter in support of the quarantine.

“Those are the two camps that we’re keeping an eye on,” he said.

“The businesses that are so desperate that they want visitors no matter what because they’re going bankrupt, and then … some of the other people in the community are nervous about getting visitors.”

(Reporting by Ellen Wulfhorst, editing by Zoe Tabary. Please credit the Thomson Reuters Foundation, the charitable arm of Thomson Reuters, that covers the lives of people around the world who struggle to live freely or fairly. Visit http://news.trust.org)