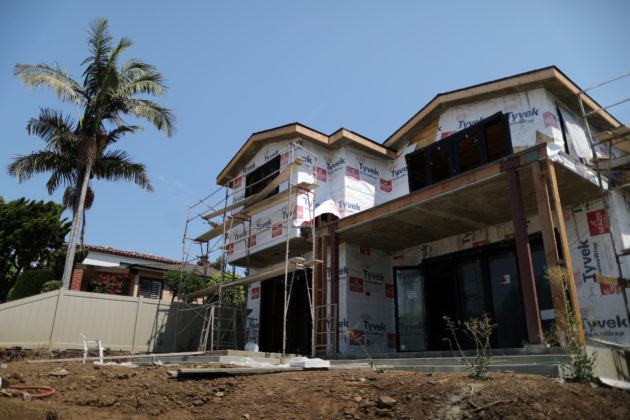 WASHINGTON (Reuters) – The number of Americans filing new claims for unemployment benefits fell less than expected last week and applications for the prior period were revised up, suggesting the labor market recovery had shifted into low gear amid fading fiscal stimulus.

The weekly jobless claims report from the Labor Department on Thursday, the most timely data on the economy’s health, also showed nearly 30 million people were on unemployment benefits at the end of August.

Signs the labor market was stalling came a day after the Federal Reserve vowed to kept interest rates near zero for a long time. The U.S. central bank noted that the COVID-19 pandemic “will continue to weigh on economic activity” in the near term and “poses considerable risks to the economic outlook over the medium term.” Fed Chair Jerome Powell said more fiscal support was likely to be needed for the economy.

Initial claims for state unemployment benefits fell 33,000 to a seasonally adjusted 860,000 for the week ended Sept. 12. Data for the prior week was revised to show 9,000 more applications received than previously reported. Economists polled by Reuters had forecast 850,000 applications in the latest week.

A total 658,737 applications were received for the government-funded pandemic unemployment assistance last week. The PUA is for the self-employed, gig workers and others who do not qualify for the regular state unemployment programs. Altogether, 1.45 million people filed claims last week.

The claims data added to reports this week showing a slowdown in retail sales and production at factories in August.

U.S. stocks opened lower. The dollar was steady against a basket of currencies. U.S. Treasury prices were higher.

After declining from a record 6.867 million at the end of March as businesses reopened after being shuttered to stem the spread of the coronavirus, claims have flattened, with layoffs spilling over to industries that were not initially impacted by the mandated closures.

A program to help businesses with wages expired in August, while $25 billion in government assistance for airlines’ payroll expires this month. Last week’s claims covered the period during which the government surveyed businesses for the non-farm payrolls component of September’s employment report.

The economy created 1.371 million jobs in August after adding 1.734 million in July. About 10.6 million of the 22.2 million jobs lost at the depth of the coronavirus crisis have been recovered.

While other sectors of the economy are losing steam, the housing market continues to power ahead, thanks to record-low interest rates and a migration to suburbs and low-density areas, spawned by the pandemic. Unemployment has disproportionately affected low-wage workers, who are typically renters.

A separate report from the Commerce Department on Thursday showed singe-family home building, which accounts for the largest share of the housing market, increased 4.1% to a seasonally adjusted annual rate of 1.021 million units in August.