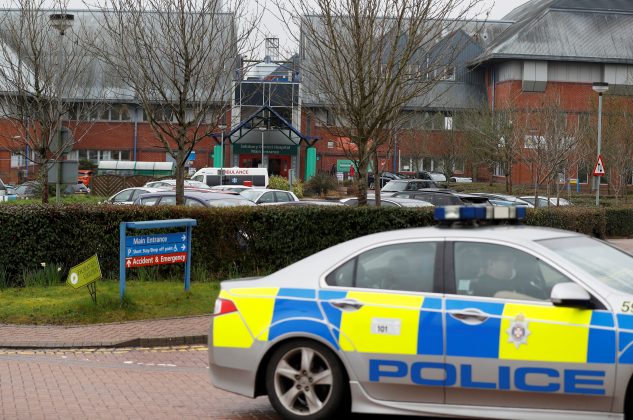 LONDON (Reuters) – Britain has not identified the suspects who carried out the poisoning of former Russian double agent Sergei Skripal but is stepping up protection for other defectors who might also be at risk, the UK’s national security adviser said on Tuesday.

Sergei Skripal and his daughter Yulia were found slumped on a bench in the southern English city of Salisbury on March 4 after a liquid form the Novichok type of nerve agent was applied to the front door of his home.

Britain says Russia was behind the attack but Moscow has denied any involvement. The ensuing fallout led to the biggest Western expulsions of Russian diplomats since the height of the Cold War.

Asked by lawmakers on the British parliament’s defense committee if the suspects behind the poisoning had been identified, Mark Sedwill, the national security adviser to Prime Minister Theresa May, said: “Not yet”.

The attack left both Skripal and his daughter critically ill in hospital for weeks. A British policeman was also treated in hospital.

Yulia Skripal, 33, was discharged last month but her father, a former colonel in Russian military intelligence who betrayed dozens of agents to Britain’s MI6 foreign spy service, remains in hospital.

Other Russian dissidents and defectors have also been killed in Britain in recent years in circumstances that have raised suspicions.

Police said they had launched a murder investigation into the death of Russian businessman Nikolai Glushkov who was found dead at his London home days after Skripal was poisoned, although detectives said there was nothing to link the two events.

Following the Skripals’ poisoning, police and intelligence services were also instructed to look at 14 other deaths which were not originally treated as suspicious by police but where allegations of Russian state involvement had been made.

In a letter to NATO Secretary General Jens Stoltenberg last month, Sedwill said Russia’s intelligence agencies spied Skripal and his daughter for at least five years and regarded some defectors as “legitimate targets for assassination”.

He told the British lawmakers that preventative steps were now being taken.

“The police who are responsible for protective security and the various agencies alongside them are reviewing the security of all people who might be vulnerable in that way,” Sedwill told the committee.