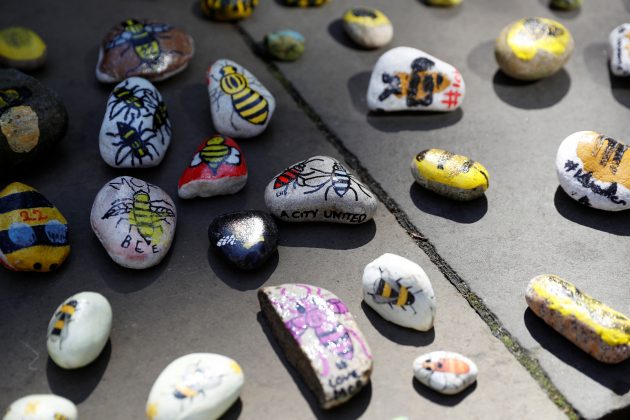 Painted stones are left in tribute in St Anne's Square on the first anniversary of the Manchester Arena bombing, in Manchester, Britain, May 22, 2017. REUTERS/Darren Staples

LONDON (Reuters) – Prime Minister Theresa May will join Prince William at a memorial service in Manchester on Tuesday to remember the 22 victims of a suicide bombing on a pop concert a year ago, Britain’s deadliest attack for more than a decade.

Salman Abedi, a 22-year-old Briton born to Libyan parents, blew himself up at the end of a show by U.S. singer Ariana Grande at the Manchester Arena in northern England in the deadliest militant attack in Britain for 12 years. 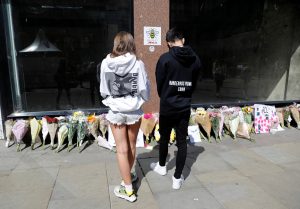 His victims included seven children, the youngest aged just eight, while more than 500 were injured.

On Tuesday, an hour-long service of commemoration will be held at Manchester Cathedral, including a nationwide one-minute silence at 1330 GMT, with William meeting some of the bereaved families privately afterwards.

“The targeting of the young and innocent as they enjoyed a care free night out in the Manchester Arena on May 22, 2017, was an act of sickening cowardice,” May wrote in an article for the Manchester Evening News newspaper.

“It was designed to strike at the heart of our values and our way of life, in one of our most vibrant cities, with the aim of breaking our resolve and dividing us. It failed.”

In other events, singers from local choirs, including the Manchester Survivors Choir made up of those caught up in the attack, will join together in the city for a mass singalong titled “Manchester Together – With One Voice”.

It echoes a moment when crowds broke into an emotional chorus of “Don’t Look Back in Anger” by Manchester rock group Oasis after a minute of silent tribute days after the bombing. 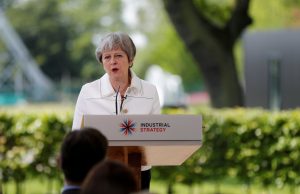 “Thinking of you all today and every day. I love you with all of me and am sending you all of the light and warmth I have to offer on this challenging day,” Grande wrote on Twitter, including a bee emoticon, the symbol of Manchester.

Britain is seeking the extradition of Abedi’s brother Hashem from Libya over the attack, although the authorities do not believe a wider network was involved.

The Manchester bombing was the deadliest of five attacks in Britain last year blamed on militants which killed a total of 36 people.