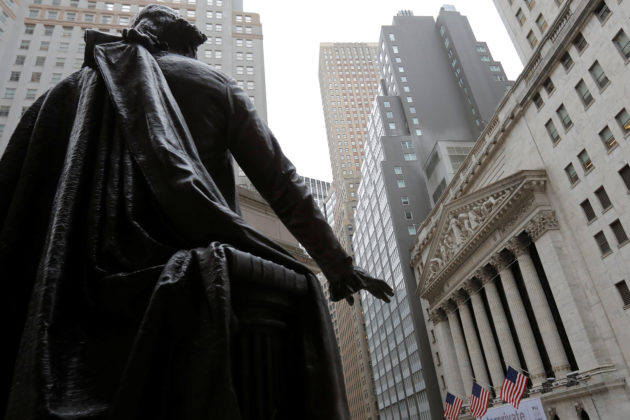 NEW YORK (Reuters) – Working from home went from optional to mandatory across Wall Street this week as financial firms reported their first confirmed cases of coronavirus and the outbreak triggered a state of emergency in New York City.

JPMorgan Chase & Co <JPM.N>, Goldman Sachs Group Inc <GS.N> and Morgan Stanley <MS.N> each announced similar programs on Thursday for working remotely to stem the spread of the pandemic. JPMorgan and Goldman told employees the staff would be split roughly in two for a weekly rotation in which half the workers will work from home and half go to the office.

JPMorgan’s plan applies to New York-area employees while Goldman’s plan was for most staff across North America and Europe, excluding some sales, trading and critical staff.

JPMorgan, the largest U.S. lender, informed New York-area employees in an internal memo seen by Reuters. The bank later confirmed the program, set up in response to a request from the state government.

The bank plans that by the end of this month, only 25% to 50% of team members will work from home, the memo said.

The plan applies to most corporate employees based in Manhattan, Brooklyn and Jersey City, New Jersey, but not to branch workers or traders.

Goldman Sachs told employees that most staff across North America and Europe would start working from home or one of the bank’s business continuity centers on a rotating schedule starting Monday, according to another memo viewed by Reuters.

Morgan Stanley told all staff who do not have to work in the firm’s offices to work from home, apart from some sales and trading staff, who are working from secondary trading locations.

The bank also banned all travel, domestic or international, not deemed business critical.

A spokesman for Credit Suisse declined to comment and a Barclays representative was not immediately available.

The banks also have ramped up other precautionary efforts like office deep-cleaning after firms like Barclays and BlackRock Inc <BLK.N> reported their first confirmed cases.

On Thursday a Manhattan-based Royal Bank of Canada <RY.TO> employee tested positive, a bank representative said. The Canadian bank has also reported two other confirmed cases in one of its offices near Toronto.

As of Thursday there were more than 129,000 cases of coronavirus globally and 4,750 people have died, according to a Reuters tally.

New York City Mayor Bill De Blasio declared a state of emergency in the city on Thursday as the number of confirmed cases climbed to 95, up from 12 at the beginning of the week.

Citigroup has put signs around its New York City headquarters asking visitors and employees not to sit on certain chairs to practice social distancing.

Another Wall Street investment bank ran overnight disaster tests on its remote working systems this week to prepare for having more bankers work from home.

“It’s not a matter of if, it’s when,” said a bank source familiar with the contingency planning efforts.

(Reporting by C Nivedita in Bengaluru and Imani Moise and Elizabeth Dilts Marshall in New York; Editing by David Gregorio and Matthew Lewis)