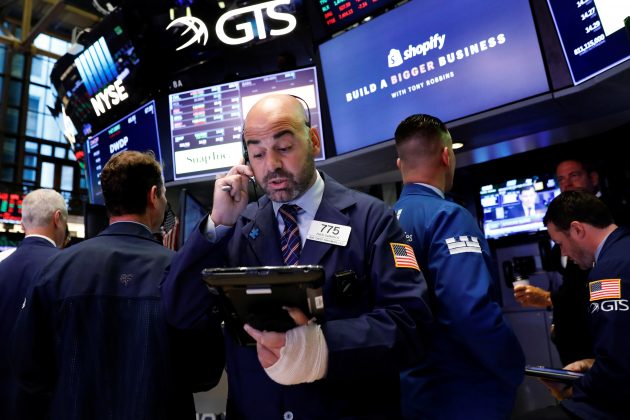 (Reuters) – The three major Wall Street indexes fell more than 1 percent on Tuesday and were on track to mark their worst single-day fall in nearly three weeks, weighed down by mounting tensions on the Korean peninsula.

North Korea on Sunday conducted its sixth nuclear test, which it said was of an advanced hydrogen bomb for a long-range missile, marking a dramatic escalation of the regime’s stand-off with the United States and its allies.

South Korea’s Asia Business Daily, citing an unidentified source, reported that North Korea had moved what looked like an intercontinental ballistic missile towards its west coast, possibly in preparation for a launch.”It looks as though escalation has gone to the next level, but there are lot of things in the coming weeks that may be causing people to get a little bit more cautious,” said Randy Frederick, vice president of trading and derivatives for Charles Schwab in Austin, Texas.

Wall Street may face a rough ride in September, typically the worst month for stocks, if there is a showdown in Washington over the U.S. budget and the federal debt ceiling.

Nine of the 11 major S&P sectors were lower. Financial stocks <.SPSY> were the worst hit, putting them on track for their biggest one-day fall since mid-May, after an influential Federal Reserve policymaker struck a dovish tone on interest rates.

Fed Governor Lael Brainard said U.S. inflation is falling “well short” of target so the central bank should be cautious about raising interest rates any further until it is confident that prices are headed higher.

Goldman Sachs’ <GS.N> fell 3.3 percent, dragging down the Dow; while the S&P was pulled lower by a more than 2 percent fall in shares of JPMorgan <JPM.N> and Bank of America <BAC.N>.

Shares of United Technologies <UTX.N> were down 4.49 percent after Boeing <BA.N> said on Tuesday it would look closely at United’s $23 billion buy of Rockwell Collins <COL.N>. Boeing was down 1.2 percent and Rockwell inched up 0.5 percent.

Insmed <INSM.O> shares more than doubled after the company said its drug for the treatment of a rare and serious lung disorder met the main goal in a late-stage study.

(Reporting by Sruthi Shankar in Bengaluru; Editing by Anil D’Silva)