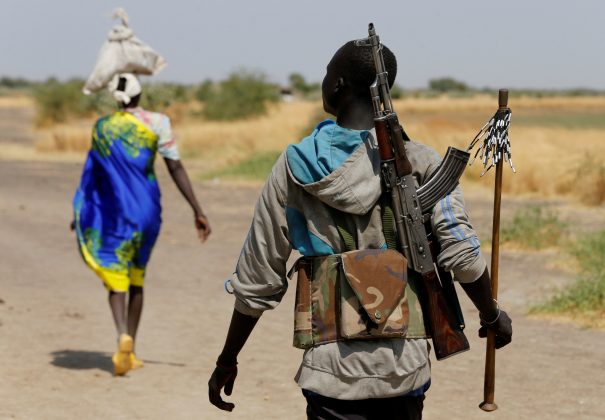 NAIROBI (Reuters) – South Sudan’s parliament has passed its 2017/2018 budget but, after four years of war, acknowledged it does not know where much of the funding will come from.

Wani Buyu Dyori, undersecretary for planning at the Finance Ministry, told reporters after the approval of the budget on Monday that funding would be “difficult”.

As an example, of why he noted that the main road from Uganda, where most of the country’s food is imported from, is currently flooded and impassable.

Supplies of fuel and food to the capital, Juba, have halted, he said, risking further food shortages and shutting off one of the few sources of non-oil revenue.

“The business community is not getting goods in and whom do we tax if [goods] are not coming?”

The finance ministry said last month that it needs donors to fund more than a third of the proposed budget.

Countries are reluctant to do so due to conflict, corruption and mismanagement. Civil servants and soldiers go unpaid for months.

“We are also looking for loans,” he said, without giving details.

Civil war broke out in 2013 and continues to disrupt the functioning of the government in Juba. The war also slashed oil output, source of nearly 100 percent of hard currency earnings, causing hyperinflation that has rendered the South Sudan Pound (SSP) almost worthless.

The largest expenditure categories in the 46.5 billion SSP ($300 million) are for security, accounting for 27 percent of approved spending, and administration, accounting for nearly 29 percent. Administration includes the office of the president, Salva Kiir.

South Sudan’s leaders and their families have amassed great wealth during the conflict, according to a report by U.S. advocacy group The Sentry, which was co-founded by actor George Clooney. The government dismissed the findings.

The ministry said last month that oil production will fall to around 110,000 barrels per day this year, down from 130,000 which was already half of output at the country’s peak.

The United Nations declared famine in parts of the country in February. The war has forced more than a quarter of the population of 12 million to flee their homes.