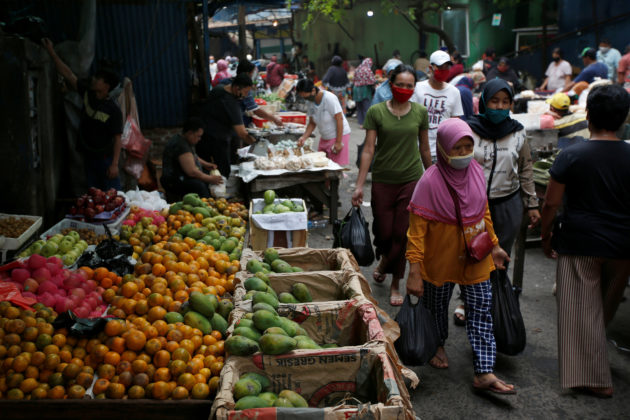 U.S. students are returning to school in person and online in the middle of a pandemic, and the stakes for educators and families are rising in the face of emerging research that shows children could be a risk for spreading the new coronavirus.

Several large studies have shown that the vast majority of children who contract COVID-19, the disease caused by the virus, have milder illness than adults. And early reports did not find strong evidence of children as major contributors to the deadly virus that has killed more than 780,000 people globally.

But more recent studies are starting to show how contagious infected children, even those with no symptoms, might be.

Novel coronavirus infections have spread nationwide from a church in the South Korean capital, raising fears that one of the world’s virus mitigation success stories might yet suffer a disastrous outbreak, a top health official said on Thursday.

“The reason we take the recent situation seriously is because this transmission, which began to spread around a specific religious facility, is appearing nationwide through certain rallies,” Vice Health Minister Kim Gang-lip told a briefing.

The positive cases from the rallies include people from nine different cities and provinces across the country. Kim did not identify those places but said 114 facilities, including the places of work of infected people, were facing risk of transmission.

The spread of the coronavirus in Brazil could be about to slow, the Health Ministry said, amid reports the transmission rate has fallen below a key level and early signs of a gradual decline in the weekly totals of cases and fatalities.

The cautious optimism comes despite figures again showing a steady rise in the number of confirmed cases and death toll in the last 24 hours, cementing Brazil’s status as the world’s second biggest COVID-19 hot spot after the United States.

U.S. President Donald Trump on Wednesday touted the use of convalescent plasma as a treatment for COVID-19 and suggested a reported decision by regulators to put on hold an emergency authorization for its use could be politically motivated. “I’ve heard fantastic things about convalescent plasma,” Trump told a briefing.

An emergency approval by the Food and Drug Administration (FDA) for the use of blood plasma as a coronavirus treatment has been put on hold over concerns the data backing it was too weak, the New York Times reported on Wednesday. The FDA did not respond to a request for comment.

People who survive an infectious disease such as COVID-19 are left with blood plasma containing antibodies the body’s immune system created to fight off a virus. This can be transfused into newly infected patients to try to aid recovery.

Chinese state newspapers threw their support behind an amusement park in the central city of Wuhan on Thursday after pictures of a densely packed pool party at the park went viral overseas amid concerns about the spread of COVID-19.

Videos and photos of an electronic music festival at the Wuhan Maya Beach Water Park on July 11 raised eyebrows overseas, but reflected life returning to normal in the city where the virus causing COVID-19 was first detected, the official English-language China Daily newspaper said in a front-page story.

Another story in the Global Times, a tabloid published by the ruling Communist Party’s People’s Daily, cited Wuhan residents as saying the pool party reflected the city’s success in its virus-control efforts.