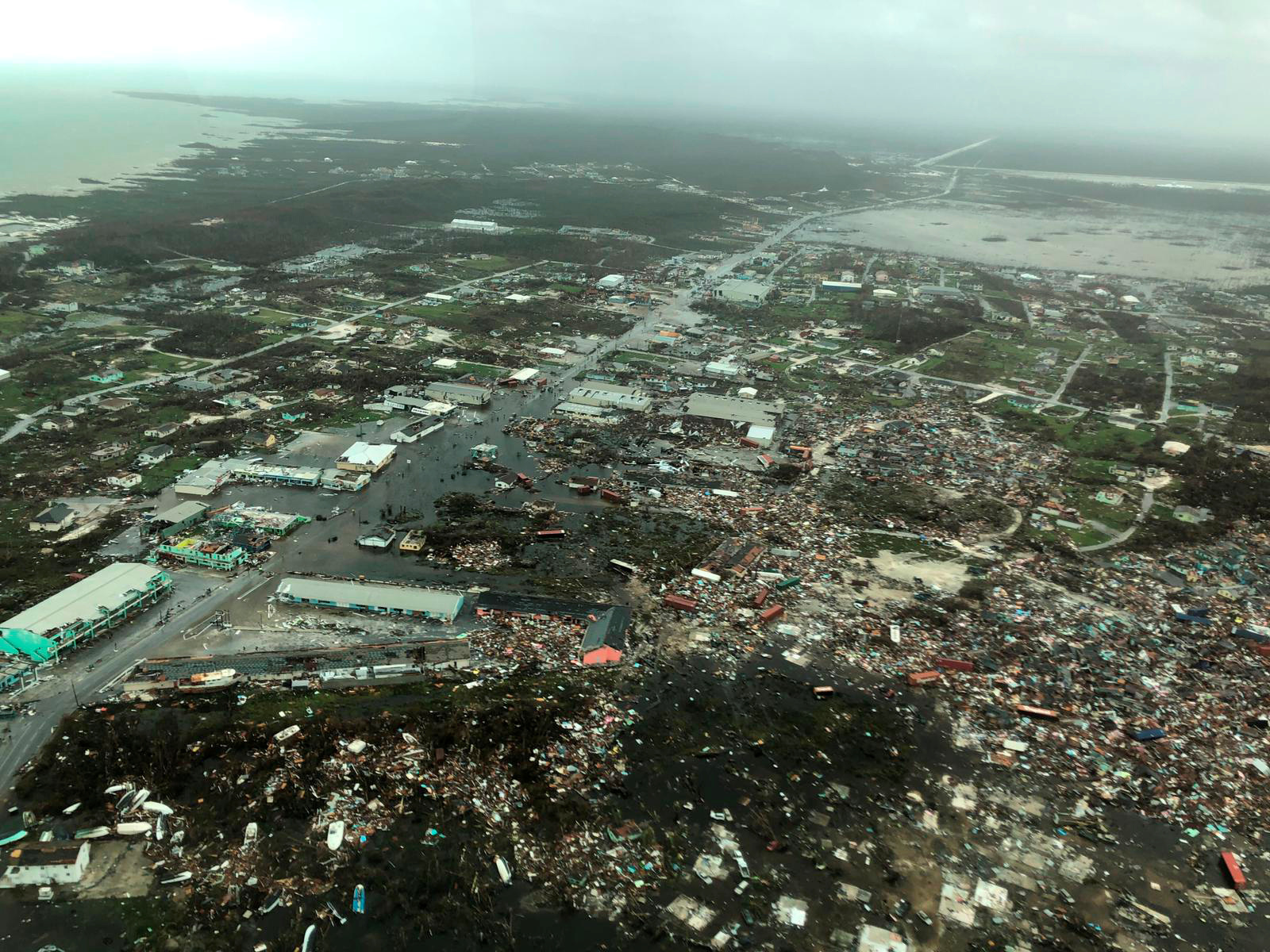 MARSH HARBOUR, Bahamas (Reuters) – Debris extended for miles and floods covered much of the Bahamas in the wake of Hurricane Dorian, in what the archipelago’s prime minister called one of the worst disasters to ever strike the island nation.

Emergency workers struggled to reach victims as search and rescue operations continued into Wednesday and the scope of the damage and humanitarian crisis unfolded.

“We are in the midst of one of the greatest national crises in our country’s history,” Bahamas Prime Minister Hubert Minnis told a news conference. “No effort or resources will be held back.”

News media reported early on Wednesday that some storm victims remained stuck on rooftops, waiting for rescue. The official death count of seven is expected rise in the coming days. 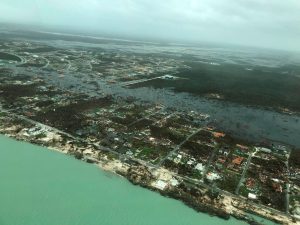 “We can expect more deaths to be recorded. This is just preliminary information,” Minnis told a news conference.

“Marsh Harbor has suffered, I would estimate, in excess of 60 percent damage to their homes,” Minnis said, referring to the port on Great Abaco.

“The Mud, as we know, has been completely destroyed or decimated,” he said referring to a shantytown known as the Mud and the Peas.

“Victims are being loaded on flatbed trucks across Abaco,” said one Twitter poster with the handle @mvp242, describing a rain-blurred photograph of limp bodies strewn across a truck bed. Other Twitter messages said whole communities were swept away.

Dorian’s winds had diminished to a Category 2 storm on the five-step Saffir-Simpson intensity scale, the hurricane grew in size and picked up speed.

Forecasters said it would come dangerously close to Florida’s east coast on Wednesday, where more than a million people have been ordered evacuated.

“On this track, the core of Hurricane Dorian will move dangerously close to the Florida east coast and the Georgia coast through tonight,” a 5 a.m. NHC advisory said.

Hurricane-force winds had expanded to 60 miles from the storm’s core. “Dorian is expected to remain a powerful hurricane during the next couple of days,” the NHC said.

Heavy rains and storm surge waters moving inland could cause life-threatening flash floods, the NHC said. The risk extended from Jupiter, Fla., to Surf City, N.C. Tornadoes are possible along the Florida coast until tonight, with the risk later moving to Georgia and South Carolina. 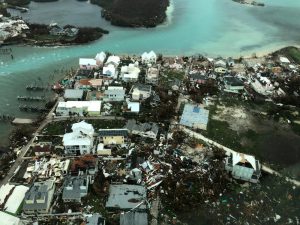 With telephones down on Abaco and Grand Bahama islands, residents posted lists of missing loved ones across social media.

A single Facebook post by media outlet Our News Bahamas seeking the names of missing people had 1,600 comments listing lost family members since it went live on Tuesday morning.

The exact toll in the Bahamas will not be clear until the storm passes and rescue crews can get to devastated areas, said Theo Neilly, the Bahamian consul general in Washington.

“We expect it to be very devastating and the damage to be extreme,” Neilly said. Dorian has battered the Bahamas for the past three days.

As many as 13,000 homes in the Bahamas may have been destroyed or severely damaged, the International Federation of Red Cross and Red Crescent Societies said, in the strongest storm ever to hit the Bahamas.

Food may be required for 14,500 people in the northern Bahamas’ Abaco Islands and for 45,700 people in Grand Bahama, the U.N. World Food Programme said in a statement. The preliminary estimates were based on an assessment by representatives of Caribbean nations, the WFP and other groups.

The U.S. Agency for International Development said on Twitter it was air-lifting critical relief items, such as plastic sheeting, hygiene kits, and water containers, from Miami to the Bahamas. The U.S. Coast Guard said four of its helicopters were assisting in humanitarian efforts.

Dorian, which killed one person in Puerto Rico before striking the Bahamas on Sunday, is tied for the second-strongest Atlantic storm to make landfall with Gilbert (1988), Wilma (2005) and the 1935 Labor Day hurricane.

Tropical-storm-force winds and rain squalls were already lashing parts of the Florida coast early on Wednesday, and hurricane-force winds are possible today. The winds and heavy surf is likely to hit the Georgia, South Carolina and North Carolina coasts by late on Thursday. More than a million people were ordered to evacuate coastal counties in those states.

President Donald Trump declared a state of emergency for South Carolina on Tuesday, freeing funds, other federal resources and manpower to assist during the storm and aftermath recovery. Emergencies have already been declared in Florida and Georgia. 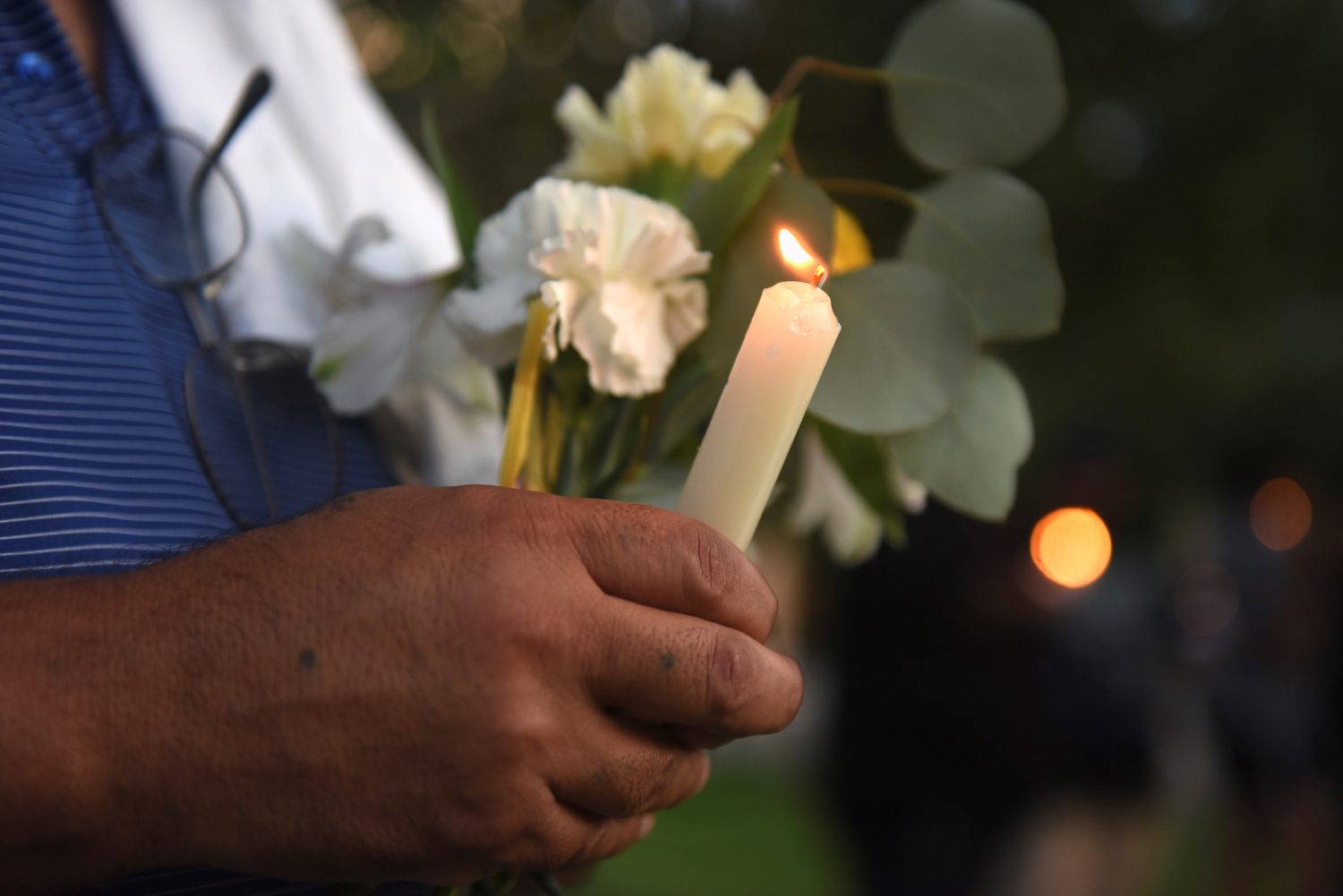