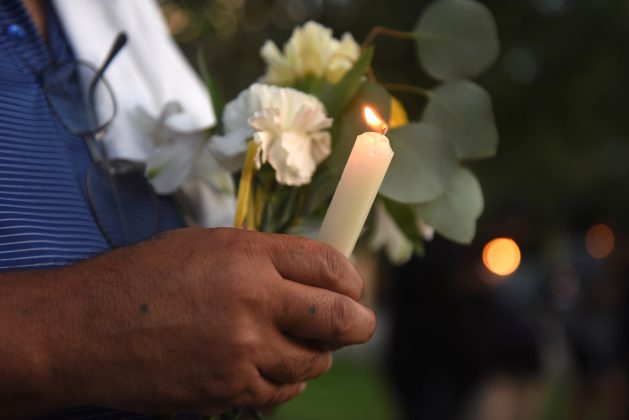 A man holds flowers and a candle as people gather for a vigil following Saturday's shooting in Odessa, Texas, U.S. September 1, 2019. REUTERS/Callaghan O'Hare