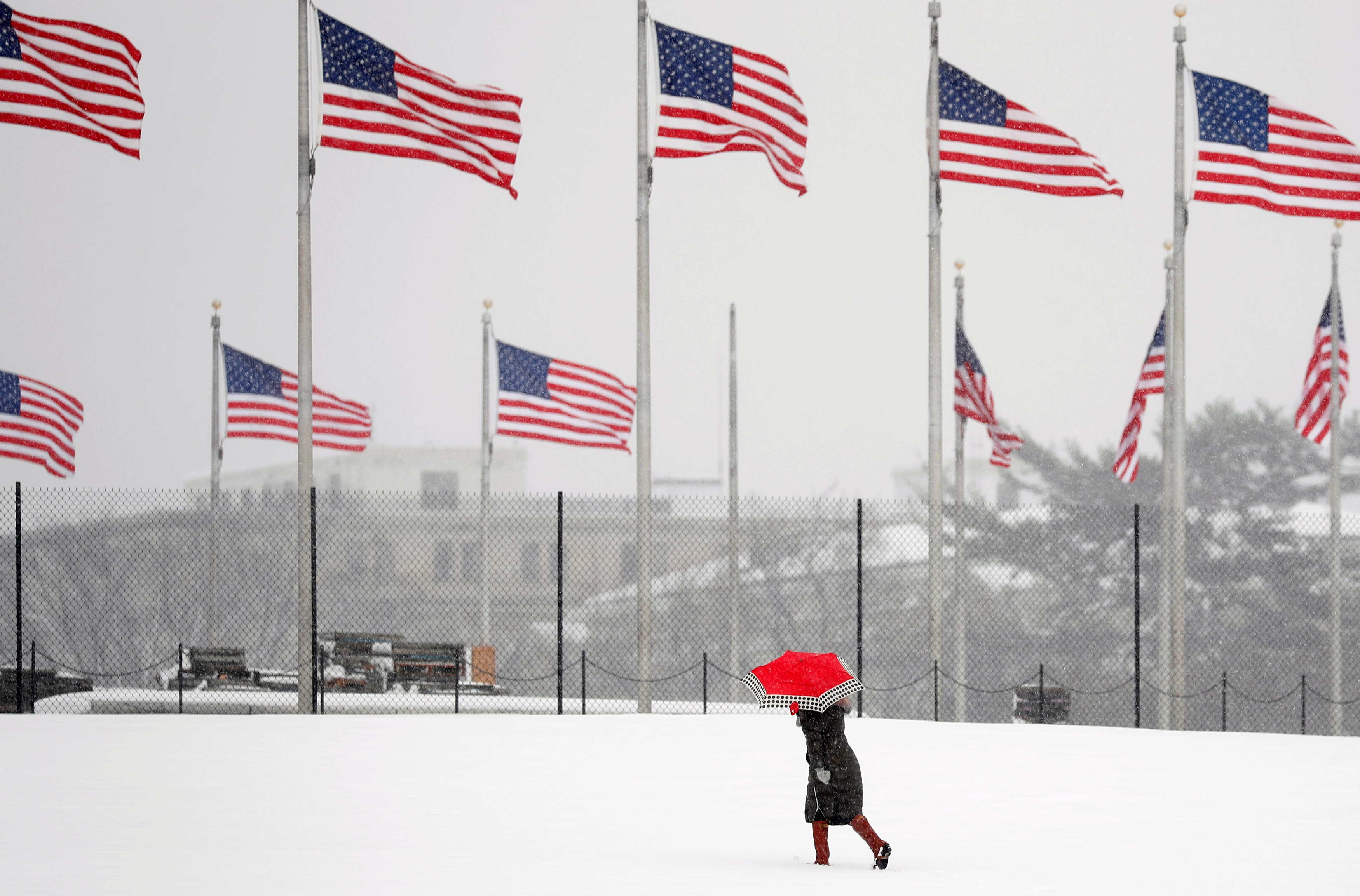 The storm will have passed over the Northeast by dawn Thursday. By then, it will have dumped 8 inches of snow on Philadelphia, 12 inches on New York City, and 17 inches over northern Maryland and southern Pennsylvania, said Weather Prediction Center meteorologist Marc Chenard.

The storm faded as it reached New England, which received less snow than had been forecast, Chenard said.

The wintry blast on the second day of spring was dubbed “four’easter” by some media outlets because it struck after three previous storms this month. Those nor’easters left nine dead and more than 2 million homes and businesses without power.

While he offered no guarantees, Chenard told Reuters: “At this point, I would say there is a good chance this is the last” Northeast snowstorm for March.

Schools in the largest U.S. school district in New York City will reopen on Thursday after being shut on Wednesday, city officials said.

“Don’t go out unless you absolutely have to go out,” New Jersey Governor Phil Murphy said on Twitter on Wednesday. Murphy on Tuesday declared a state of emergency as crews cleared roadways and transit bus service was suspended statewide.

Murphy said at least one death was caused by the storm in a traffic crash, NJ.com reported, and the New York Daily News reported that a woman was killed on Long Island in another traffic accident.

Throughout the East Coast, many other buses and trains, including some Greyhound bus and Amtrak rail routes, that millions of people rely on to commute to and from work and school also canceled service on Wednesday.

“We’re not going to let the snow get in the way of our snow day,” said Cheryl Mandelbaum, 30, an elementary school teacher who was taking pictures with a friend, another teacher who had the day off.

Several inches of snowfall in Washington and its suburbs forced the closure of federal government offices, according to the U.S. Office of Personnel Management. The office also said federal agencies told workers to arrive two hours later than usual on Thursday, work remotely or take the day off.

Washington schools were also closed, and children in Philadelphia, parts of New Jersey and Pittsburgh also enjoyed a snow day. In Boston, students were told to trudge to school.

Airlines scrapped 4,444 flights within, into and out of the United States, according to flight tracking website FlightAware, and 3,206 U.S. flights were delayed.

As the storm ends for the Northeast on Thursday morning, parts of coastal California will be poised for possible mudslides.

About 25,000 people were under mandatory evacuation orders in Santa Barbara and Ventura counties, Santa Barbara officials said on Wednesday night. The evacuations are called mainly in hillside areas burned by winter wildfires and where in January 21 people were killed in mudslides.

No one had been hurt by Wednesday night, said Kelly Hoover of the Santa Barbara County Sheriff’s Office, who added that heavy rains were expected from 5 to 11 a.m. on Thursday. 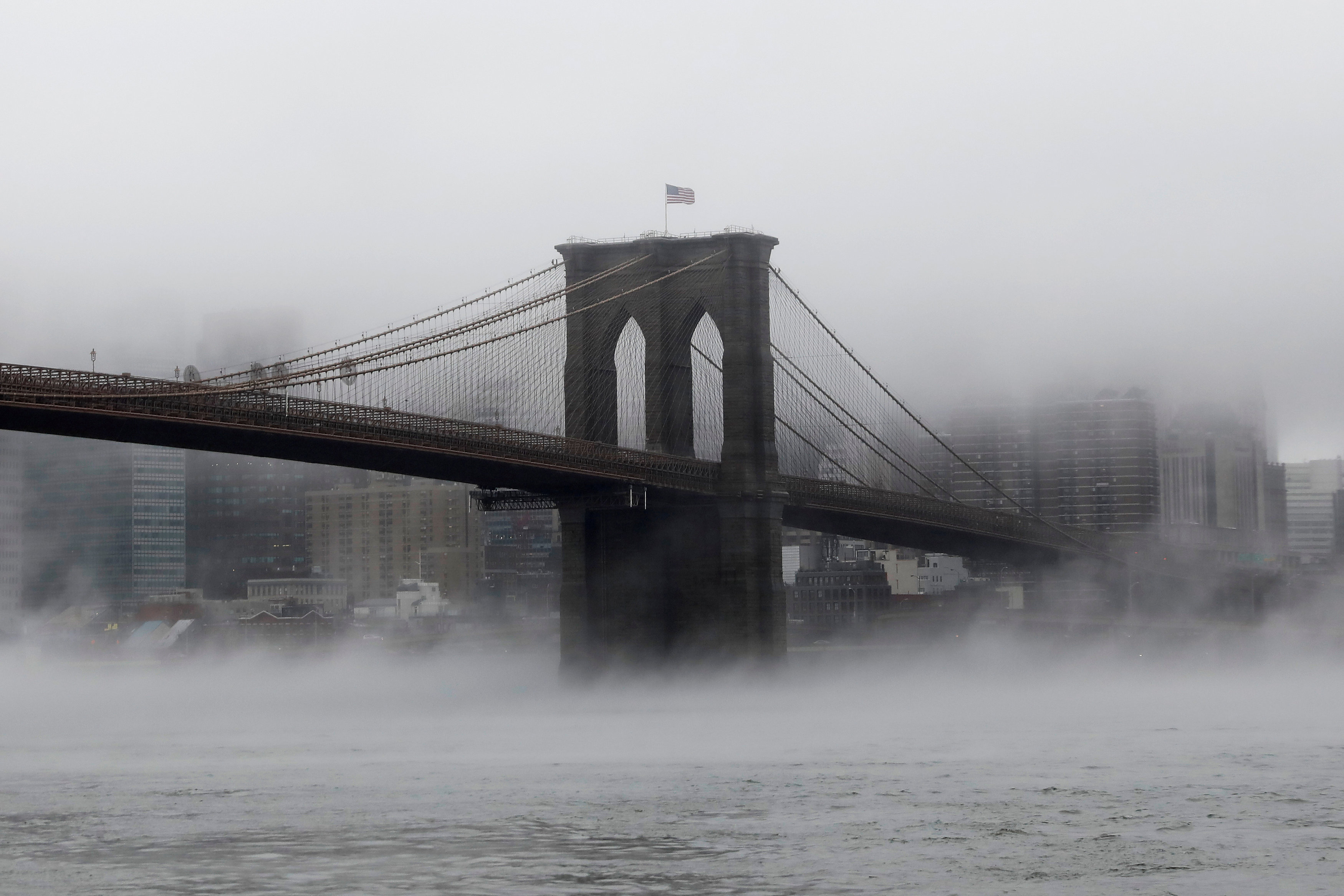 As the storm sweeps across southeast Texas and up the East Coast dumping snow, sleet and freezing rain, airlines have already canceled flights into Wednesday in anticipation of difficult conditions.

American Airlines, the world’s largest airline by passenger traffic, had canceled some 270 flights between Tuesday and Wednesday as a result of the storm, it said.

Rival Delta Air Lines, the No. 2 U.S. carrier by passenger traffic, said it had canceled about 275 Tuesday flights and expected additional cancellations in New York and Boston as the storm tracked north.

The third-largest U.S. carrier, United Airlines, said it had canceled more than 700 flights on Tuesday. United was offering to waive fees for changes to flights to and from Boston, New York, Philadelphia and other affected airports for scheduled Tuesday and Wednesday flights.

The storm itself is relatively minor compared to other winter weather events, and several hundred flights represent only a tiny percentage of airlines’ overall operations. But such storms are still a nuisance to carriers and can cost them millions of dollars in lost revenue.

A massive winter storm at the onset of the year caused thousands of cancellations, as several inches of snow and ice paralyzed the U.S. Northeast and forced the closure of some of the region’s biggest airports.