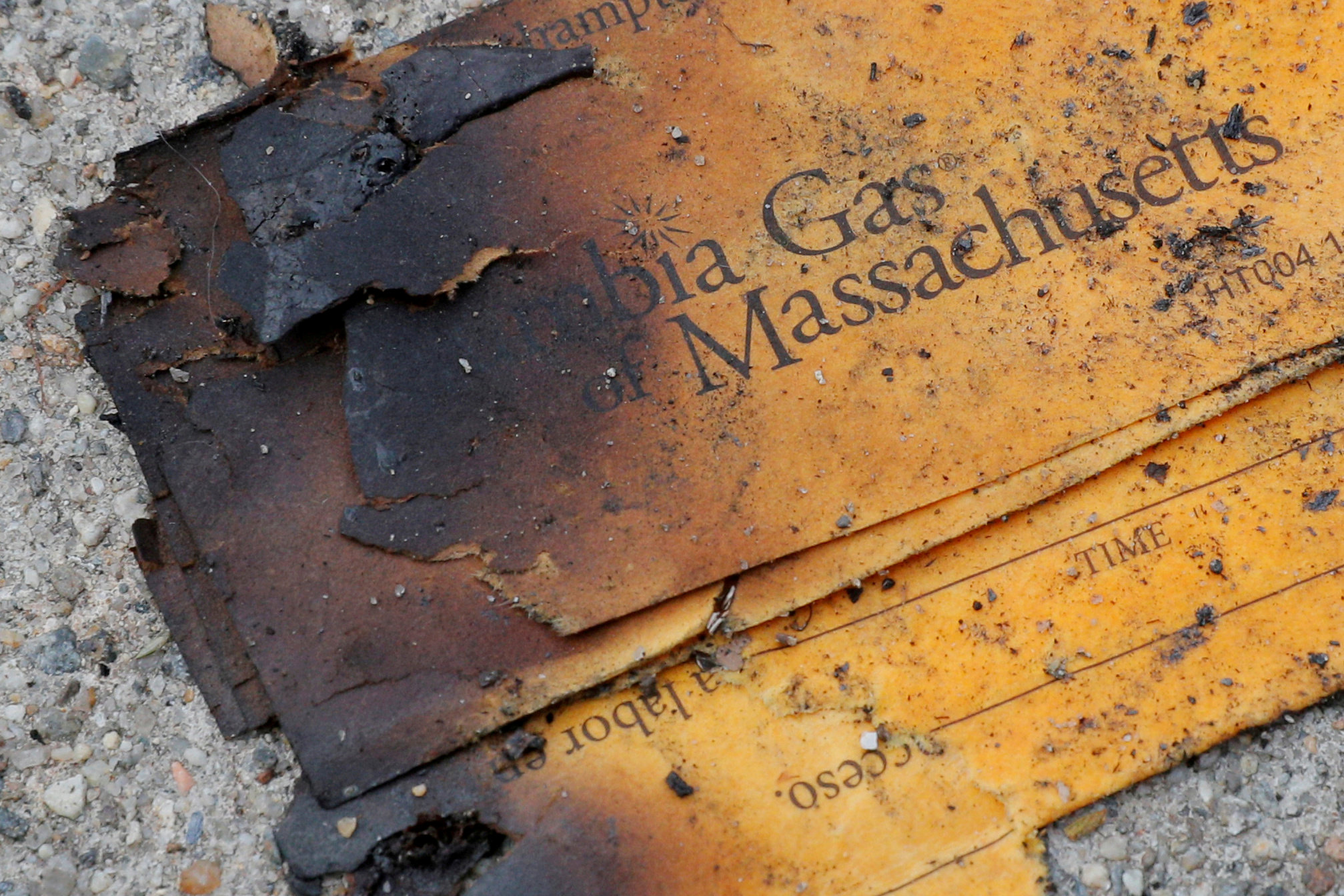 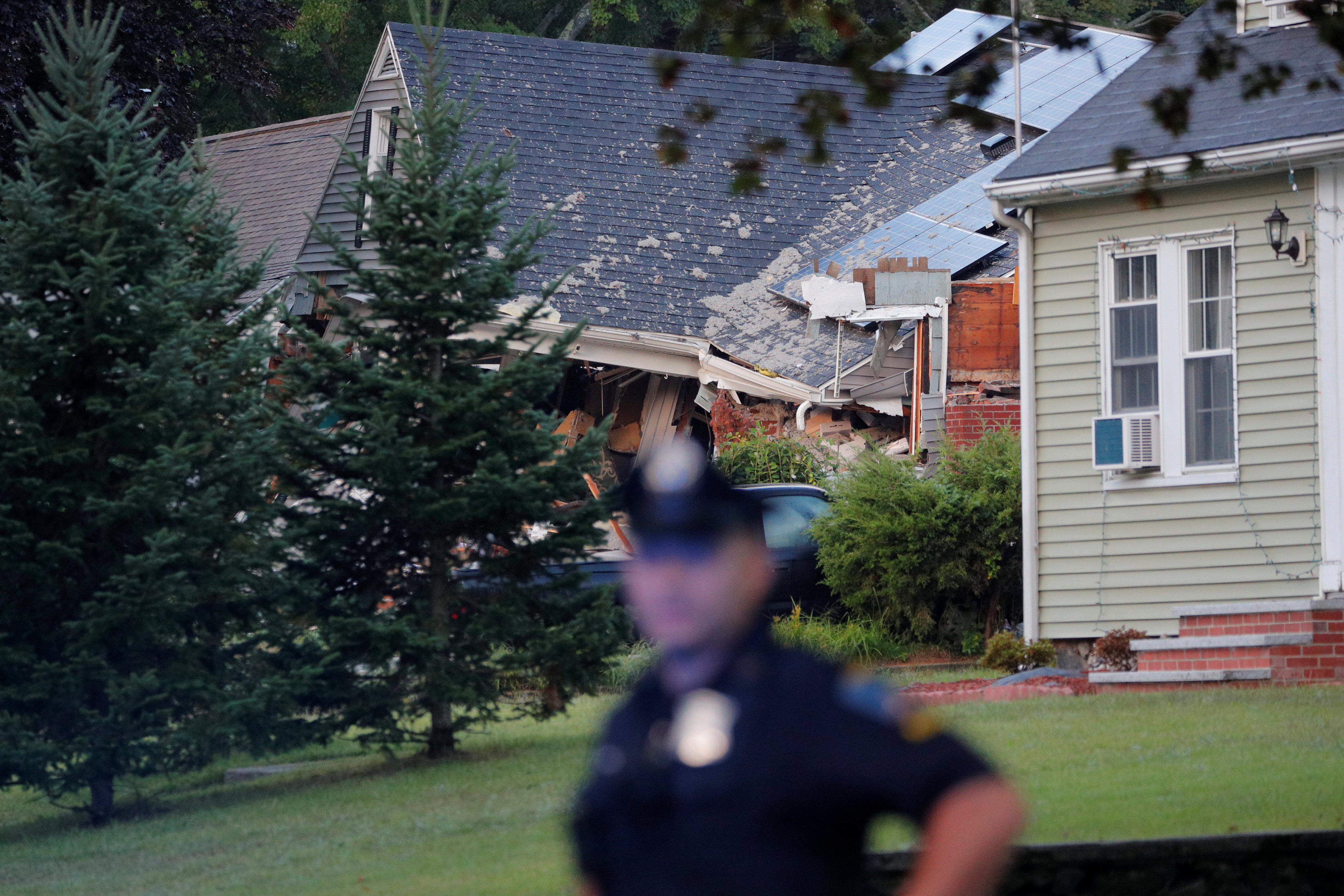 ANDOVER, Mass. (Reuters) – Some 8,000 people were prevented from returning home in Boston suburbs on Friday as investigators scrambled to find out the cause of dozens of gas explosions that killed at least one person and injured about 12 more.

The blasts on Thursday destroyed scores of homes and other buildings in Andover, North Andover and Lawrence, left more than 18,000 homes and businesses without power and forced thousands of people from their homes. 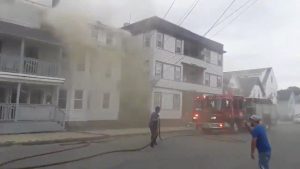 Investigators suspected “over-pressurization of a gas main” belonging to Columbia Gas of Massachusetts led to the series of explosions and fires, Andover Fire Chief Michael Mansfield said on Thursday.

Massachusetts State Police said around 70 fires, explosions or investigations of gas odor had been reported.

“This has been obviously an incredibly difficult day,” Massachusetts Governor Charlie Baker said in a news conference early on Friday.

Those driven from their homes “should expect that the restoration process will take several days or longer,” Andrew Maylor, the town manager of North Andover, said on Twitter.

National Transportation Safety Board Chairman Robert Sumwalt said it would likely take investigators some time to examine the pipeline’s design, maintenance, and upgrades.

“The truth of the matter is we really don’t have any factual information at this point to confirm,” Sumwalt said on Friday.

Columbia Gas, a unit of utility NiSource Inc, is investigating, NISource spokesman Ken Stammen said on Thursday. Before the explosions, Columbia Gas had said it would be upgrading gas lines in neighborhoods across the state, including the affected suburbs. 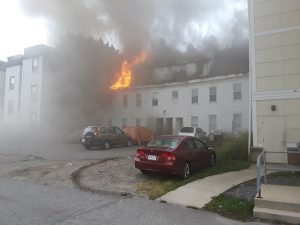 Eighteen-year-old Leonel Rondon died when his car was crushed by a falling chimney, a spokeswoman for the Essex County District Attorney’s office said. Lawrence General Hospital said it had treated 13 people for injuries ranging from smoke inhalation to blast trauma.

Guilia Holland, a 35-year-old mechanic in a wheelchair, said she had just gotten off a bus returning home when she saw “a big flash of light” at the house where she had been renting a room for a month.

“Good thing I wasn’t home or I wouldn’t be talking about it,” she said outside an elementary school in Lawrence that the Red Cross had converted into a shelter for about 170 people.

South Lawrence Mayor Daniel Rivera urged residents to stay away from their homes.

“There could be still a gas leak in your home,” Rivera said. “You can’t see it and in some cases you won’t be able to smell it, and God forbid you go to sleep and don’t wake up.”

The U.S. Department of Transportation’s Pipeline and Hazardous Materials Safety Administration said it was sending a team to support the state’s emergency response efforts.

“At this time, the focus remains on ensuring the public safety,” Baker said. “Once that’s complete, we will work with federal government and others to investigate how this occurred and hold the appropriate parties accountable for their actions.”

(Additional reporting by Ross Kerber and Nate Raymond in Boston; Brendan O’Brien in Milwaukee and Makini Brice in Washington; editing by Larry King and Susan Thomas)