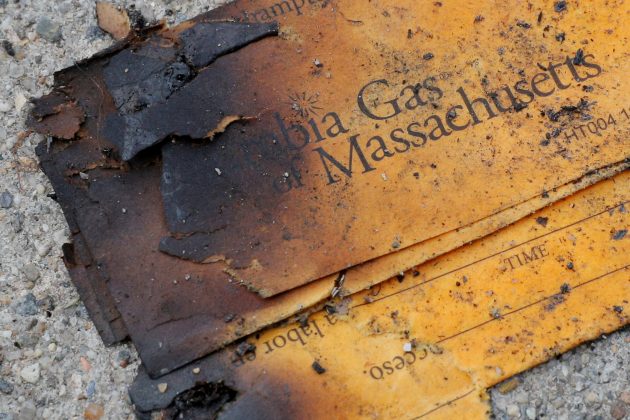 FILE PHOTO: A burnt Columbia Gas of Massachusetts envelope sits on the sidewalk outside a home burned during a series of gas explosions in Lawrence, Massachusetts, U.S., September 14, 2018. REUTERS/Brian Snyder/File Photo