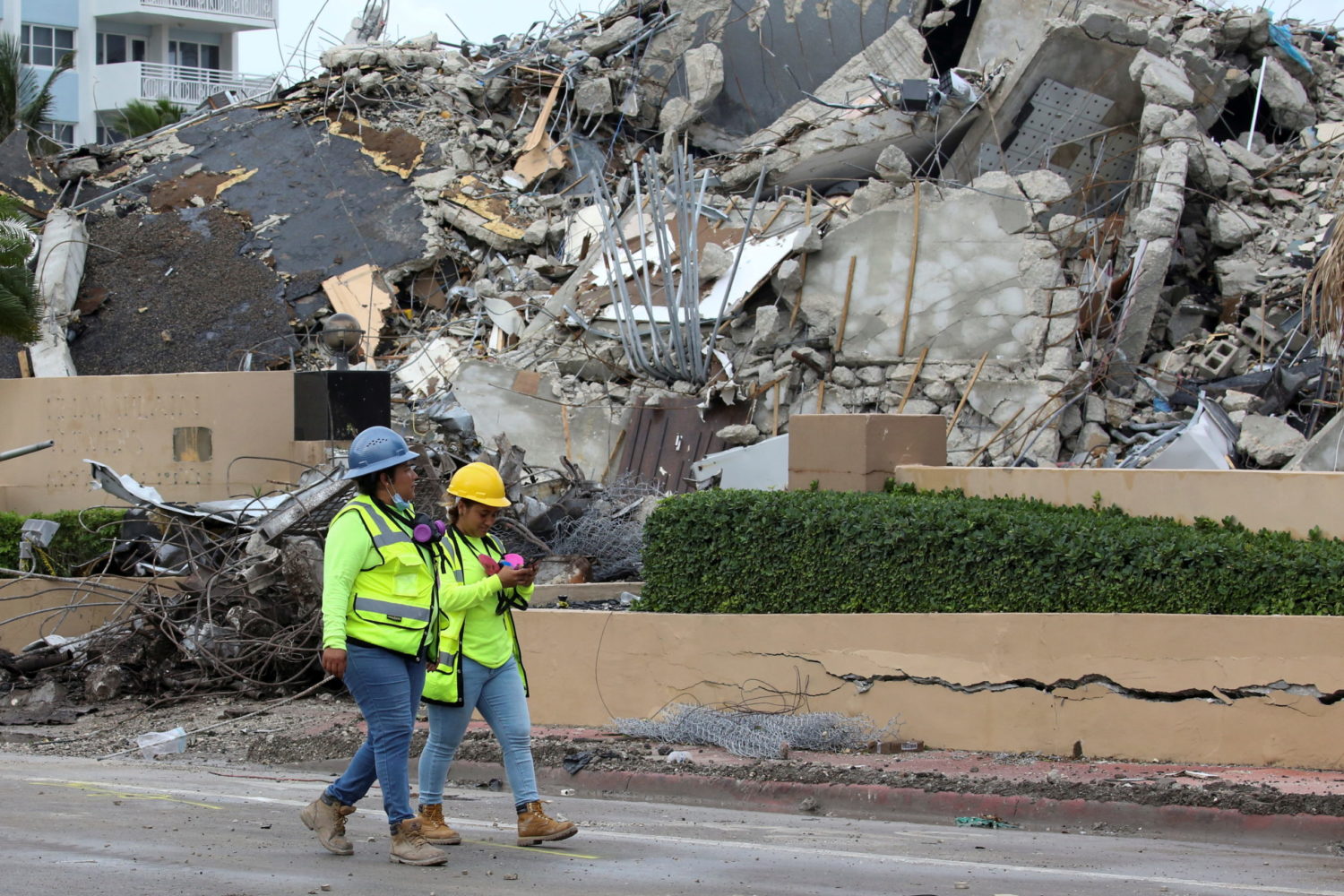 (Reuters) – Searchers at a partially collapsed condominium near Miami found another victim, raising the number of confirmed deaths to 95 on Tuesday as heavy rain and the gruesome challenge of identifying human remains slowed the recovery effort, officials said.

With 892 truckloads of concrete and debris totaling 18 million pounds (8.16 million kg) carted from the Surfside, Florida, site in past 20 days, the search focused on 14 people who were still missing, Miami-Dade County Mayor Daniella Levine Cava said.

While the number of missing, which includes 10 confirmed victims who have yet to be identified, has declined sharply and is less than half of what it was just two days ago, officials said finishing the search would be more time consuming.

“It’s a scientific, methodical process to identify human remains,” Levine Cava told a briefing. “As we’ve said, this work is becoming more difficult with the passage of time, and although our teams are working as hard as they can, it takes time.”

So far, the local medical examiner has identified the remains of 85 of the 95 known victims, and their families have been notified, she added.

The list of those unaccounted for was compiled from all reports received from family members, even if they were uncertain that their missing loved ones were in the building at the time of the collapse, officials said.

The only people known to have survived were pulled from the wreckage within hours after part of the 12-story oceanfront Champlain Towers South condominium complex collapsed without warning in the early morning hours of June 24.

Officials have not yet determined the cause.

Also slowing the process were heavy rains on Monday that flooded the site and its underground garage, and forced searchers to pause while the water was pumped out, officials said.