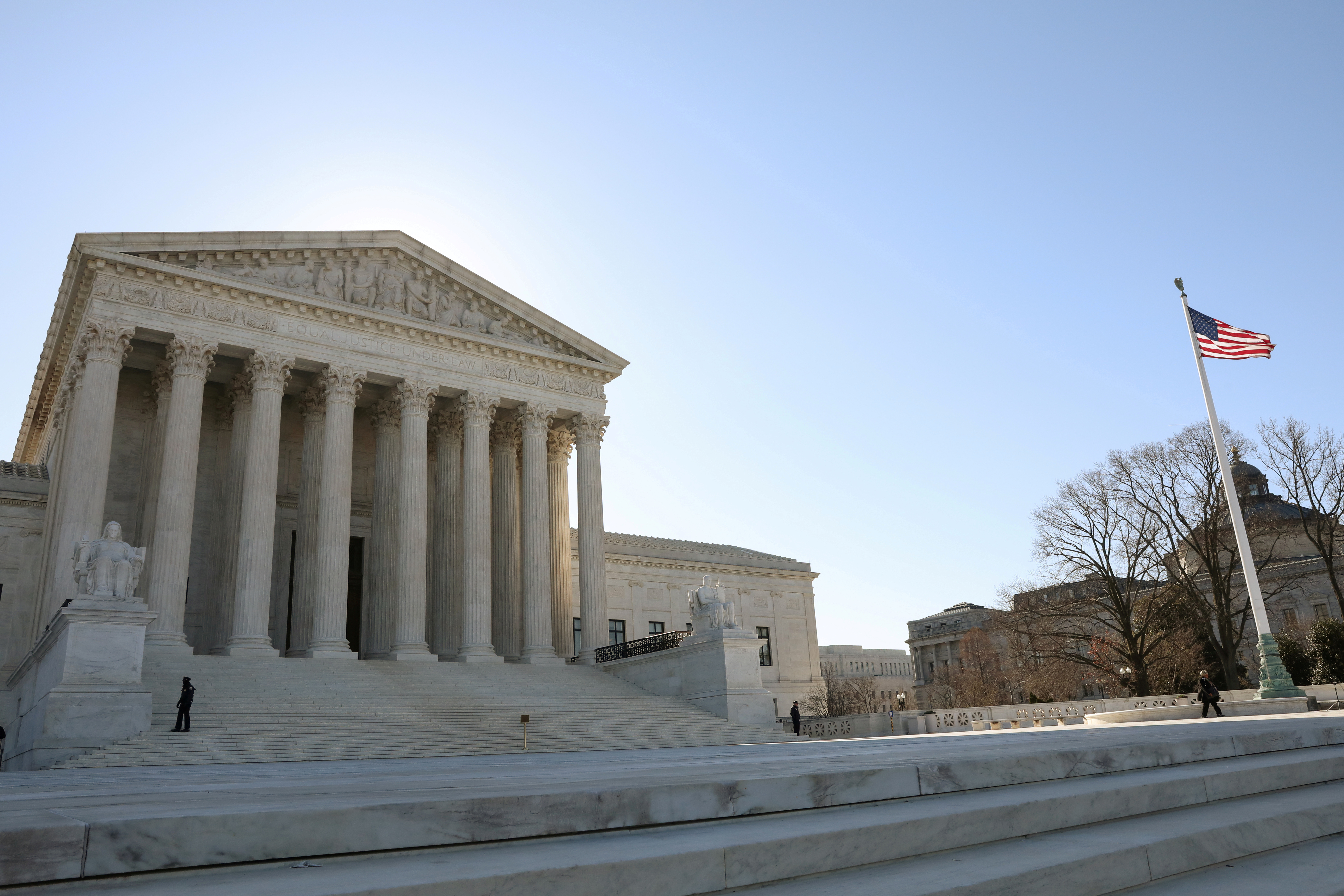 WASHINGTON (Reuters) – The U.S. Supreme Court on Monday took no action on appeals seeking to revive two restrictive Republican-backed abortion laws from Indiana, even as debate rages over a new measure in Alabama that would prohibit the procedure almost entirely.

Neither Indiana case was on the list of appeals on which the court acted on Monday morning. The court could next announce whether or not it will hear the cases on May 28.

If the nine-justice court takes up either case, it would give the conservative majority an opportunity to chip away at the landmark 1973 Roe v. Wade ruling that legalized abortion nationwide and recognized a right under the U.S. Constitution for women to terminate pregnancies.

One of the Indiana laws requires fetal remains to be buried or cremated and bans abortions performed because of fetal disability or the sex or race of the fetus. The other law requires women to undergo an ultrasound examination at least 18 hours before they undergo an abortion.

Both Indiana measures were signed into law in 2016 by Vice President Mike Pence when he was Indiana’s governor and were struck down by federal judges the following year. The state of Indiana is appealing to the Supreme Court.

The Alabama law was signed by Republican Governor Kay Ivey last week but is not set to go into effect for six months. It would outlaw almost all abortions, including in cases of pregnancies resulting from rape or incest. Exceptions would be allowed only to protect the mother’s health. Doctors who perform abortions could face up to 99 years in prison.

The Alabama law was written with the assumption that it would face legal challenges and could ultimately end up at the high court.

Conservative activists have long denounced the Roe v. Wade decision and hope that the conservative Supreme Court justices, who hold a 5-4 majority, will undermine or even overturn it.

Their chances of success were given a boost last year by the retirement of Justice Anthony Kennedy, who had backed abortion rights in two key cases. Kennedy was replaced by President Donald Trump’s conservative appointee Brett Kavanaugh, who has a thin record on abortion.

Legislation to restrict abortion rights has been introduced this year in 16 states. Four governors have signed bills banning abortion if an embryonic heartbeat can be detected.

Kavanaugh and Chief Justice John Roberts, who has voted against abortion rights in previous cases, are seen by legal experts as the key votes to watch.

The high court has two other abortion cases on its docket that it will also act on in the coming months – attempts by Alabama and Louisiana to revive other previously blocked abortion restrictions.

(Reporting by Lawrence Hurley; Editing by Kevin Drawbaugh, Bill Berkrot and Will Dunham) 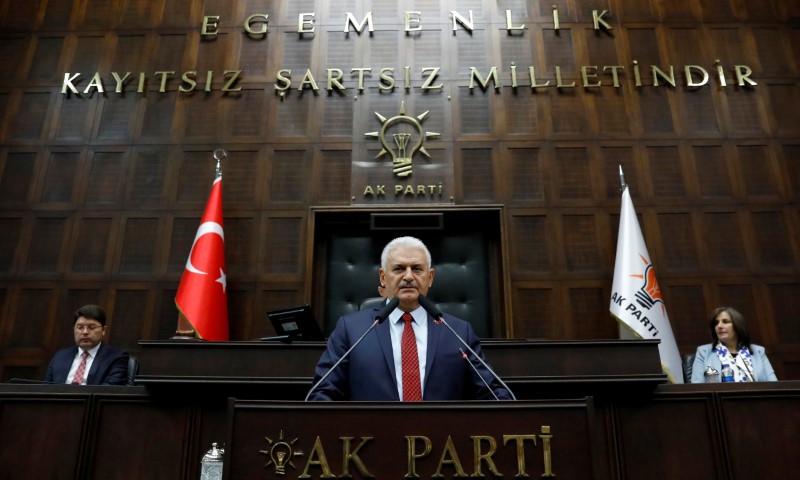 Sunday’s referendum narrowly backed the largest overhaul of Turkey’s political system since the founding of the republic nearly a century ago, giving Erdogan sweeping authority over the NATO member-state.

But the tight result of a highly charged campaign laid bare divisions, while European observers and the head of Turkey’s bar associations union said a decision to count unstamped votes broke electoral law.

The High Electoral Board said it had assessed appeals from the CHP and two other parties at a seven-hour meeting, and rejected them by 10 to one.

In response, CHP Deputy Chairman Bulent Tezcan said his party was considering taking its appeal to Turkey’s Constitutional Court or the European Court of Human Rights.

“This is a serious legitimacy crisis. We will employ all legal ways available,” Tezcan said.

A defiant Erdogan has dismissed the complaints, saying the vote had finally put an end to debate over the powerful presidency he has long sought.

On Wednesday, the ruling AK Party set out plans for Erdogan to gradually resume leadership of the party, a step toward implementing the changes approved in Sunday’s plebiscite.

Turkey’s president has been required to remain above party politics, but that condition was removed in one of the referendum’s 18 amendments.

Prime Minister and AKP leader Binali Yildirim said Erdogan could rejoin the party he founded in 2001 once official results – expected before the end of the month – were announced.

But he said the AKP would not hold a party congress until 2018, indicating Erdogan would not officially become its leader until then, despite widespread expectations that it would happen almost immediately.

The pro-Kurdish opposition HDP, which had appealed along with the CHP for the referendum to be annulled, said the late decision by the electoral board to allow unstamped ballots meant it was impossible to determine how many invalid or fake votes may have been counted.

HDP deputy chairman Mithat Sancar said the vote was also undermined by the fact that the campaign was held under emergency rule while the party’s co-leaders were under arrest, that its candidates for polling station monitors had been rejected, and the “Yes” campaign had benefited from state resources.

“This referendum will forever remain controversial,” he told reporters. “You cannot build a change in the political system on such a controversial and unfair referendum.”

Metin Feyzioglu, head of the Union of Turkish Bar Associations, said the decision to count unstamped ballots, without keeping any record of them, removed the main safeguard against voting fraud.

“What makes any country a democracy is the security of the ballot boxes,” Feyzioglu told Reuters. ” … If your ballots are unsafe, that means that regime is not a democracy.”

Foreign Minister Mevlut Cavusoglu said a critical report by European observers on the referendum contained several mistakes, which he believed were deliberate.

Observers from the Organisation for Security and Cooperation in Europe (OSCE) and the Council of Europe said Sunday’s referendum had been an uneven contest.

“The OSCE’s report has no reliability as their observations lack objectivity and are extremely partial,” Cavusoglu told a news conference in Ankara. 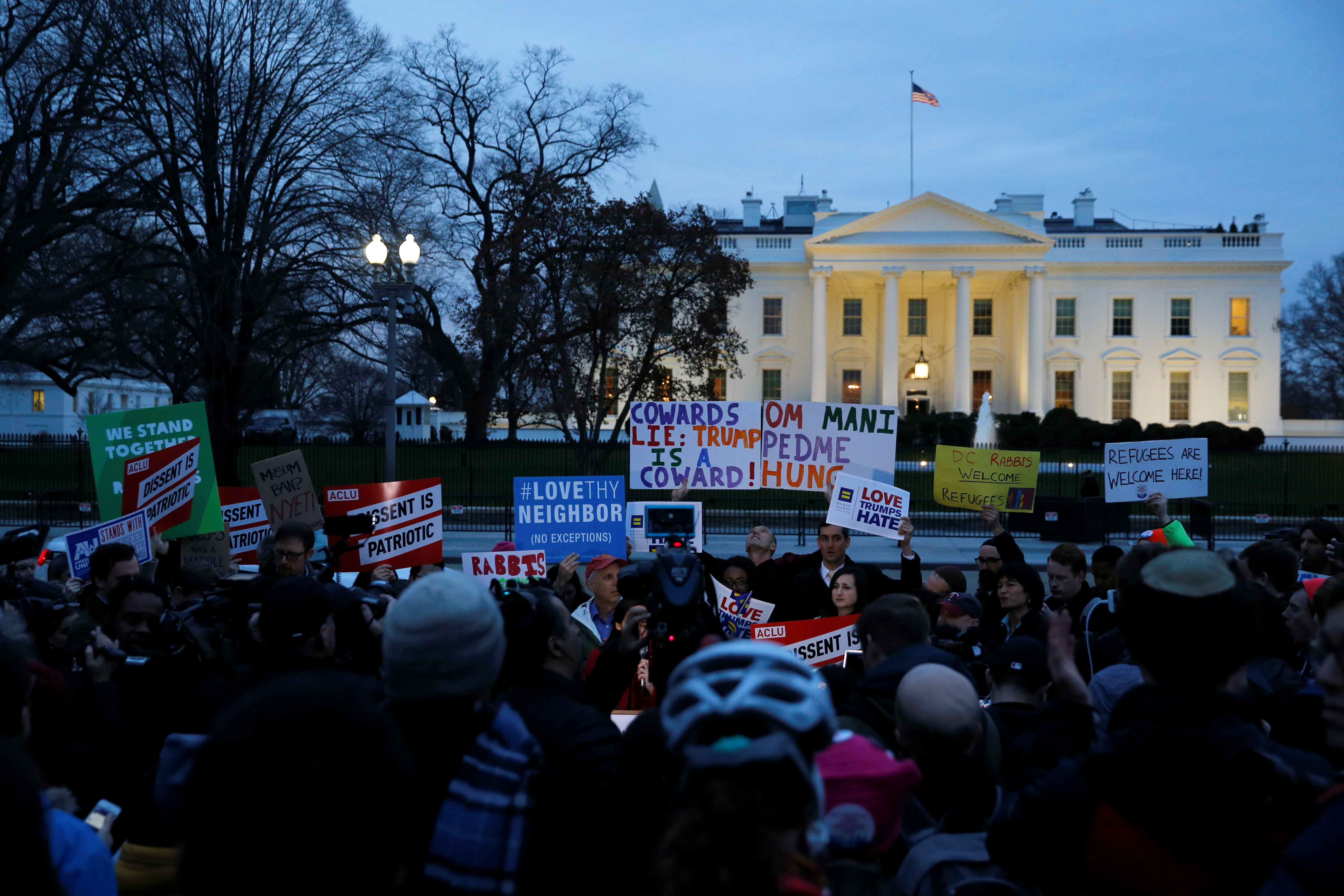 NEW YORK (Reuters) – The U.S. government took the legal battle over President Donald Trump’s travel ban to a higher court on Friday, saying it would appeal against a federal judge’s decision that struck down parts of the ban on the day it was set to go into effect.

The Department of Justice said in a court filing it would appeal against a ruling by U.S. District Judge Theodore Chuang in Maryland to the 4th U.S. Circuit Court of Appeals in Richmond, Virginia.

On Thursday, Chuang issued an emergency halt to the portion of Trump’s March 6 executive order temporarily banning the entry of travelers from six Muslim-majority countries. He left in place the section of the order that barred the entry of refugees to the United States for four months.

Another federal judge in Hawaii struck down both sections of the ban in a broader court ruling that prevented Trump’s order from moving forward.

In Washington state, where the ban is also being challenged, U.S. District Court Judge James Robart put a stay on proceedings for as long as the Hawaii court’s nationwide temporary restraining order remained in place, to “conserve resources” and avoid inconsistent and duplicate rulings.

The decisions came in response to lawsuits brought by states’ attorneys general in Hawaii and refugee resettlement agencies in Maryland who were represented by the American Civil Liberties Union and the National Immigration Law Center.

Detractors argue the ban discriminated against Muslims in violation of the U.S. Constitution’s guarantee of religious freedom. Trump says the measure is necessary for national security to protect the country from terrorist attacks.

The Department of Justice filed a motion late on Friday night seeking clarification of Hawaii’s ruling before appealing to the 9th Circuit U.S. Court of Appeals in San Francisco.

The 9th Circuit court last month upheld a decision by Judge Robart that halted an original, more sweeping travel ban signed by the President on Jan. 27 in response to a lawsuit filed by Washington state.

The new executive order was reissued with the intention of overcoming the legal concerns.

Trump has vowed to take the fight all the way to U.S. Supreme Court.

The 4th Circuit is known as a more conservative court compared to the 9th Circuit, said Buzz Frahn, an attorney at Simpson Thacher & Bartlett who has been tracking the litigation nationwide.

“The government is probably thinking that the 4th Circuit … would lend a friendlier ear to its arguments,” he said.

Judges have said they were willing to look behind the text of the order, which does not mention Islam, to probe the motivation for enacting the ban, Frahn said. Trump promised during the election campaign to ban Muslims from entering the United States.

Hans von Spakovsky, from the Washington D.C.-based Heritage Foundation, said the Department of Justice might want to time their appeals to reach the Supreme Court after Gorsuch is confirmed. He said the court would be likely to hear the case.

“They will take it because of its national importance,” Spakovsky said.