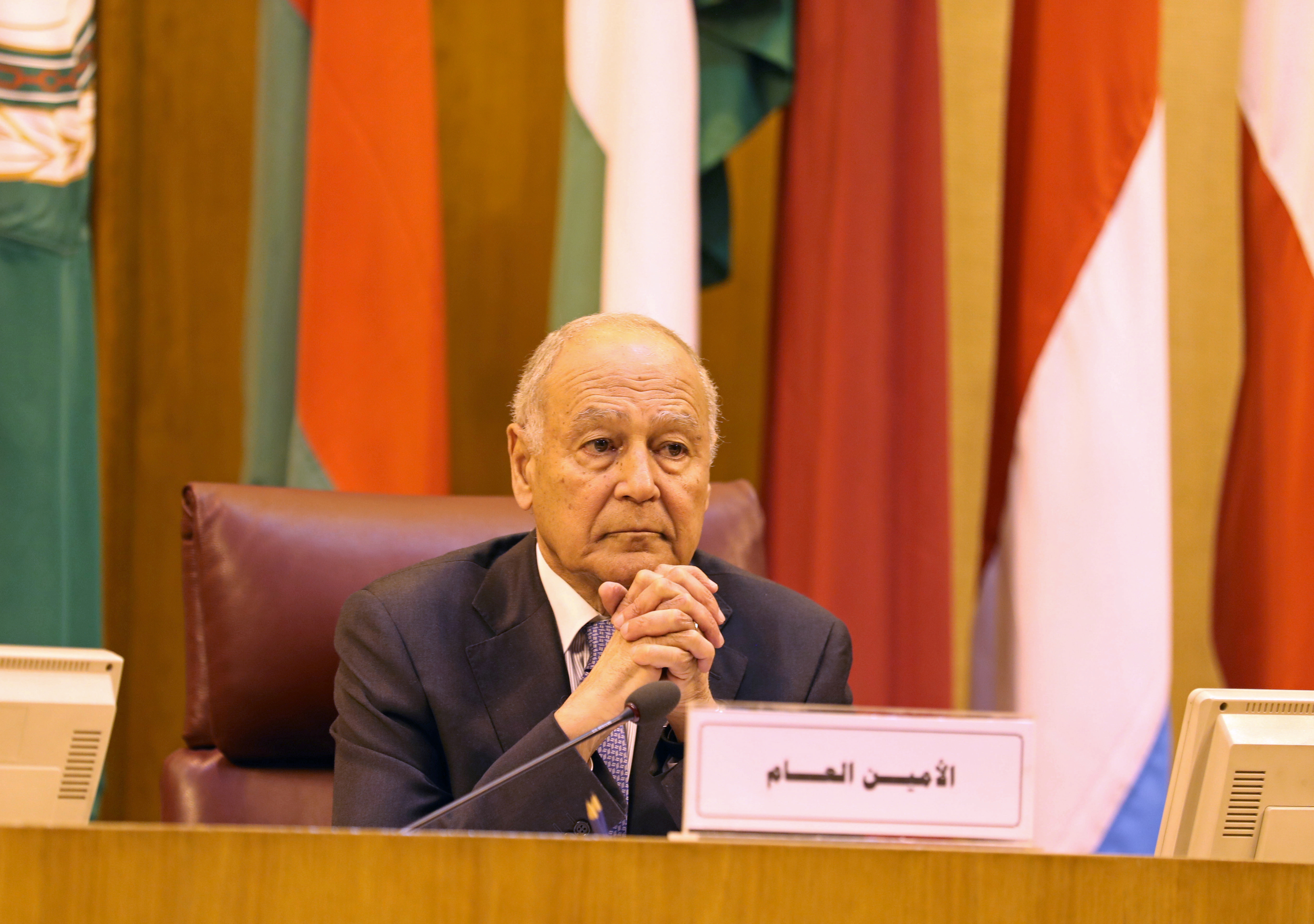 CAIRO (Reuters) – The head of the Arab League warned on Monday that attempts to solve the Israel-Palestinian conflict will be in vain without the establishment of a Palestinian state on all territories occupied by Israel in the 1967 Middle East war.

Ahmed Aboul Gheit’s comments appeared directed at a still unpublished peace plan that U.S. President Donald Trump has dubbed the “deal of the century”. As part of the plan, a U.S.-led conference will be held next week in Bahrain on proposals for the Palestinian economy.

The Palestinian leadership is boycotting the conference, saying Trump’s peace plan is likely to be heavily weighted in favor of Israel and to quash their aspirations for statehood in the occupied West Bank and Gaza Strip.

While the precise outlines of the draft plan have yet to be revealed, Palestinian and Arab sources who have been briefed on it say it jettisons the two-state solution.

“Whatever is rejected by the Palestinian or the Arab side is unacceptable,” Aboul Gheit said during an event at the Arab League.

“What is acceptable from our side as Arabs as a solution is the establishment of a Palestinian state on the June 4, 1967 borders, with Jerusalem as its capital,” he added.

Based in Egypt, the Arab League is often seen as a talking shop rendered ineffective by regional rivalries, but it remains the main forum for Arab opinion on international matters.

Saudi Arabia and Egypt are its most influential members.

Aboul Gheit said that Israel’s acceptance of an Arab Peace Initiative drawn up by Saudi Arabia in 2002, which offers Israel normal ties in return for withdrawal from territory captured in 1967, was the only acceptable solution for Arab states.

“If (Israel) chooses the only reasonable and accepted way from our side as Arabs, which is the establishment of a Palestinian state … it will be accepted in the region as a normal regional partner,” he said.

Palestinians urged Egypt and Jordan to reconsider their attendance at the U.S.-led conference in Bahrain, voicing concern it would weaken any Arab opposition to Washington’s coming peace plan. 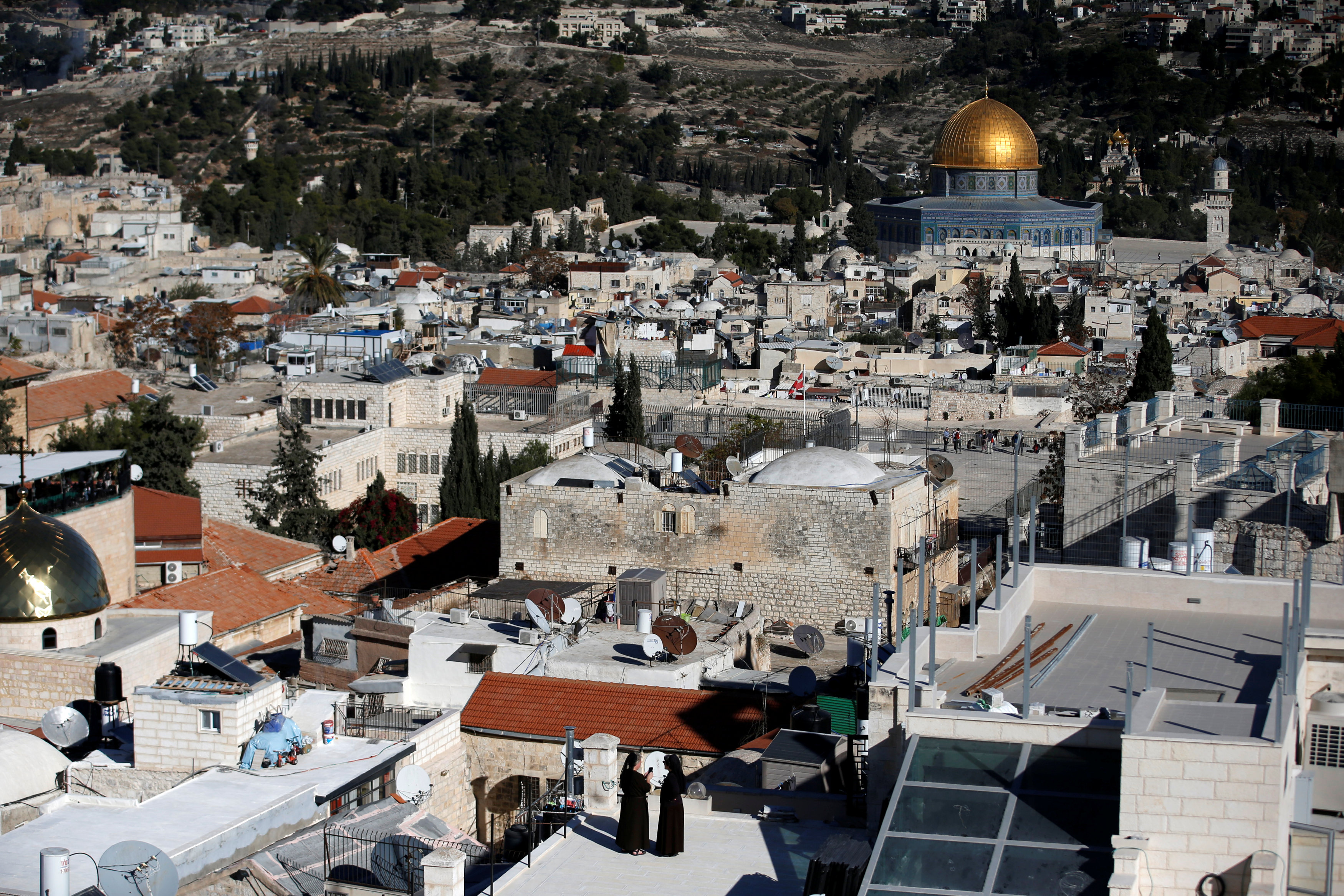 WASHINGTON (Reuters) – U.S. President Donald Trump has not yet made a decision on whether to formally recognize Jerusalem as Israel’s capital, his adviser and son-in-law Jared Kushner said on Sunday, a move that would break with decades of U.S. policy and could fuel violence in the Middle East.

“He’s still looking at a lot of different facts, and then when he makes his decision, he’ll be the one to want to tell you, not me,” Kushner said at an annual conference on U.S. policy in the Middle East organized by the Brookings Institution think tank in Washington.

A senior administration official said last week that Trump could make the announcement on Wednesday. 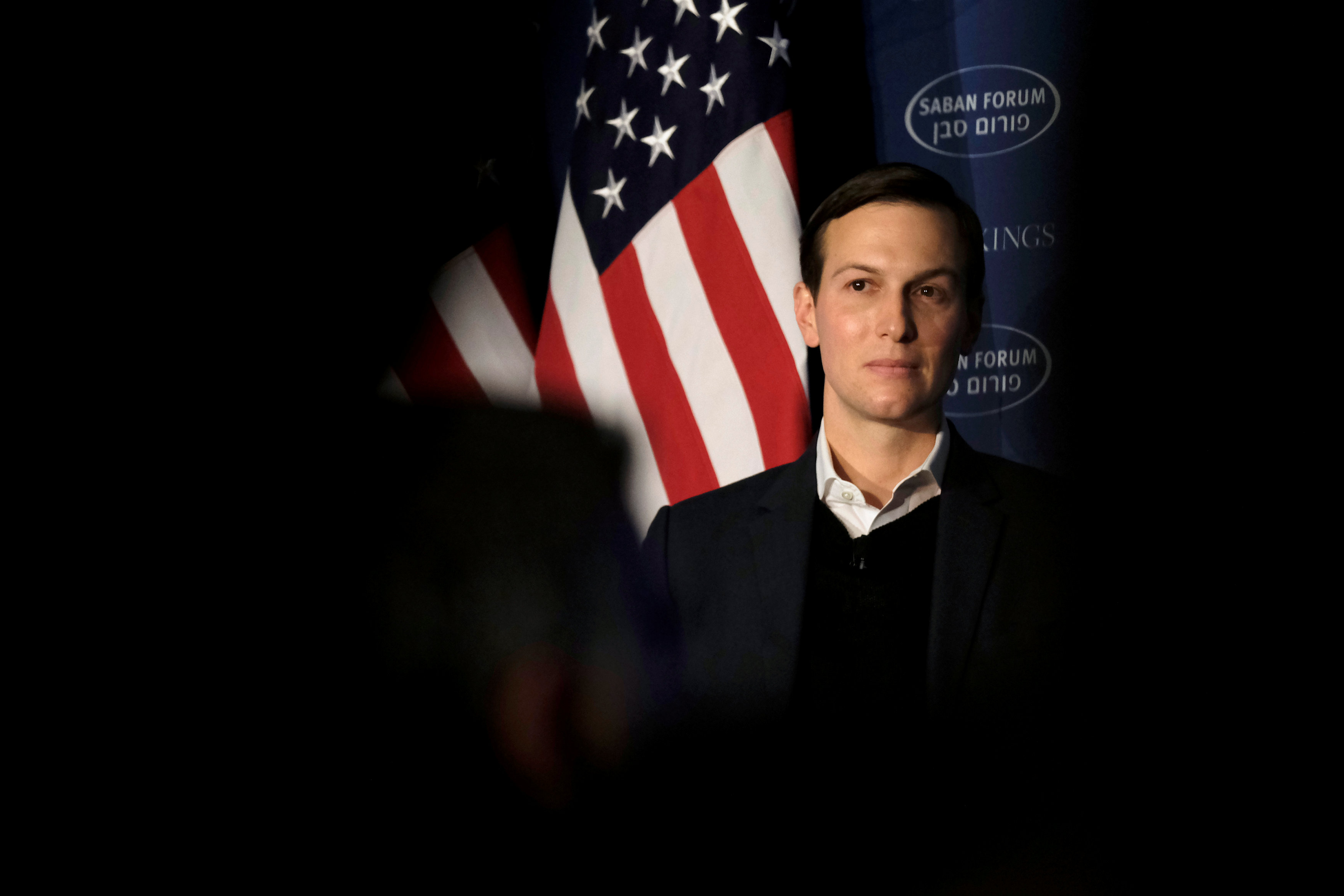 Past U.S. presidents have insisted that the status of Jerusalem — home to sites holy to the Jewish, Muslim and Christian religions — must be decided in negotiations. The Palestinians want Jerusalem as the capital of their future state, and the international community does not recognize Israel’s claim on all of the city.

Any move by the United States to recognize Jerusalem as Israel’s capital would fuel extremism and violence, Arab League Secretary-General Ahmed Aboul Gheit said on Saturday.

A senior Jordanian source said on Sunday that Amman, the current president of the Arab summit, has begun consultations on convening an emergency meeting of the Arab League and the Organisation of Islamic Cooperation before Trump’s expected declaration this week. 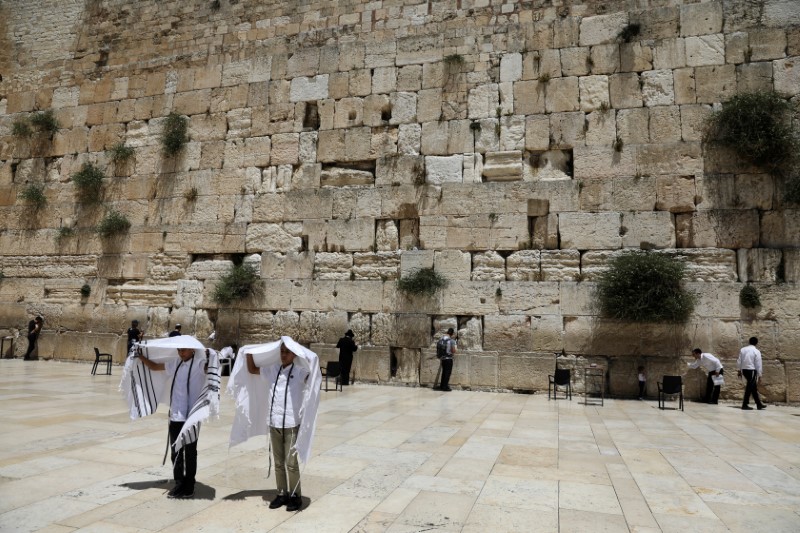 ANKARA (Reuters) – A formal U.S. recognition of Jerusalem as the capital of Israel would cause catastrophe and lead to new conflict in the Middle East, Turkish Deputy Prime Minister Bekir Bozdag said on Monday.

Speaking to reporters after a cabinet meeting, Bozdag, who is also the government spokesman, said Jerusalem’s status had been determined by international agreements and that preserving it was important for the peace of the region.

“The status of Jerusalem and Temple Mount have been determined by international agreements. It is important to preserve Jerusalem’s status for the sake of protecting peace in the region,” Bozdag said.

“If another step is taken and this step is lifted, this will be a major catastrophe.”

Israel captured Arab East Jerusalem in the 1967 Middle East war. It later annexed it, declaring the whole of the city as its capital — a move not recognized internationally. Palestinians want Jerusalem as the capital of their future state.

On Sunday, U.S. President Donald Trump’s adviser and son-in-law said Trump had not yet made a decision on whether to formally recognize Jerusalem as Israel’s capital, a move that would break with decades of U.S. policy.

Past U.S. presidents have insisted that the status of Jerusalem — home to sites holy to the Jewish, Muslim and Christian religions — must be decided in negotiations.

On Saturday, Turkish President Tayyip Erdogan held a phone call with Palestinian President Mahmoud Abbas in which they discussed the status of Jerusalem, sources in Erdogan’s office said.

The sources said Erdogan told Abbas that preserving the status of Jerusalem was important for all Muslim countries, adding that international laws and United Nations decisions should be followed on the issue.

Any move by the United States to recognize Jerusalem as Israel’s capital would fuel extremism and violence, Arab League Secretary-General Ahmed Aboul Gheit said on Saturday.

A senior Jordanian source said on Sunday that Amman has begun consultations on convening an emergency meeting of the Arab League and the Organisation of Islamic Cooperation before Trump’s expected declaration this week. 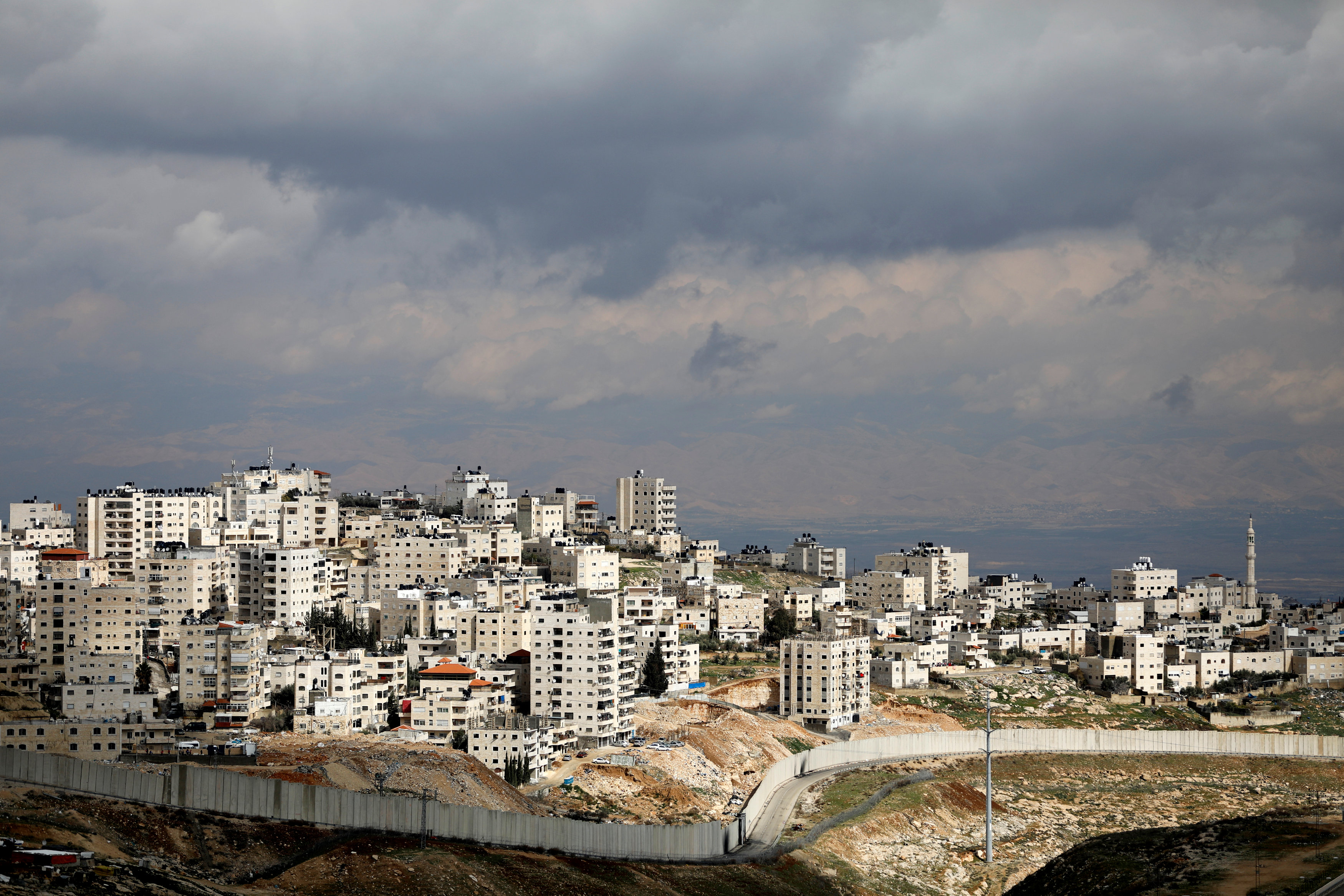 CAIRO (Reuters) – The Palestinian-Israeli conflict requires a two-state solution, the Arab League and Egypt reaffirmed on Thursday, distancing themselves from a move away from that commitment by U.S. President Donald Trump.

The idea of a Palestinian state living side-by-side with Israel has underpinned Middle East peace efforts for decades.

But the Republican president said on Wednesday after meeting Israeli Prime Minister Benjamin Netanyahu that he would accept whatever peace the two sides chose, whether it entailed two states or one.

“It requires a comprehensive and just settlement based on a two-state solution and the establishment of an independent Palestinian state on … 1967 borders with its capital in Jerusalem,” it quoted Aboul Gheit as saying after meeting the U.N secretary general chief Antonio Guterres in Cairo.

Guterres told a news conference on Wednesday there was “no alternative” to the two-state solution.

In Israel, Netanyahu’s far-right political allies hailed the U.S. shift in support for a Palestinian state and shrugged off a call by Trump to curb Israeli settlements on occupied land. 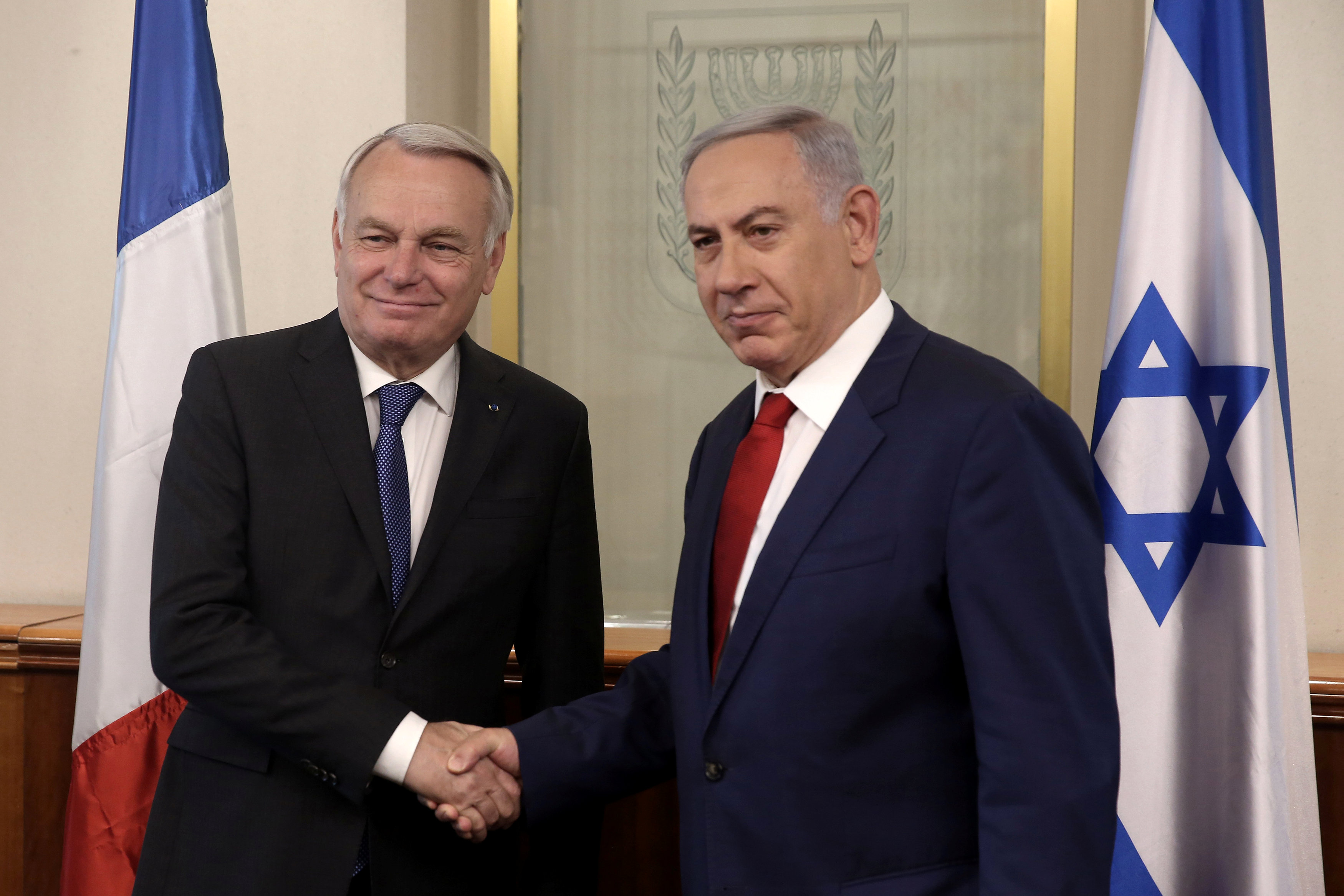 Palestinians welcomed the proposal but Israel is concerned that the conference that France seeks to hold in the autumn would try to dictate terms for a peace deal.

In public remarks to his cabinet after meeting France’s Jean-Marc Ayrault, Netanyahu said: “I told him the only way to advance genuine peace between us and the Palestinians is through direct negotiations between us and them, without preconditions.”

Israel made the same argument in the formal response it gave last month. France hopes an international conference would set out a framework for peace negotiations, after U.S. efforts to broker a two-state deal collapsed in April 2014.

“I know that Netanyahu does not agree (to the French proposal),” Ayrault told reporters after his talks with the Israeli leader in Jerusalem and a meeting with Palestinian President Mahmoud Abbas in the occupied West Bank.

Ayrault said France would continue to pursue the initiative and that its ultimate goal was for both sides to return to direct talks, with international intervention laying the groundwork.

“It is very clear to us, and I said this today to both the prime minister and to President Abbas, that we cannot take the place of the two parties,” he said at Tel Aviv’s Ben-Gurion airport at the end of a one-day visit to promote the plan.

“Only they can conduct direct negotiations to achieve a solution,” Ayrault said. “But because things are currently stuck … external intervention is necessary to provide renewed momentum.”

An international gathering of ministers, tentatively planned for May 30 in Paris, is set to include the Middle East Quartet (the United States, Russia, the European Union and the United Nations), the Arab League, the U.N. Security Council and about 20 countries, without Israeli or Palestinian participation.

Diplomats say that meeting will package all economic incentives and other guarantees that various countries have offered in previous years to create an agenda for an autumn peace conference.

While objecting to the French initiative, Netanyahu, a right-winger, has stopped short of saying Israel would boycott it.

Keeping his options open could help Netanyahu in preliminary contacts with the main opposition Zionist Union party – a centre-left group likely to favour participating – on expanding his ruling coalition that has a mere one-seat parliamentary majority.

The Arab League has stated conclusively they will never recognize Israel as a Jewish state.

The members also said that Israel was the reason for a lack of progress in the peace process.

“We hold Israel entirely responsible for the lack of progress in the peace process and continuing tension in the Middle East,” the group said in a statement. “We express our absolute and decisive rejection to recognizing Israel as a Jewish state.”

The declaration by the Arab League is seen as a serious blow to the peace process as Israeli Prime Minister Benjamin Netanyahu said one of Israel’s unbending demands is recognition of the country by Arab nations.

Netanyahu believes that without recognition of Israel, there will be no way that anyone can have peace with the Jewish people.

U.S. Secretary of State John Kerry arrives in the region today to try and nudge the stalled peace process.

The Arab League has officially blamed the Syrian government for the chemical weapons attack that killed over 300 civilians one week ago.

The group held an emergency meeting on Tuesday and called for the United Nations Security Council to “overcome their differences” and take action against those who committed “this heinous crime”. The ministerial level of the League is meeting next week to discuss next steps against Syria. END_OF_DOCUMENT_TOKEN_TO_BE_REPLACED

Kofi Annan, who has championed peace plans and tried to bring a diplomatic solution to the civil war in Syria, has resigned as the UN and Arab League special envoy to the country.

The news comes as Syrian rebels in Aleppo are hammering a military airfield. The rebels have taken tanks and other heavy machinery from the military after battles and are now putting them toward their offensive. END_OF_DOCUMENT_TOKEN_TO_BE_REPLACED

A suicide bomber killed nine people near the Zein al-Abidin mosque in Damascus as reports continue to filter out to the world that the Syrian cease fire may not be holding firm.

Twenty people were also injured in the blast, the first of two that hit Damascus on Friday. The second blast happened in an industrial area with no reports of casualties. END_OF_DOCUMENT_TOKEN_TO_BE_REPLACED