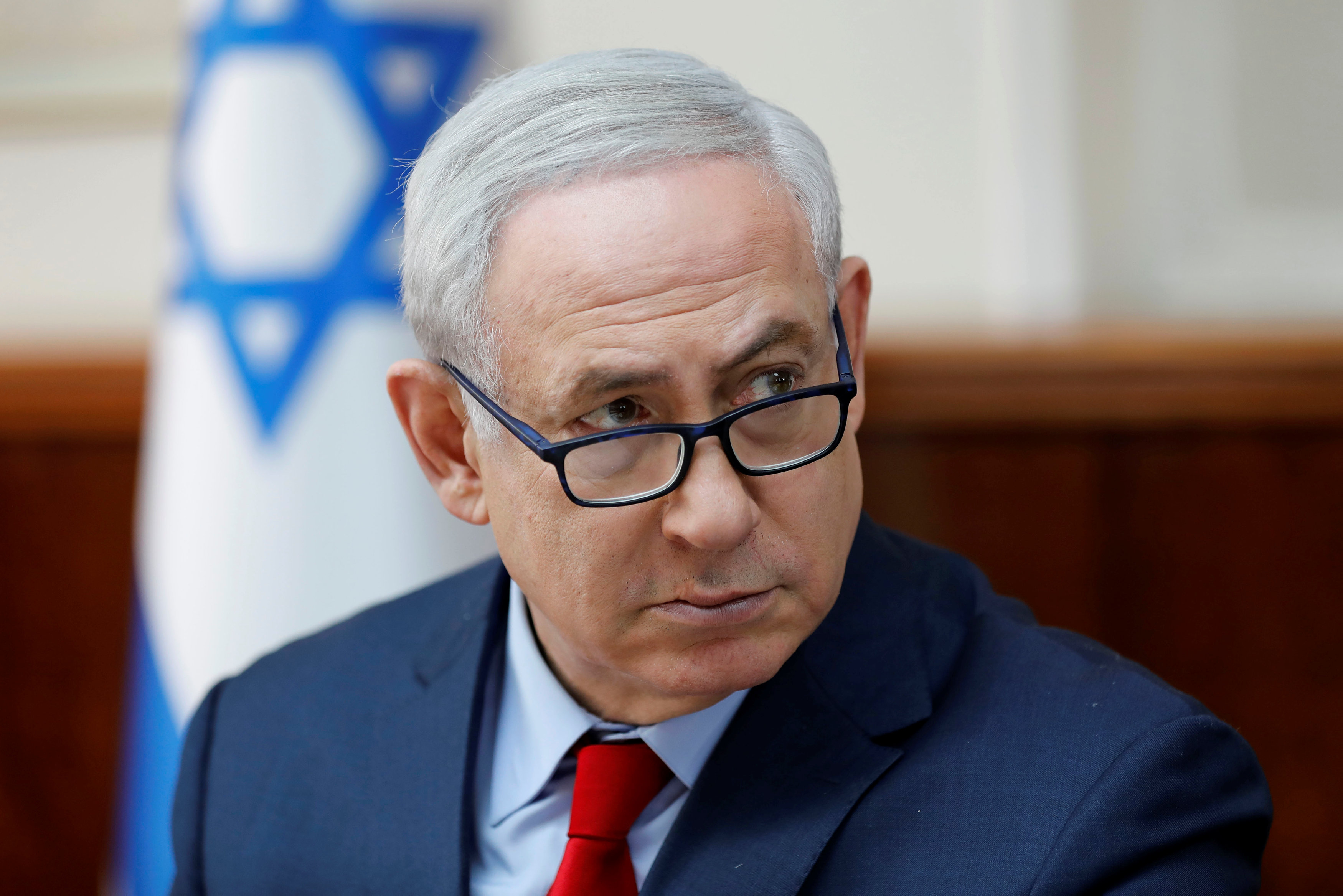 JERUSALEM (Reuters) – Prime Minister Benjamin Netanyahu described the United Nations as a “house of lies” ahead of a vote on Thursday on a draft resolution calling on the United States to withdraw its recognition of Jerusalem as Israel’s capital.

“The State of Israel totally rejects this vote, even before (the resolution’s) approval,” Netanyahu said in a speech at a hospital dedication in the port city of Ashdod.

The 193-member U.N. General Assembly will hold a rare emergency special session on Thursday at the request of Arab and Muslim countries to vote on the draft resolution, which the United States vetoed on Monday in the 15-member U.N. Security Council.

Generating outrage from Palestinians and the Arab and Muslim world, and concern among Washington’s Western allies, President Donald Trump abruptly reversed decades of U.S. policy on Dec. 6 when he recognized Jerusalem as Israel’s capital.

Palestinians have protested daily in the occupied West Bank and in the Gaza Strip since Trump’s announcement, throwing stones at security forces and burning tires. Gaza militants have also launched sporadic rocket fire.

Eight Palestinians have been killed by Israeli gunfire during the demonstrations and dozens wounded, Palestinian health officials said. Two militants were killed in an Israeli air strike in Gaza after a rocket attack.

Trump threatened on Wednesday to cut off financial aid to countries that vote in favor of the U.N. draft resolution, and his ambassador to the world body, Nikki Haley said the United States “will be taking names”.

Netanyahu, in his speech, thanked Trump and Haley for “their brave and uncompromising stance”. He repeated his prediction that other countries would eventually follow Washington’s lead in pledging to move their embassies from Tel Aviv to Jerusalem.

“The attitude towards Israel of many countries, on all continents, outside the walls of the United Nations, is changing and will ultimately permeate into the U.N. – the house of lies,” he said.

Most countries regard the status of Jerusalem as a matter to be settled in an eventual Israeli-Palestinian peace agreement, although that process is now stalled.

Israel considers Jerusalem its eternal and indivisible capital and wants all embassies based there. Palestinians want the capital of an independent Palestinian state to be in the city’s eastern sector, which Israel captured in the 1967 Middle East War and annexed in a move never recognized internationally.

Several senior diplomats said Haley’s warning was unlikely to change many votes in the General Assembly, where such direct,public threats are rare. Some diplomats brushed off the warning as more likely aimed at impressing U.S. voters. 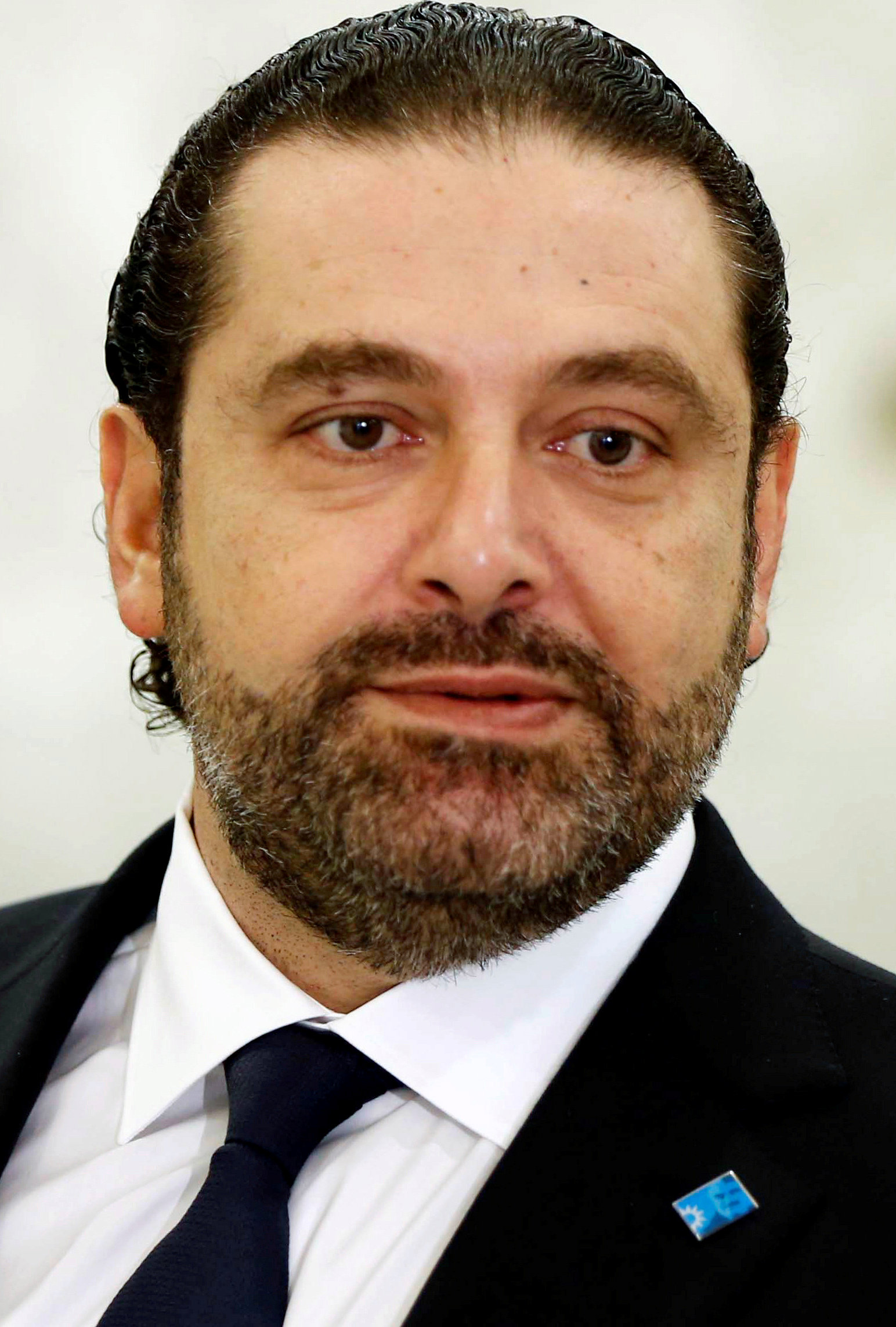 BEIRUT (Reuters) – Lebanon’s prime minister Saad al-Hariri resigned on Saturday, saying he believed there was an assassination plot against him and accusing Iran and its Lebanese ally Hezbollah of sowing strife in the Arab world.

His resignation thrusts Lebanon back into the frontline of Saudi-Iranian regional rivalry and seems likely to exacerbate sectarian tensions between Lebanese Sunni and Shi’ite Muslims.

It also shatters a coalition government formed last year after years of political deadlock, and which was seen as representing a victory for Shi’ite Hezbollah and Iran.

Hariri, who is closely allied with Saudi Arabia, alleged in a televised broadcast that Hezbollah was “directing weapons” at Yemenis, Syrians and Lebanese and said the Arab world would “cut off the hands that wickedly extend to it”.

Hariri’s coalition, which took office last year, grouped nearly all of Lebanon’s main parties, including Hezbollah. It took office in a political deal that made Michel Aoun, a Hezbollah ally, president.

It was not immediately clear who might succeed Hariri, Lebanon’s most influential Sunni politician.

The post of prime minister is reserved for a Sunni Muslim in Lebanon’s sectarian power sharing system. The constitution requires Aoun to nominate the candidate with the greatest support among MPs.

“We are living in a climate similar to the atmosphere that prevailed before the assassination of martyr Rafik al-Hariri. I have sensed what is being plotted covertly to target my life,” Hariri said.

Rafik al-Hariri was killed in a 2005 Beirut bomb attack that pushed his son Saad into politics and set off years of turmoil.

The Saudi-owned pan-Arab television channel al-Arabiya al-Hadath reported that an assassination plot against Saad al-Hariri was foiled in Beirut days ago, citing an unnamed source. Lebanese officials could not immediately be reached for comment.

In a statement read from an undisclosed location, Hariri said Hezbollah and Iran had brought Lebanon into the “eye of a storm” of international sanctions. He said Iran was sowing strife, destruction and ruin wherever it went and accused it of a “deep hatred for the Arab nation”.

Aoun’s office said Hariri had called him from “outside Lebanon” to inform him of his resignation.

Walid Jumblatt, the leader of Lebanon’s Druze minority, who has frequently played kingmaker in Lebanese politics, said he feared the consequences of Hariri’s resignation.

“We cannot afford to fight the Iranians from Lebanon,” he said, advocating an approach of compromise with Hezbollah in Lebanon while waiting for regional circumstances to allow Saudi-Iranian dialogue.

Iranian officials denounced the resignation, noting that it had been made from outside Lebanon, while Saudi officials appeared to crow over it.

“Hariri’s resignation was done with planning by Donald Trump, the president of America, and Mohammed bin Salman, the crown prince of Saudi Arabia, to destabilize the situation in Lebanon and the region,” said Hussein Sheikh al-Islam, adviser to Iran’s supreme leader, in remarks to a state broadcaster.

Saudi Arabia’s influential Gulf Affairs Minister Thamer al-Sabhan, who met Hariri in Riyadh this week, echoed the language of the Lebanese politician saying in a tweet: “The hands of treachery and aggression must be cut off.”

Saudi Arabia and Iran are locked in a regional power tussle, backing opposing forces in wars and political struggles in Lebanon, Syria, Yemen, Bahrain and Iraq.

A U.N.-backed tribunal charged five Hezbollah members over Rafik al-Hariri’s killing. Their trial in absentia at the Hague began in January 2014 and Hezbollah and the Syrian government, have both denied any involvement in the killing.

In his statement, Hariri said Iran was “losing in its interference in the affairs of the Arab world”, adding that Lebanon would “rise as it had done in the past”.

Hezbollah’s close ties to Iran and its support for Syrian President Bashar al-Assad in his war with rebels have been a major source of tension in neighboring Lebanon for years.

The Lebanese government has adopted an official position of “disassociation” from the conflict, but this has come under strain in recent months with Hezbollah and its allies pushing for a normalization of ties with Assad.

Since taking office, Hariri had worked to garner international aid for Lebanon to cope with the strain of hosting some 1.5 million Syrian refugees, seeking billions of dollars to boost its sluggish economy.

Finance Minister Ali Hassan Khalil told Reuters there was no danger to Lebanon’s economy or its currency.

“Over previous decades, Hezbollah was able to impose a reality in Lebanon with the power of its weapons, which it claims is the (anti-Israel) resistance’s weapons, which are aimed at the chests of our Syrian and Yemeni brothers, not to mention the Lebanese,” Hariri said.

He said the Lebanese people were suffering from Hezbollah’s interventions, both internally and at the level of their relationships with other Arab countries.

Hariri has visited Saudi Arabia, a political foe of Iran and Hezbollah, twice in the past week, meeting Crown Prince Mohammed bin Salman and other senior officials.