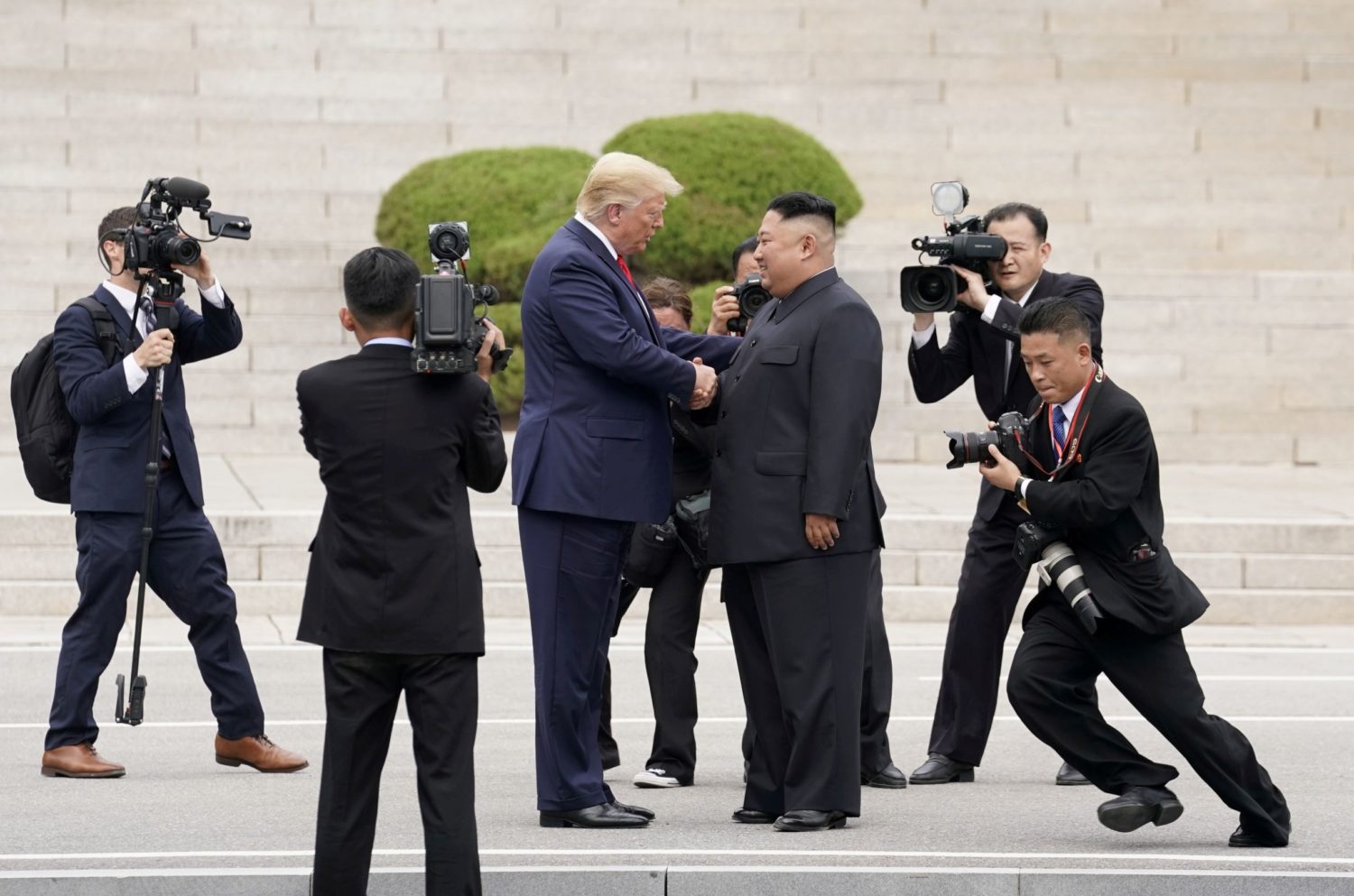 Trump’s comments threaten to return the two countries to the tensions of two years ago, Choe Son Hui, first vice-minister of Foreign Affairs for North Korea, said in a statement carried by state news agency KCNA.

In 2017 the two leaders famously engaged in a war of words, with Trump calling Kim “Rocket Man” and North Korea slamming the U.S. president, now 73, as a “dotard”.

Since then Trump and Kim have met three times, but negotiations over North Korea’s nuclear weapons and ballistic missile arsenal have stalled amid disagreements and rising tensions.

This year saw a number of short-range ballistic missile launches by North Korea, and Kim has warned that the United States has until the end of the year to change its stance or he could take an unspecified “new path.”

On Tuesday Trump once again called Kim “Rocket Man” and said the United States reserved the right to use military force against North Korea.

“If this is meant to make expressions, reminiscent of those days just two years ago when a war of words was fought across the ocean, surface again on purpose, it will be a very dangerous challenge,” Choe said, arguing that the comments aroused concern and undermined the dignity of North Korea’s leader.

The lack of courtesy shown to Kim had “prompted the waves of hatred of our people against the U.S. and the Americans and they are getting higher and higher”, Choe said.

“It would be fortunate” if Trump’s remarks were simply “an instantaneous verbal lapse, but the matter becomes different if they were a planned provocation that deliberately targeted us”, she said.

“If any language and expressions stoking the atmosphere of confrontation are used once again on purpose at a crucial moment as now, that must really be diagnosed as the relapse of the dotage of a dotard,” she concluded.

Trump said on Tuesday he still had confidence in the North Korean leader but noted that Kim “likes sending rockets up”.

“…That’s why I call him Rocket Man,” Trump told reporters at a NATO meeting in London.

Trump added that Washington could use military force. “If we have to, we’ll do it.”

On Wednesday, North Korea’s army chief said he was disappointed by Trump’s suggestion of using military force against Pyongyang, and warned that any strike would meet “prompt corresponding actions”.