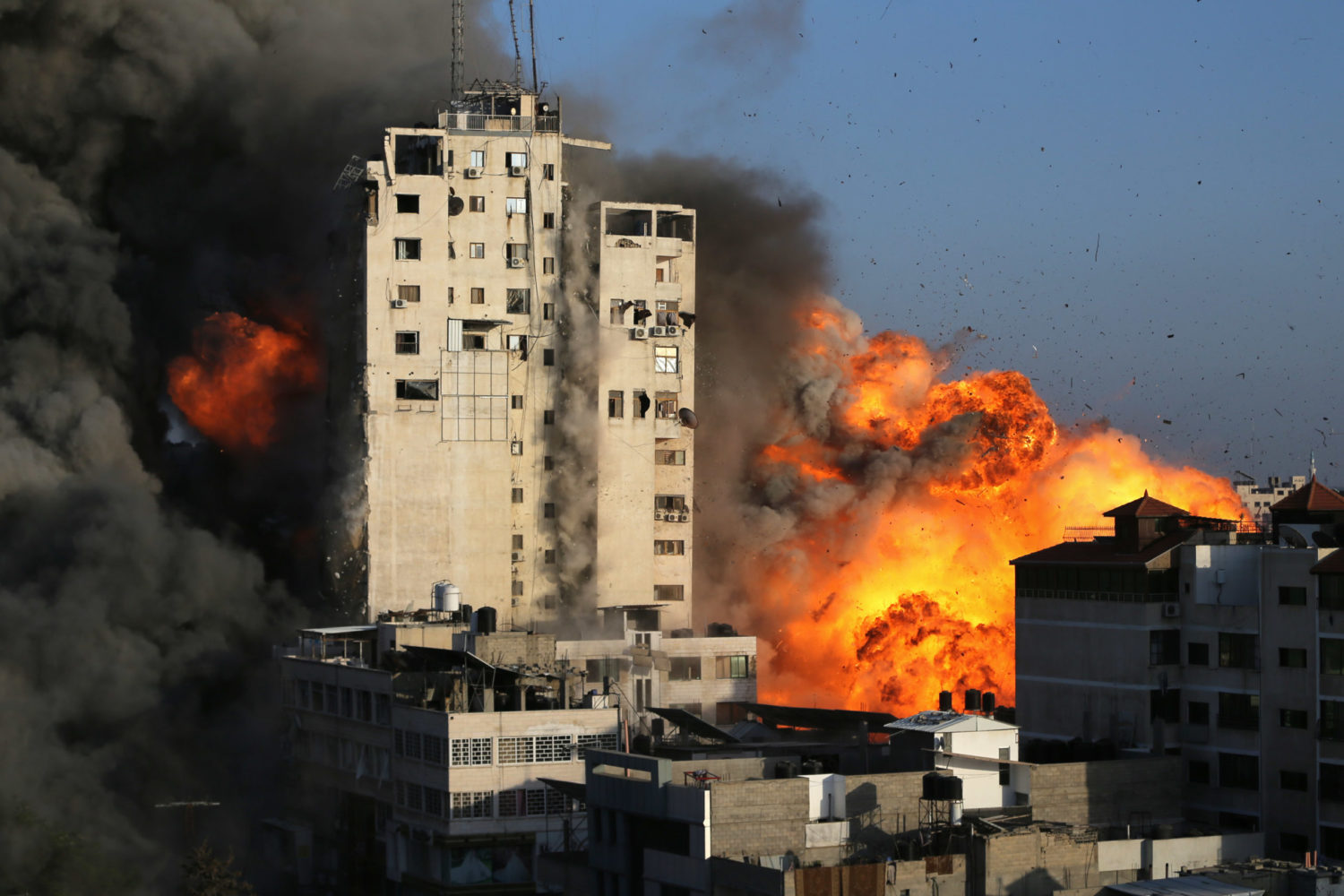 GAZA/JERUSALEM (Reuters) – Israel killed a Hamas commander and vowed no let-up in its Gaza barrages on Wednesday as Palestinian militants rained rockets far across the border and Washington dispatched an envoy to try to calm their most intense hostilities in years.

“This is just the beginning. We’ll hit them like they’ve never dreamed possible,” he said.

After the announcement, fresh rocket salvoes were fired at the Tel Aviv area and the cities of Ashdod, Ashkelon and Sderot.

Hamas confirmed the death of the commander and of “other leaders and holy warriors” in a statement. Its chief Ismail Haniyeh added: “The confrontation with the enemy is open-ended.”

Israel launched its military action after Hamas fired rockets in retaliation for Israeli police clashes with Palestinians in East Jerusalem, including at a holy site during the fasting month of Ramadan. A Palestinian source said truce efforts by Egypt, Qatar and the United Nations had made no progress to end the violence.

Describing the scenes of destruction as “harrowing”, U.S. Secretary of State Antony Blinken said a senior aide, Hady Amr, would be sent to urge Israelis and Palestinians to seek calm.

“A ‘truce’ is not part of the jargon on our lips, certainly not in the coming day or two,” military spokesman Brigadier-General Hidai Zilberman told public broadcaster Kan.

“Israel has gone crazy,” said a man on a Gaza street, where people ran out of their homes as explosions rocked buildings.

Many Palestinians in Gaza are hoping for a reprieve on Thursday, the Eid al-Fitr holiday marking the end of Ramadan.

The fighting is the heaviest since a 2014 war in the Hamas-ruled enclave, and concern is growing that the situation could spiral out of control.

In Gaza, two multi-story residential buildings and a tower housing media outlets, including one linked to Hamas, collapsed after Israel warned occupants in advance to evacuate, and another structure was heavily damaged in the air strikes.

Twenty-four people were killed in Israeli air strikes on Gaza on Wednesday, Gaza’s health ministry said. Many in Israel also spent a sleepless night as waves of rockets hit its heartland, some blown out of the sky by Iron Dome interceptors.

“The children have escaped the coronavirus, and now a new trauma,” an Israeli woman in the coastal city of Ashkelon told Channel 11 TV.

Israelis ran to shelters or lay on pavements in some communities far from Gaza.

“All of Israel is under attack. It’s a very scary situation to be in,” said Margo Aronovic, a 26-year-old student, in Tel Aviv.

Along the Gaza border, an Israeli soldier was killed by an anti-tank missile, the military said. Two people were killed by a rocket in Lod, a mixed Arab-Jewish town near Tel Aviv.

Tension also spilled over into Israel’s 21% Arab minority, some of whom have mounted pro-Palestinian protests. After a synagogue was torched in Lod, police deployed paramilitary reinforcements and announced a curfew.

U.S. energy corporation Chevron said it had shut down the Tamar natural gas platform off the Israeli coast on the instruction of the Energy Ministry. Israel said its energy needs would continue to be met.

For Israel, the targeting of Tel Aviv, its commercial capital, posed a new challenge in the confrontation with Hamas, regarded as a terrorist group by Israel and the United States.

The violence followed weeks of tension during Ramadan, with clashes between Israeli police and Palestinian protesters near Al-Aqsa Mosque in East Jerusalem.

These escalated ahead of a court hearing – now postponed – that could lead to the eviction of Palestinian families from East Jerusalem homes claimed by Jewish settlers.

The conflict has led to the freezing of talks by Netanyahu’s opponents on forming a governing coalition to unseat him after Israel’s inconclusive March 23 election.

Violence has also flared in the occupied West Bank. Medical sources said a 16-year-old Palestinian was killed in clashes with Israeli forces on Wednesday.

Gaza’s health ministry said 16 of the people killed in the enclave were children. The Israeli military said 200 of more than 1,000 rockets fired by Gaza factions had fallen short, potentially causing some Palestinian civilian casualties.

Five of the fatalities in Israel were civilians, including a child and an Indian worker, medical officials said.

Israel has dispatched infantry and armor to reinforce tanks already gathered on the border, evoking memories of its last ground incursion into Gaza to stop rocket attacks in 2014.

Although the latest problems in Jerusalem were the immediate trigger for hostilities, Palestinians have been frustrated as their aspirations for an independent state have suffered setbacks in recent years.

These include Washington’s recognition of disputed Jerusalem as Israel’s capital, a U.S. plan to end the conflict that they saw as favourable to Israel, and continued settlement building.

A Hamas rocket that made it through the Iron Dome defense system struck a home in Beersheba today, injuring two people including an 80-year-old grandmother who had to be rushed to a local hospital.

The rocket came an hour after Iron Dome has intercepted two rockets over Tel Aviv and at least two over Herzliya.  The Israeli Defense Force says that the percentage of rockets shot down by Iron Dome is around 70 percent.

The IDF says that more Iron Dome batteries will be deployed throughout the country to try and increase the interception percentage of the system.

Defense Minister Moshe Ya’alon spoke with the people who manufacture the system to encourage them as they increase their output to meet the current battle situation.

“Your efforts, and those of your people in this operation is very impressive, and inspirational,” Ya’alon added. “In recent days, you and your people are working with dedication, day and night, to instantly set up more Iron Dome batteries, which will go into operation during [the current] Operation Protective Edge, and will defend the Israeli people.”

At least 90 rockets from Hamas have been fired into Israel in the last 24 hours.