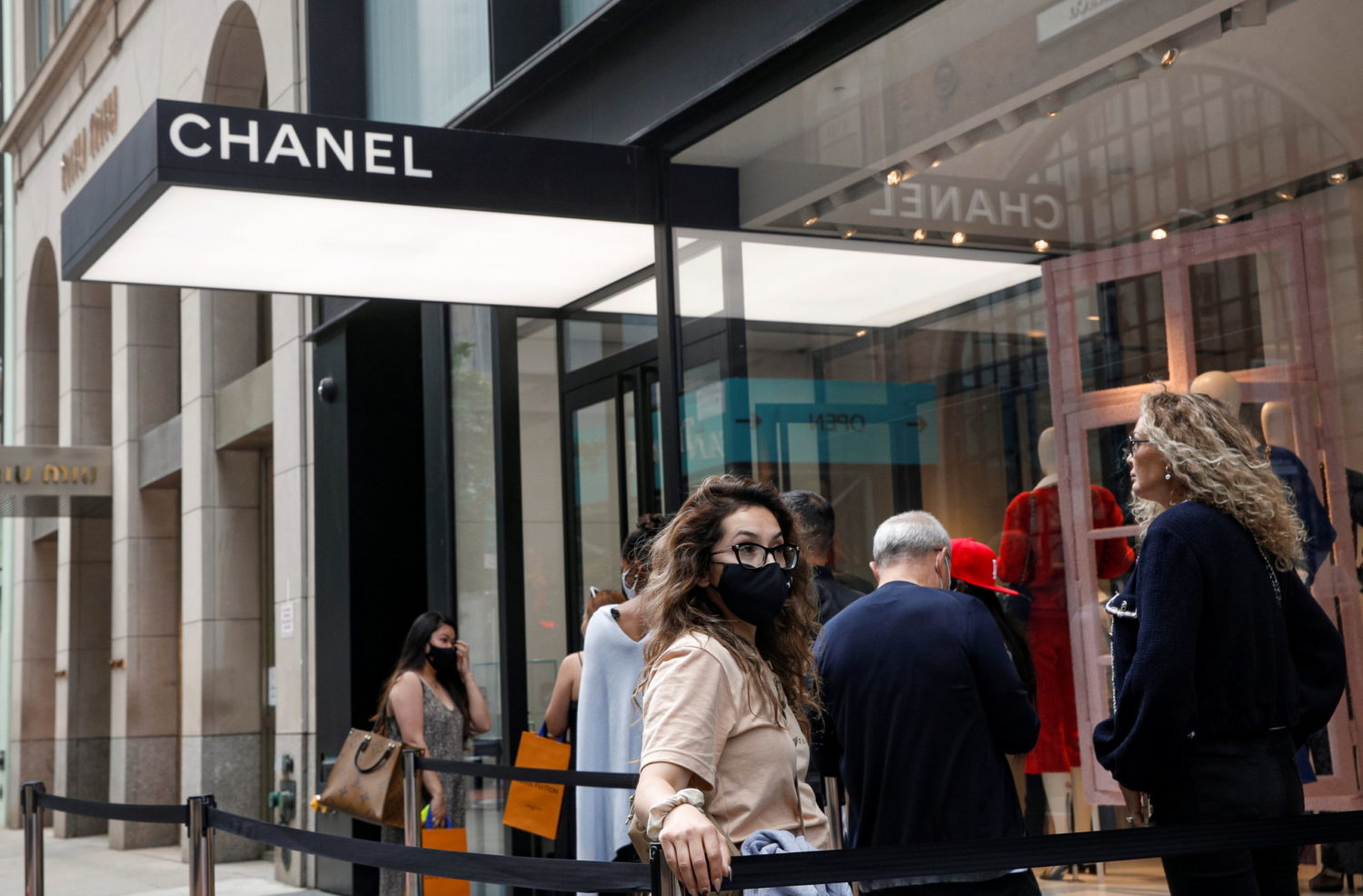 WASHINGTON (Reuters) – U.S. retail sales surged in October as Americans eagerly started their holiday shopping early to avoid empty shelves amid shortages of some goods because of the ongoing pandemic, giving the economy a lift at the start of the fourth quarter.

The solid report from the Commerce Department on Tuesday suggested high inflation was not yet dampening spending, even as worries about the rising cost of living sent consumer sentiment tumbling to a 10-year low in early November. Rising household wealth, thanks to a strong stock market and house prices, as well as massive savings and wage gains appear to be cushioning consumers against the highest annual inflation in three decades.

“It’s more important to look at what consumers do than what they say,” said Gus Faucher, chief economist at PNC Financial in Pittsburgh, Pennsylvania. “They are concerned about higher inflation, but they are still in good shape and are continuing to spend.”

Retail sales jumped 1.7% last month, the largest gain since March, after rising 0.8% in September. It was the third straight monthly advance and topped economists’ expectations for a 1.4% increase. Sales soared 16.3% year-on-year in October and are 21.4% above their pre-pandemic level.

Several of the top U.S. retailers this week have noted an earlier start to holiday shopping. While this could lead to declines in November and December, economists and retailers expect holiday sales this year will be the best in a while.

“Today’s numbers show that consumers are getting a jump on their holiday shopping,” said Matthew Shay, president of the National Retail Federation in Washington. “We continue to urge consumers to shop early and shop safely, and we fully expect this holiday season to be one for the record books.”

Retail sales are mostly made up of goods, with services, including healthcare, education and hotel accommodation, making up the remaining portion of consumer spending. The nearly two-year long COVID-19 pandemic has caused an acute shortage of labor, delaying deliveries of raw materials to factories as well as shipments of finished goods to markets.

Stocks on Wall Street were trading higher on the data and also as Walmart forecast a strong holiday quarter. The dollar rose against a basket of currencies. U.S. Treasury prices fell.

Sales were led by motor vehicles, with receipts at auto dealerships advancing 1.8% after gaining 1.2% in September. The rise reflected the first increase in unit sales in six months, as well as higher prices. The tight supply of automobiles because of a global semiconductor shortage is driving up prices.

But sales at clothing stores fell 0.7%. Sales at restaurants and bars were unchanged despite an ebb in COVID-19 infections, driven by the Delta variant. Restaurants and bars are the only services category in the retail sales report. These sales were up 29.3% from last October.

Economists speculated that either high inflation was forcing consumers to cut back on eating out or that spending had permanently shifted in favor of goods.

“If services spending has largely recovered, strong goods demand increasingly looks to be a structural shift in consumer preferences, rather than a temporary COVID-related outcome,” said Andrew Hollenhorst, chief U.S. economist at Citigroup in New York.

Excluding automobiles, gasoline, building materials and food services, retail sales shot up 1.6% last month after rising 0.5% in September. These so-called core retail sales correspond most closely with the consumer spending component of gross domestic product. Adjusting for inflation, retail sales are up at a roughly 5% annualized rate from the third-quarter average.

Consumer spending, which accounts for more than two-thirds of U.S. economic activity rose at a tepid 1.7% rate last quarter. Economists at JPMorgan boosted their fourth-quarter GDP growth estimate to a 5% rate from a 4% pace. Goldman Sachs raised its estimate by 0.5 percentage point to a 5.0% rate. The economy grew at a 2% rate in the third quarter.

The economic picture was further brightened by a separate report from the Federal Reserve on Tuesday showing manufacturing output surged 1.2% last month to its highest level since March 2019, after falling 0.7% in September.

“The economy has thrown off whatever lethargy it might have had in the summer, and it is growing quite strongly,” said Joel Naroff, chief economist at Naroff Economics in Holland, Pennsylvania.

Businesses are also making steady progress replenishing depleted inventories, which should help to keep factories humming and support the economy. Business inventories increased 0.7% in September, a third report from the Commerce Department showed.