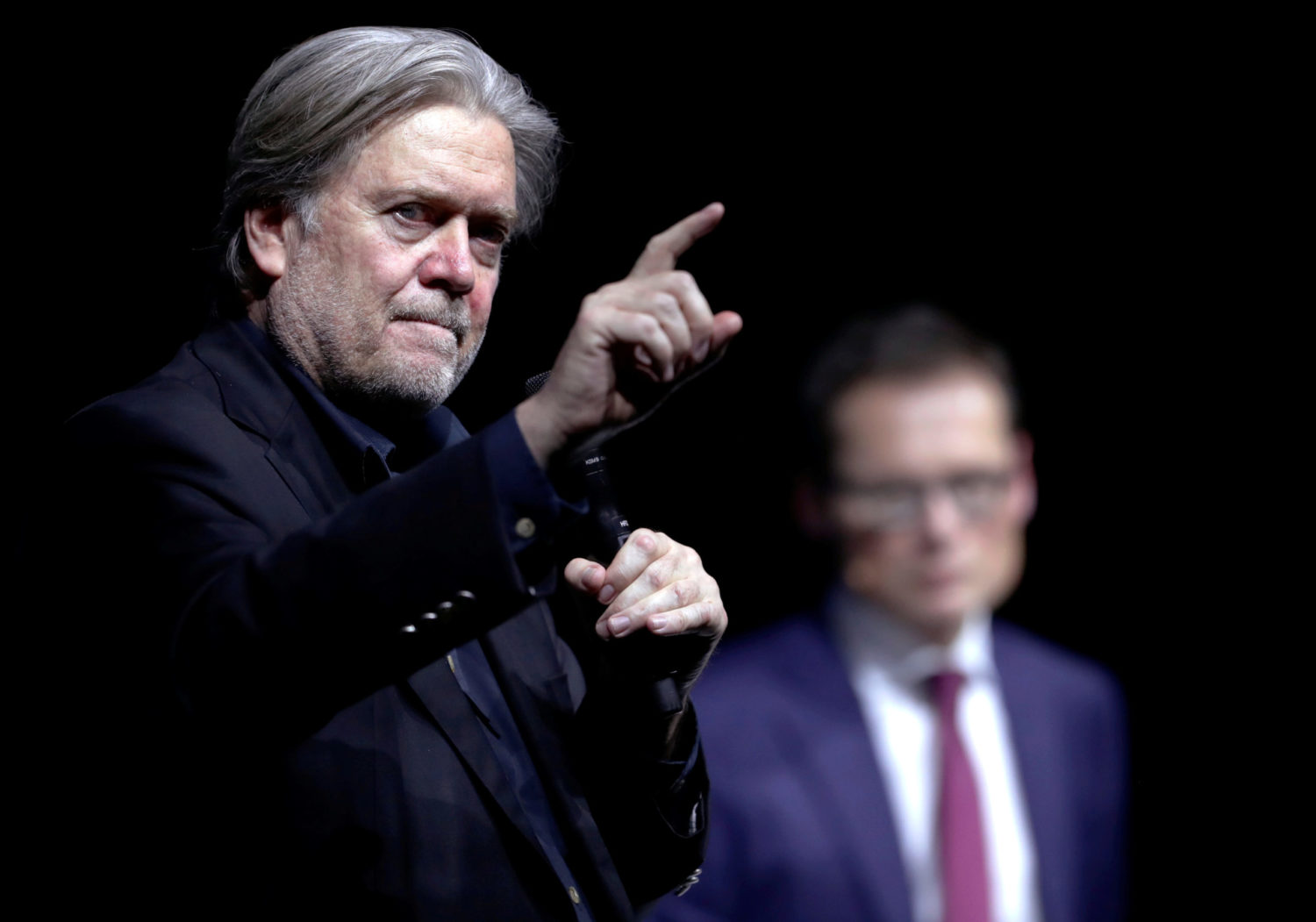 WASHINGTON (Reuters) – Steve Bannon, an architect of Donald Trump’s 2016 election victory, has been charged with defrauding Trump supporters in a campaign to help build the president’s signature wall along the U.S.-Mexico border, prosecutors said on Thursday.

As a top adviser to Trump’s presidential campaign who later served as White House chief strategist, Bannon helped articulate the right-wing populism and fierce opposition to immigration that have been hallmarks of Trump’s 3-1/2 years in office. Trump fired Bannon from his White House post in August 2017.

Bannon was arrested aboard a 150-foot-long (45-meter-long) yacht in Connecticut, according to a law enforcement source.

Prosecutors accused the defendants of defrauding hundreds of thousands of donors through a $25 million crowdfunding campaign called “We Build the Wall,” the Justice Department said. Prosecutors said Bannon received more than $1 million of that money through an unnamed nonprofit organization.

Bannon heads a nonprofit organization called Citizens of the American Public that received more than $4.4 million in contributions in 2018, government filings show.

The famously disheveled entrepreneur headed the right-wing Breitbart News before joining Trump’s campaign. Bannon later returned to that job, but quit after angering Trump. He has since promoted a variety of right-wing causes and candidates in the United States and abroad.

Trump told reporters at the White House that he feels “very badly” about Bannon’s charges but sought to distance himself from Bannon and the alleged scheme at the center of the case.

“I do think it’s a sad event,” Trump said. “I haven’t dealt with him at all now for years, literally years.”

A lawyer for Bannon did not immediately respond to a request for comment.

Trump has struggled to build his signature border wall – a key 2016 campaign promise – in the face of court challenges, logistical hurdles and opposition from congressional Democrats. His administration has completed 30 new miles (48 km) of border fencing and replaced another 240 miles (386 km) of barriers along the 2,000-mile (3,200-km) border, government figures show.

More than 330,000 supporters have donated to private fund-raisers and profiteers who have promised to build the wall on their own, according to a 2019 Reuters investigation.

The group built two wall sections on private land in New Mexico and Texas, drawing some fire from local residents who said proper permits were not obtained. The wall section in Texas has suffered from erosion problems, according to a report last month.

“I know nothing about the project other than … when I read about it, I didn’t like it. I said, ‘This is for government, this isn’t for private people,’ and it sounded to me like showboating,” Trump told reporters.

The Republican president also said he did not know the three others charged along with Bannon and did not believe he had ever met them.

The indictment comes as Trump trails in opinion polls behind Democratic challenger Joe Biden ahead of the Nov. 3 presidential election.

“He has consistently used his office to enrich himself, his family and his cronies, so is it really any surprise that yet another one of the grifters he surrounded himself with and placed in the highest levels of government was just indicted?” deputy campaign manager Kate Bedingfield asked on a conference call with reporters.

Also charged on Thursday were Brian Kolfage, 38, Andrew Badolato, 56, and Timothy Shea, 49, who prosecutors said were involved in the effort.

Kolfage took $350,000 for his personal use, the indictment said. A triple-amputee U.S. Air Force veteran, Kolfage formerly ran a company that made millions of dollars running right-wing media websites. He first pledged to send donations to the U.S. government when he launched the effort in December 2018, but then said he would use the money to hire private contractors and build the wall on their own.

The donors thought the money would go toward helping to build a border wall, prosecutors said. But Kolfage, whom they described as the public face and founder of the operation, received thousands of dollars that he used to fund a lavish lifestyle. 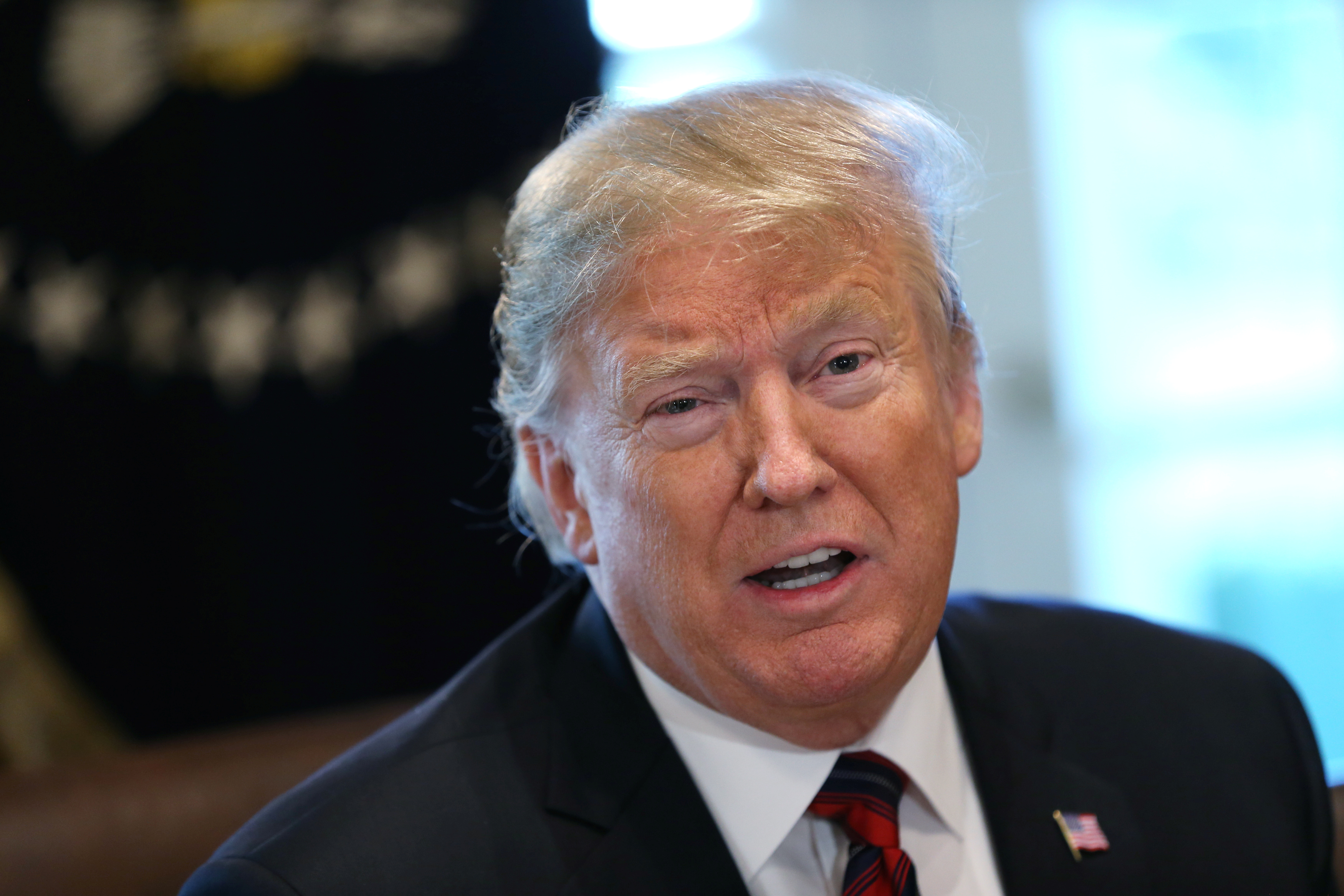 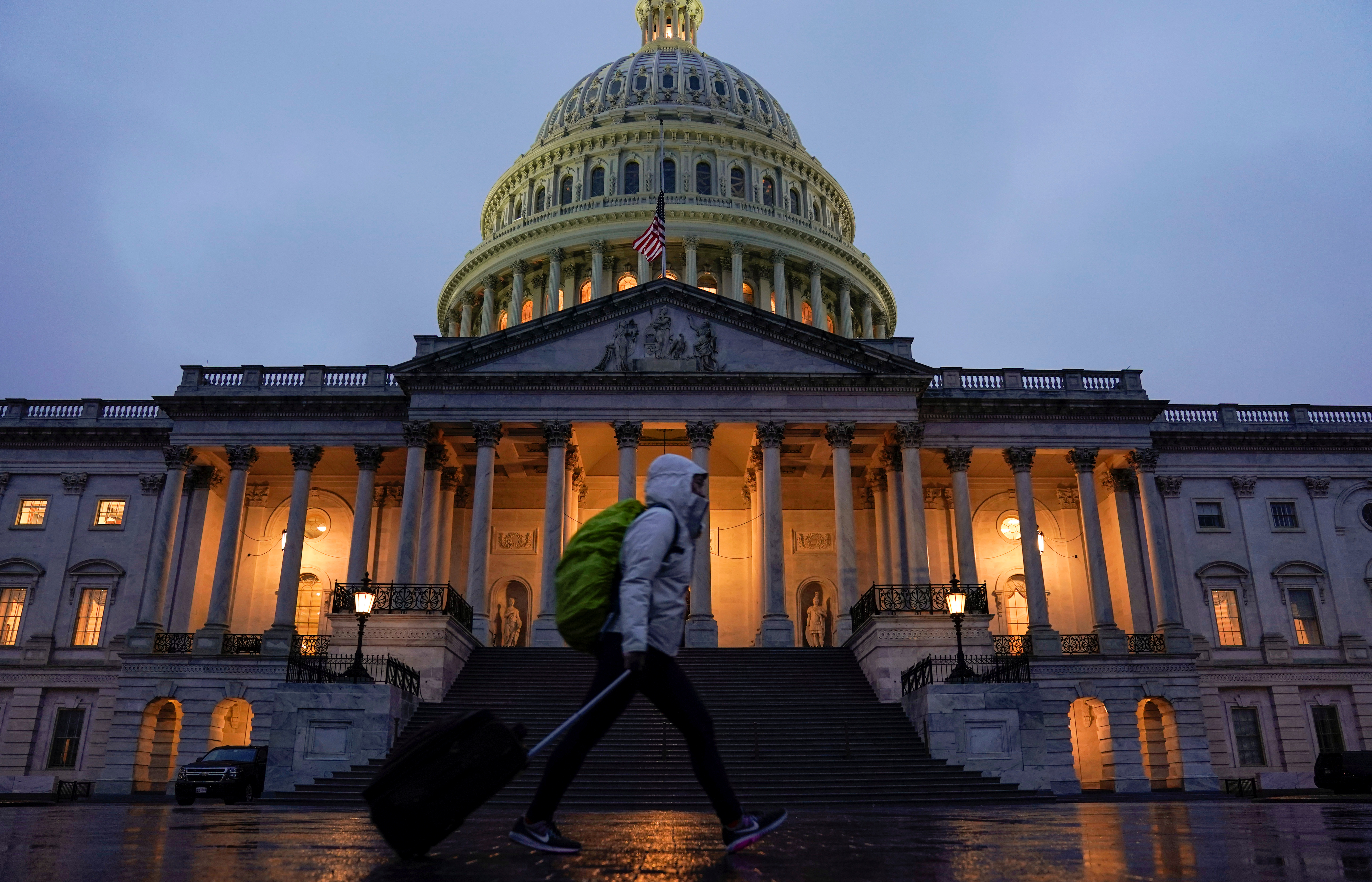 WASHINGTON (Reuters) – U.S. President Donald Trump on Friday threatened a “very long” government shutdown just hours ahead of a midnight deadline, calling on the Senate to pass spending legislation that includes his $5 billion demand for border wall funding and seeking to shift blame for a holiday showdown to Democrats.

The Republican-led Senate had already approved funds for the government through Feb. 8 without money for the wall. But Trump pushed Republican allies in the House of Representatives on Thursday to use the short-term funding bill as leverage to force through the border wall money despite Democratic objections.

In a series of ten early-morning tweets on Friday, the president urged Senate Majority Leader Mitch McConnell to take up the amended bill from the House. Trump, who last week said he would be “proud” to preside over a shutdown, sought to blame Senate Democrats, whose support is needed to reach the 60 votes needed for passage.

Republicans currently have a narrow 51-49 majority in the Senate.

“If the Dems vote no, there will be a shutdown that will last for a very long time,” he wrote on Twitter.

“Senator Mitch McConnell should fight for the Wall and Border Security as hard as he fought for anything,” he tweeted. “He will need Democrat votes, but as shown in the House, good things happen.”

Three-quarters of government programs are fully funded through next Sept. 30, including those in the Defense Department, Labor Department and Health and Human Services.

But funding for other agencies, including the Department of Homeland Security, the Justice Department and Agriculture Department, is set to expire at midnight on Friday. A shutdown would leave a number of federal workers without a paycheck at Christmas.

If the House measure is put to a vote in the Senate, Democrats have pledged to prevent it from getting the votes it needs for passage.

“The bill that’s on the floor of the House, everyone knows it will not pass the Senate,” Senate Democratic Leader Chuck Schumer told reporters late Thursday.

It was not yet clear what would happen in that case. The partial government shutdown could begin, or lawmakers could work to find a solution that Trump finds acceptable.

Trump also called on McConnell to use the so-called “nuclear option” to force a Senate vote on legislation with just a simple majority, rather than the 60 votes currently needed.

The nuclear option would allow the chamber to approve legislation with a simple majority in an extreme break from Senate tradition that McConnell has so far resisted.

White House spokeswoman Sarah Sanders on Friday said Trump would stay in Washington rather than go to his Mar-a-Lago resort in Florida for the holidays as planned, but said she hoped the Senate would not vote down the bill.

“We hope they’ll step up,” she told reporters at the White House.

Trump’s border wall was a key campaign promise in the 2016 election, when he said it would be paid for by Mexico, and sees it as a winning issue for his 2020 re-election campaign.