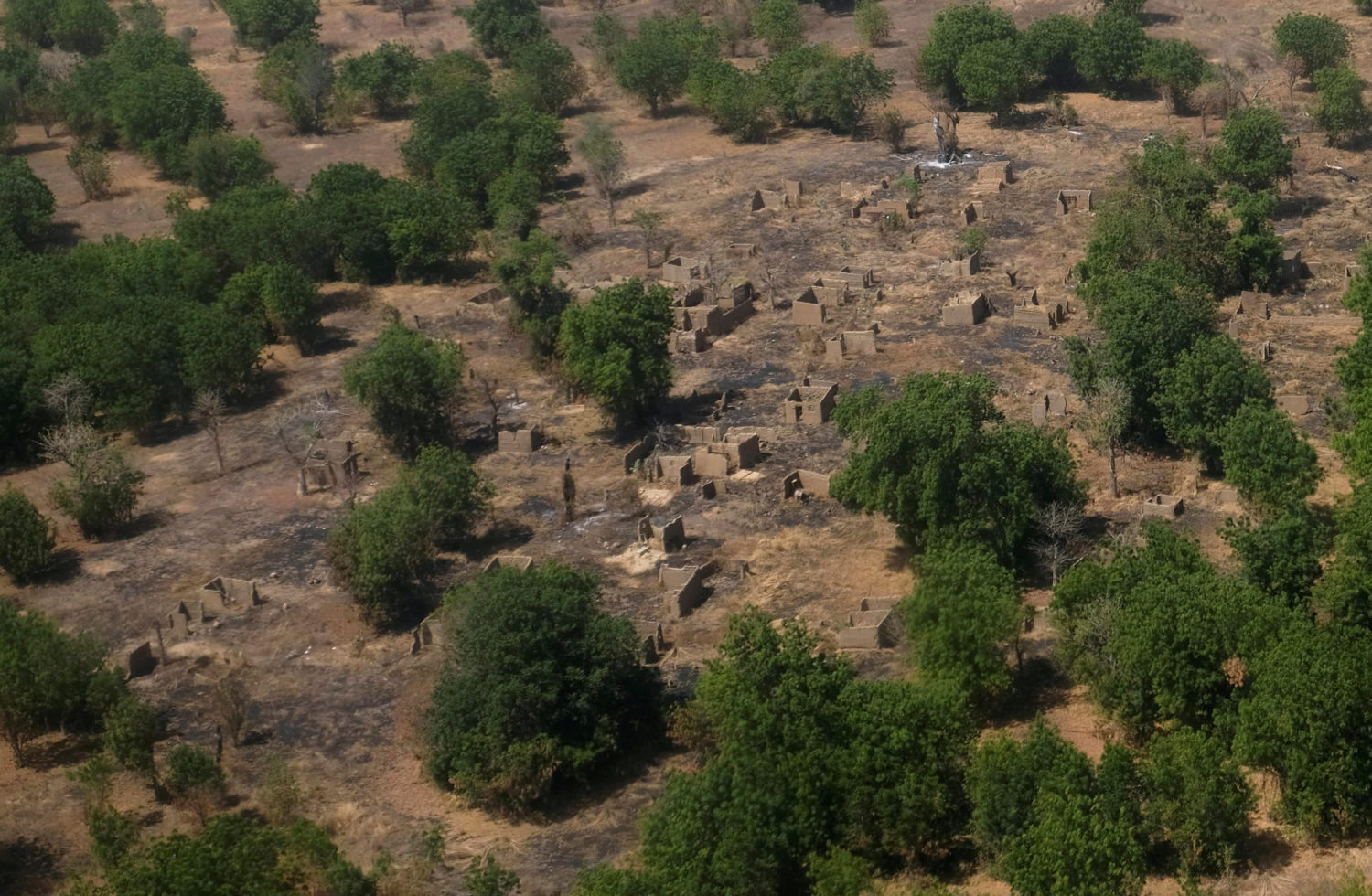 MAIDUGURI, Nigeria (Reuters) – Nigeria’s Borno state, the epicenter of an ongoing Islamist insurgency, will shut all camps that are holding thousands of internally displaced persons by the end of the year, its governor said on Friday, citing improved security in the state.

The conflict between the insurgents and Nigeria’s armed forces has also spread to Chad and Cameroon and has left about 300,000 dead and millions dependent on aid, according to the United Nations.

Borno, which shares a border with Niger, Cameroon and Chad has for more than a decade been the foremost outpost of an insurgency led by Islamist group Boko Haram and later its offshoot Islamic State for West Africa Province (ISWAP).

Speaking after a meeting with President Muhammadu Buhari in Abuja, Borno governor Babgana Zulum said security had improved in the state so much that those living in camps in the state capital Maiduguri could return home.

“So far so good, Borno State government has started well and arrangements have been concluded to ensure the closure of all internally displaced persons camps that are inside Maiduguri metropolis on or before 31st December, 2021,” Zulum said.

But humanitarian groups say most families are unwilling to return to their ancestral lands especially in the northern parts of Borno, which they deem unsafe.

Buhari has in the past months claimed his government was gaining ground on the insurgents. Last week the country’s top general said ISWAP leader Abu Musab al-Barnawi was dead, without giving details.

Zulum said Borno state authorities would continue to repatriate Nigerian refugees from a camp in Cameroon.

Boko Haram’s leader Abubakar Shekau died in May and Nigeria says hundreds of fighters loyal to the Islamist group have been surrendering to the government since then.

More than 60 girls who had been taken by the Islamic terrorist group Boko Haram escaped over the weekend and are now under the protection of the Nigerian government.

A local official in the Chibok area of Borno state told the Associated Press Monday that the girls were being held by a group of terrorists who attacked a military outpost.  The girls escaped when the terrorists left to launch the attack on the base.

Officials say most of the girls are in good health but about a quarter had to be hospitalized because of infections and wounds.  Several of the girls reported being beaten by their captors.

The girls reported they were not part of a larger group, meaning the terrorists have broken the girls up into smaller groups.  Boko Haram’s leader Abubakar Shekau has threatened to sell the girls into slavery if the government does not pay for their release.

While the terrorist group has not yet claimed official responsibility, the BBC is reporting that multiple witnesses linked the killers to the terrorist organization. Borno state has been under a state of emergency as the Nigerian military has been trying to eliminate the Islamic extremist group.

“We were asked to get out of our vehicles and lie face down by nine men dressed as soldiers who blocked the road,” a witness told AFP news agency. “They shot dead five people and went about slaughtering 14 others before someone called them on a phone and said that soldiers were heading their direction.”

Witnesses say the terrorists fled the scene on motorcycles. They claim they knew the men were not soldiers because the military does not allow soldiers to have beards.

The terrorist group targets both military and civilians and has killed more than 2,000 people since 2011. Most recently, they attacked an agricultural college in northeast Nigeria and shot 50 students while they slept in dorms.

Local officials are reporting at least 18 people are dead after Boko Haram terrorists attacked a vigilante group in Borno state.

According to reports, the majority of the dead are vigilantes who tried to keep Boko Haram from taking over the town of Benisheik. The attack comes on the heels of a major military operation against Boko Haram camps that killed about 50 terrorists. END_OF_DOCUMENT_TOKEN_TO_BE_REPLACED

Government spokesmen in Nigeria have said that 35 are dead after attacks by terrorists in the northern part of the country.

A military report says 32 terrorists were killed, 2 soldiers and one police officer in the assaults on a police station and military base. The attacks took place in Borno where a state of emergency has been declared due to terrorist attacks from Boko Haram. END_OF_DOCUMENT_TOKEN_TO_BE_REPLACED

The president of Nigeria has declared a state of emergency in three of the country’s states after assaults from Islamic terrorists.

President Goodluck Jonathan has ordered the military to be sent to Borno, Adamawa and Yobe states to take “all necessary action” to eliminate the terrorist threat in the region. END_OF_DOCUMENT_TOKEN_TO_BE_REPLACED

Military officials said Islamic terrorists launched coordinated attacks across Northeast Nigeria that has killed at least 55 people.  The attack struck Barna in Borno state that has seen almost continual terror assaults since Boko Haram began their campaign of terror in 2010.

The terrorists used the assault to raid a federal prison and free 105 inmates. END_OF_DOCUMENT_TOKEN_TO_BE_REPLACED