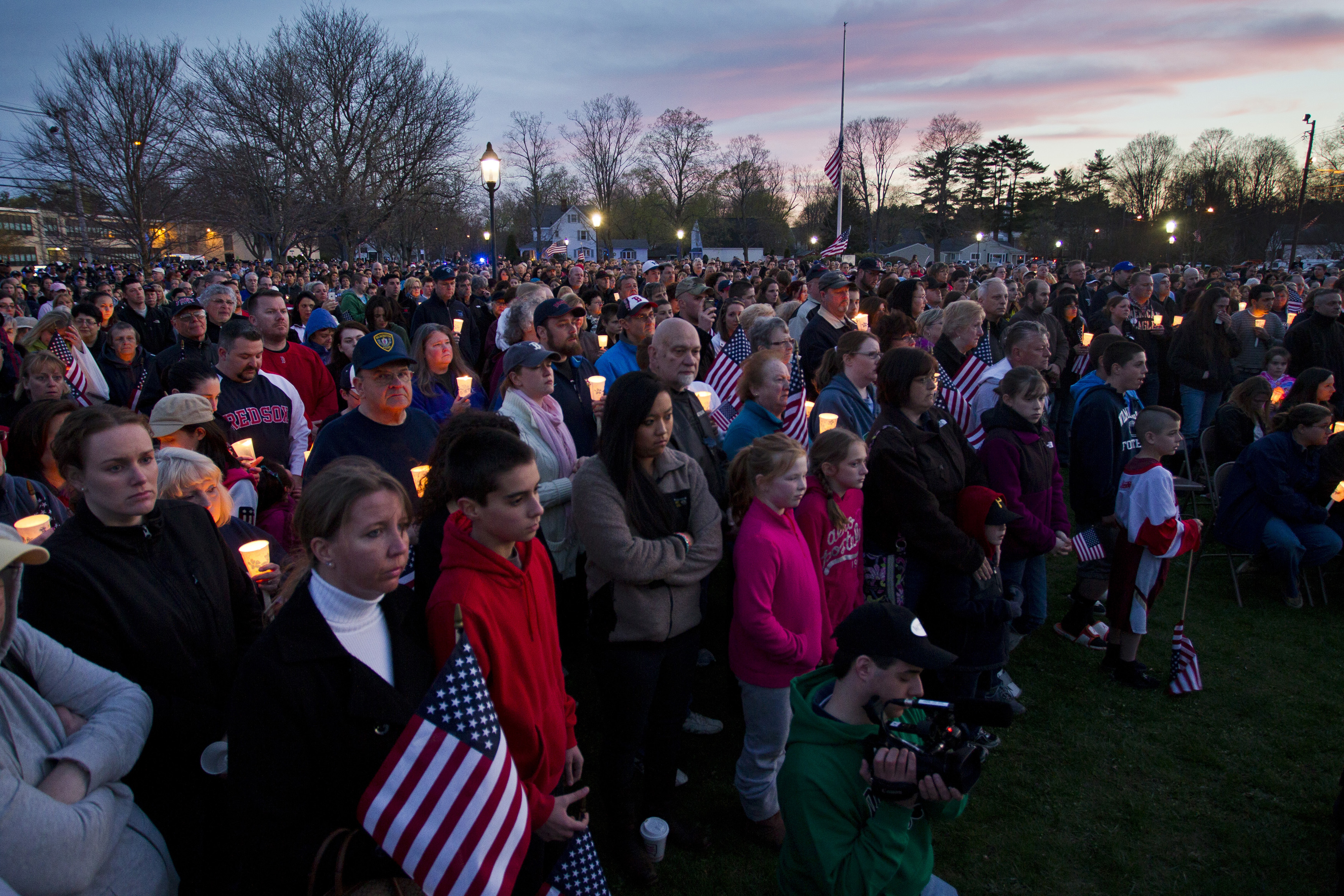 BOSTON (Reuters) – Lawyers for Boston Marathon bomber Dzhokhar Tsarnaev on Thursday asked an appellate court to overturn his conviction and death penalty sentence for helping carry out the 2013 attack, which killed three people and wounded more than 260 others.

Lawyers for Tsarnaev, 25, argued in a brief filed with the 1st U.S. Circuit Court of Appeals in Boston that a lower-court judge’s refusal to move the case to another city not traumatized by the bombings deprived him of a fair trial. 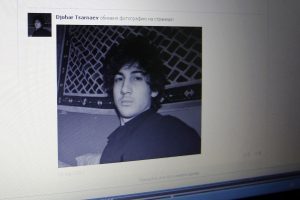 FILE PHOTO: A photograph of Djohar Tsarnaev, who is believed to be Dzhokhar Tsarnaev, a suspect in the Boston Marathon bombing, is seen on his page of Russian social networking site Vkontakte (VK), as pictured on a monitor in St. Petersburg April 19, 2013. REUTERS/Alexander Demianchuk

The attorneys acknowledged that their client, then 19, carried out the attack along with his now-deceased 26-year-old brother, Tamerlan Tsarnaev.

But they argued that wall-to-wall media coverage of the bombings meant that nearly the entire jury pool was exposed to news about the attacks, which included “heart-wrenching stories about the homicide victims, the wounded and their families.”

“The pre-trial publicity was damning: the more a prospective juror had seen, the more likely she was to believe that Tsarnaev was guilty and deserved the death penalty,” Tsarnaev’s lawyers wrote in a 500-page brief.

They said U.S. District Judge George O’Toole also ignored evidence that two jurors had commented on the case on social media before being picked and prevented the defense from telling jurors about Tsarnaev’s brother’s ties to a 2011 triple murder.

That evidence, they said, would have supported their sentencing-related argument that Tsarnaev was a junior partner in a scheme run by his older brother, “an angry and violent man” who had embraced radical Islam.

The appeal came after a federal jury in 2015 found Tsarnaev guilty of placing a pair of homemade pressure-cooker bombs near the finish line of the world-renowned race on April 15, 2013, as well as fatally shooting a policeman three days later.

The same jury later found that Tsarnaev deserved execution for six of the 17 capital charges of which he was found guilty, which were related to the bomb he personally placed at the marathon’s finish line.

That bomb killed 8-year-old Martin Richard, the youngest fatality, and 23-year-old Chinese exchange student Lingzi Lu. The bombing was one of the highest-profile attacks on U.S. soil since Sept. 11, 2001.

Tsarnaev’s brother died after a gunfight with police four days after the bombing, which ended when Tsarnaev ran him over with a stolen car.

The manhunt for Tsarnaev ended when he was found hiding in a boat dry-docked in Watertown, Massachusetts.

(Reporting by Nate Raymond in Boston; editing by Leslie Adler and Tom Brown) 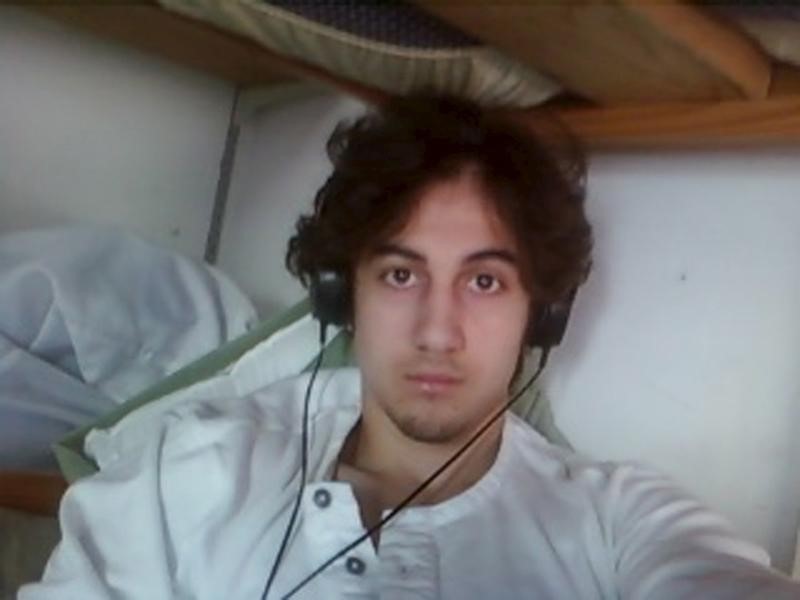 CAIRO (Reuters) – Al Qaeda leader Ayman al-Zawahri has warned the United States of the “gravest consequences” if Boston marathon bomber Dzhokhar Tsarnaev or any other Muslim prisoner is executed.

Tsarnaev, named in a new online video message from Zawahri, was sentenced last year to death by lethal injection for the 2013 bomb attack, which killed three people and injured more than 260.

“If the U.S. administration kills our brother the hero Dzhokhar Tsarnaev or any Muslim, it … will bring America’s nationals the gravest consequences,” Zawahri said.

Zawahri, who became al Qaeda’s leader after U.S. forces killed Osama bin Laden in 2011, urged Muslims to take captive as many Westerners as possible, especially those whose countries had joined the “Crusaders’ Campaign led by the United States”.

The veteran Egyptian-born Islamist, shown wearing white robes and sitting in front of green velvet drapes, said the Western captives could then be exchanged for Muslim prisoners.

Western powers “are criminals and they only understand the language of force”, he added.

The nearly hour-long video, which included images of Tsarnaev, gave no indication of the location of Zawahri, believed to be based close to the Afghan-Pakistan border.

Tsarnaev carried out the Boston bombings along with his older brother Tamerlan, who was killed in a confrontation with police soon after. No organization claimed responsibility.

Tsarnaev is being held at the “Supermax” high-security prison in Florence, Colorado, while his attorneys appeal his death sentence.

Legal wrangling over Tsarnaev’s fate could play out for years or even decades. Just three of the 74 people sentenced to death in the United States for federal crimes since 1998 have been executed.

German security officials told reporters that they had stopped an Islamic terrorist plot similar to the bombings at the Boston Marathon.

A 35-year-old Turkish man and his 34-year-old wife were taken into custody near Frankfurt.  Special police forces found a bomb, firearms, ammunition and chemicals that can make explosives.

Authorities say that the man had been under surveillance as a suspected Islamic extremist.

“According to our current information we have prevented an attack,” said Stefan Mueller, the chief of police for western Hesse state.

The speculation among police is that the target was a professional cycling race scheduled for Friday.

“Of course we talked about the Boston attack last night,” said Mueller, explaining why security officials decided to go ahead with the raid. The race “is a soft target, and of course since the Boston Marathon it’s part of the security assessment for every marathon in Germany, and of course this is true for cycling races too.”

Weapons found in the home included a pipe bomb, 100 rounds of ammunition, a training rocket for an anti-tank weapon and a gallon of hydrogen peroxide along with other chemicals.  Hydrogen peroxide can create a substance called TATP which is what shoe bomber Richard Reid tried to use to blow up a trans-Atlantic flight.

“I want to emphasize that an attack was prevented, but it will have to be seen whether a concrete attack against tomorrow’s cycle race was planned,” Mueller added.

Dzhokhar Tsarnaev, one of the two brothers who carried out an Islamic terrorist attack on the Boston Marathon April 15, 2013, has been found guilty of multiple charges.

The conviction included charges that can bring the death penalty such as conspiracy and use of a weapon of mass destruction.

The conviction was not unexpected as his lawyers admitted he participated in the attack.  The defense had stated their goal was to put doubt in the minds of the jury regarding his motivations in an attempt to spare him the death penalty.  The defense painted Dzhokhar as being brainwashed by his older brother Tamerlan into radical Islam.

“If not for Tamerlan, [the bombing] would not have happened,” Clarke told the jury during closing arguments.

The trial now moves to the punishment phase with the same jurors from the initial phase of the trial.

Prosecutors will be focusing on the fact that extremist Jihadi websites were found on both brother’s computers.  They also showed the writings of Dzhokhar on the boat where he was captured that read “stop killing our innocent people and we will stop.”

Defense attorney Judy Clarke has worked with other high-profile clients to have them spared the death penalty.  She worked to keep the Unabomber and Susan Smith, who drowned her children, from being sent to death row.