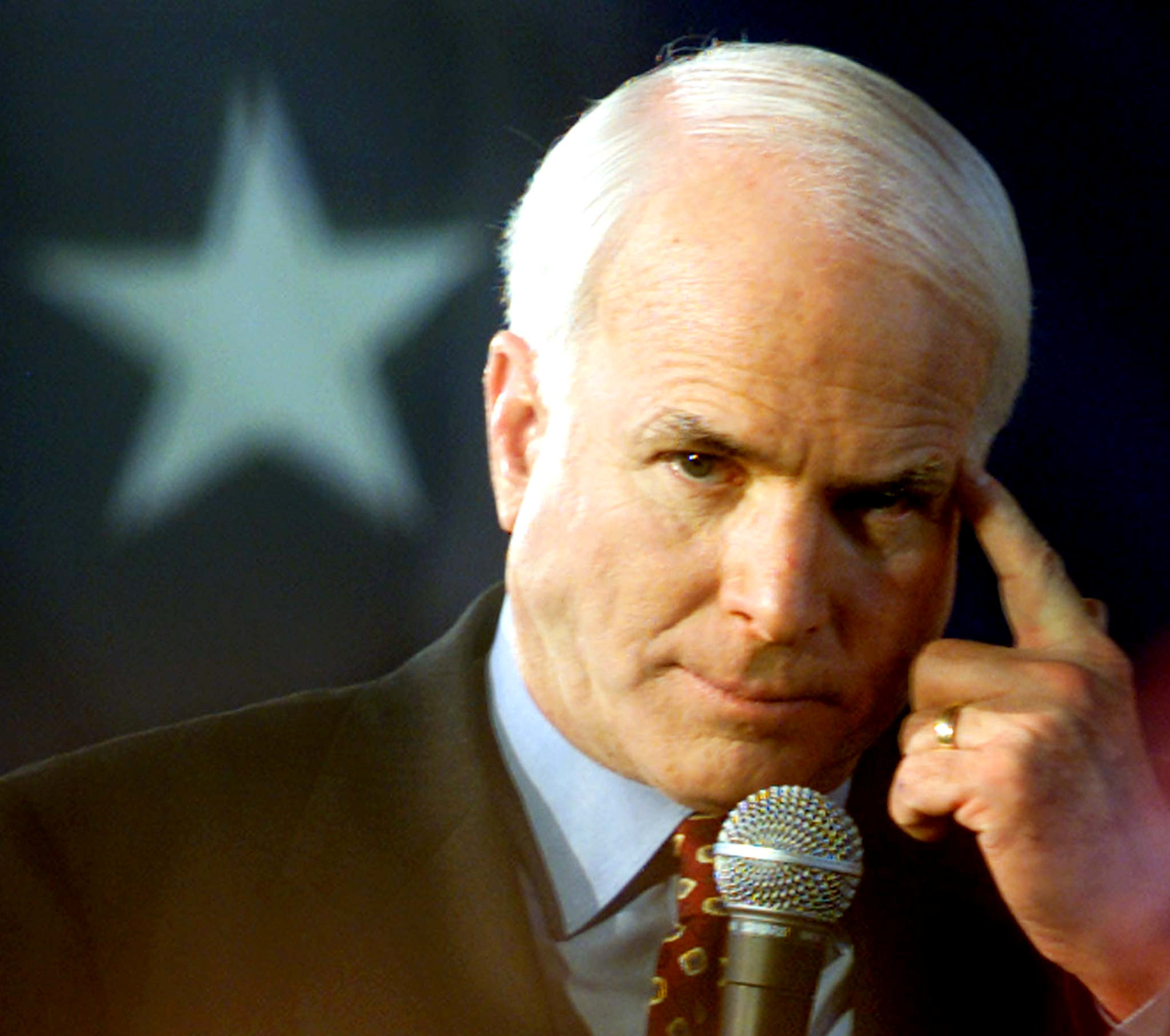 Senator John McCain’s brave fight against cancer came to an end on Saturday afternoon.  The Senator had been battling glioblastoma, an aggressive form of brain cancer, diagnosed by his doctors in 2017.

A statement from his office on Saturday said: “Senator John Sidney McCain III died at 4:28 p.m. on August 25, 2018. With the senator when he passed were his wife Cindy and their family. At his death, he had served the United States of America faithfully for sixty years.”

McCain served in the military and was a prisoner of war for 5 1/2 years in Vietnam.  He was nominated as the 2008 Republican Presidential candidate with his running mate Sarah Palin and served as a U.S. Senator for the state of Arizona for close to three decades.

“My heart is broken. I am so lucky to have lived the adventure of loving this incredible man for 38 years,” Cindy McCain wrote on Twitter. “He passed the way he lived, on his own terms, surrounded by the people he loved, in the place he loved best.”

Our deepest prayers are with his family. 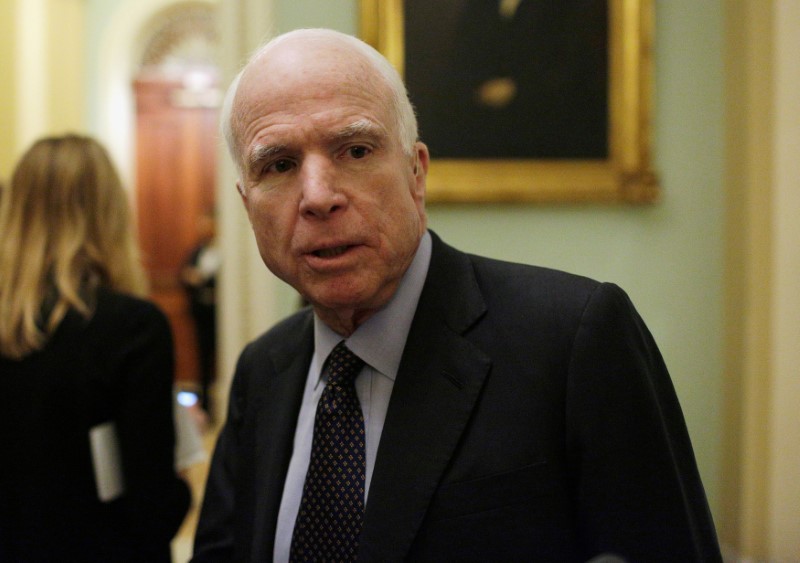 WASHINGTON (Reuters) – Senator John McCain will make a return to the U.S. capitol on Tuesday to play what could be a crucial role in keeping Republican efforts to repeal Obamacare afloat.

McCain, who is battling brain cancer at his Arizona home, is set to help decide whether the repeal push will move forward or perhaps be abandoned entirely.

Senators will be asked whether to begin debate on the Senate floor on a healthcare overhaul that would supplant the 2010 Affordable Care Act, better known as Obamacare.

A loss would force Senate leaders, who have struggled to amass support for their version of an overhaul, to find another strategy or move on to other legislative matters.

President Donald Trump has been increasingly critical of Republican senators and their failure to pass a bill. Trump held an event at the White House on Monday in which he chastised them, saying they “have not done their job in ending the Obamacare nightmare.”

The vote in the divided chamber was expected to be extremely tight, making McCain’s return critical to the repeal effort.

McCain has said that he typically votes to open legislative debates such as these, but has also voiced concerns about the Senate bill and said he would try to address them on the floor.

He was diagnosed with an aggressive form of brain cancer earlier this month after surgery to remove a blood clot and had not been expected to attend Tuesday’s vote. His office, however, released a statement late Monday announcing his return.

Should enough Republicans vote to move forward, senators would begin debating the bill that passed the U.S. House of Representatives in April. But that bill likely would be heavily modified through the amendment process.

Some senators said it was time to either tackle the issue on the Senate floor or move on to other matters.

“Now it’s time to fish or cut bait,” said Republican Senator Mike Rounds. “Let’s get on with it. We have a lot of other things to do.”

No Democrat is expected to vote in favor of opening debate, meaning that Republicans, who hold 52 seats in the 100-seat chamber, cannot afford to lose more than two of their own.

Senator Susan Collins has been the only Republican who has publicly said she will vote against opening debate, but it remained possible that she could be joined by other Republicans concerned about the form the legislation might ultimately take.

Vice President Mike Pence, a Republican who is expected to be on Capitol Hill on Tuesday, would step in the case of tie and vote to move forward. 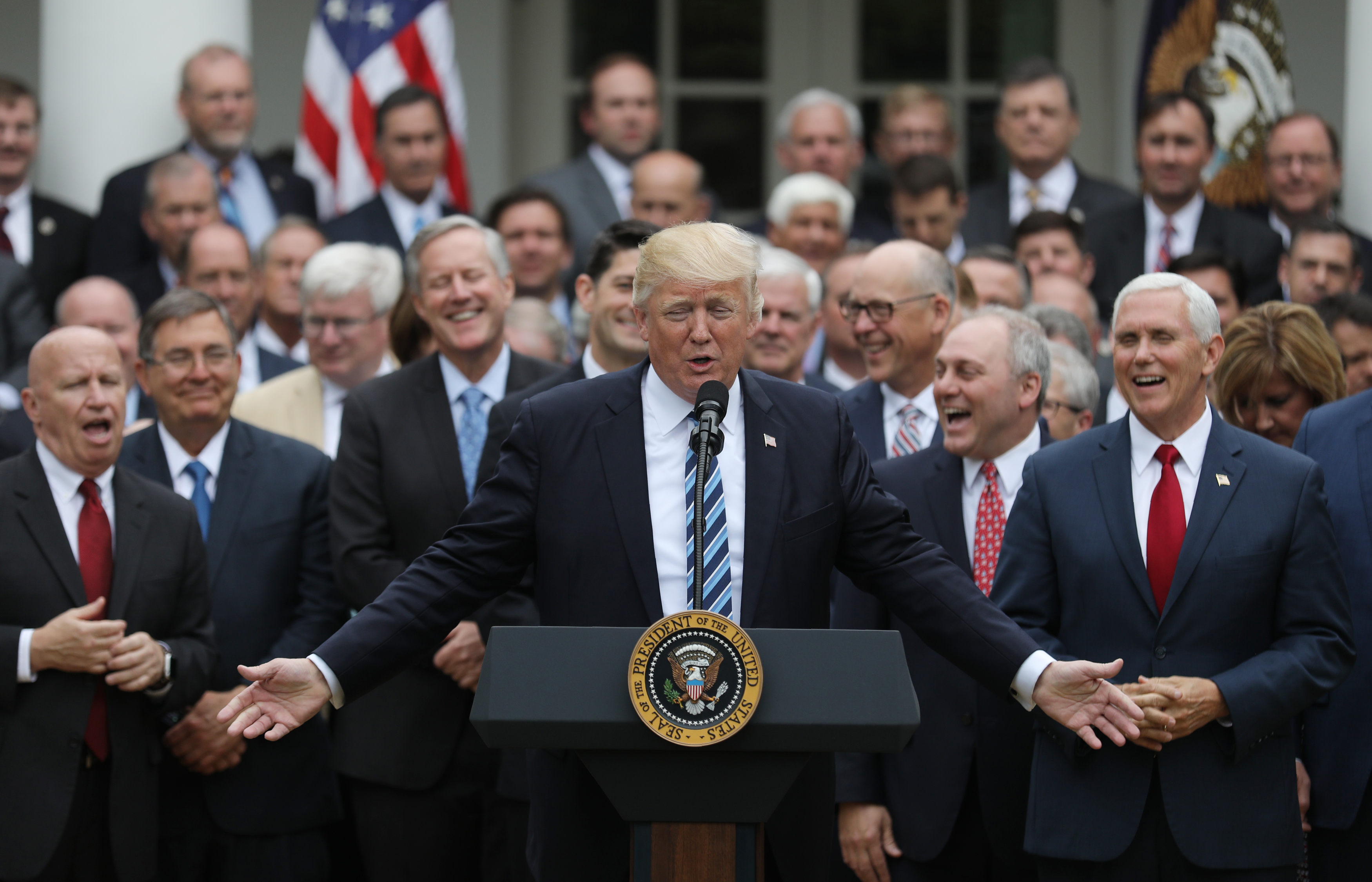 WASHINGTON (Reuters) – A seven-year Republican effort to repeal and replace Obamacare faces a major test this week in the U.S. Senate, where lawmakers will decide whether to move forward and vote on a bill whose details and prospects are uncertain.

The Senate will decide as early as Tuesday whether to begin debating a healthcare bill. But it remained unclear over the weekend which version of the bill the senators would ultimately vote on.

President Donald Trump, after initially suggesting last week that he was fine with letting Obamacare collapse, has urged Republican senators to hash out a deal.

“Republicans have a last chance to do the right thing on Repeal &amp; Replace after years of talking &amp; campaigning on it,” Trump tweeted on Monday.

Republicans view former President Barack Obama’s signature 2010 health law, known as Obamacare, as a government intrusion in the healthcare market. They face pressure to make good on campaign promises to dismantle it.

But the party is divided between moderates, concerned that the Senate bill would eliminate insurance for millions of low-income Americans, and conservatives who want to see even deeper cuts to Obama’s Affordable Care Act.

The House in May passed its healthcare bill. Senate Republicans have considered two versions but have been unable to reach consensus after estimates showed they could lead to as many as 22 million fewer Americans being insured. A plan to repeal Obamacare without replacing it also ran aground.

If the Senate approves a motion to begin debating a healthcare bill, Majority Leader Mitch McConnell will determine which proposal has the most Republican support and move forward to a vote, Republicans said.

Republicans hold 52 of 100 Senate seats. McConnell can only afford to lose two Republican votes as Democrats are united in opposition.

Senator John Barrasso, a member of the Republican leadership, acknowledged on Sunday that there remained a lack of consensus among Republicans.

“Lots of members have different ideas on how it should be best amended to replace what is really a failing Obama healthcare plan,” Barrasso said on CBS’s “Face the Nation.”

The Republican effort has also been complicated by the absence of Senator John McCain, who has been diagnosed with brain cancer and is in his home state of Arizona weighing treatment options. 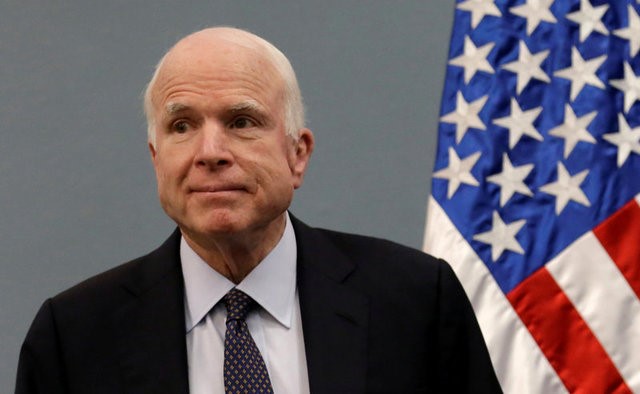 WASHINGTON (Reuters) – U.S. Senator John McCain, the 2008 Republican presidential nominee known for political independence during more than three decades in the Senate, has been diagnosed with an aggressive form of brain cancer, his office said on Wednesday.

The 80-year-old lawmaker and former Navy pilot, who was re-elected to a sixth Senate term in November, has been recovering at home in Arizona since undergoing surgery at the Mayo Clinic in Phoenix last Friday to remove a blood clot from above his left eye.

Tissue analysis since that procedure revealed that a brain tumor known as a glioblastoma was associated with the clot, his office said.

McCain’s doctors said he was recovering from surgery “amazingly well” and that his underlying health was excellent. Treatment options include a combination of chemotherapy and radiation.

However, glioblastoma is considered a grade IV tumor, the most malignant of gliomas. Medical experts said it can be very aggressive and spread into other parts of the brain quickly.

“It takes people’s lives almost uniformly … The tumor cells are very resistant to conventional therapy, such as radiation and chemotherapy. It’s a poor prognosis,” said Dr. Richard Ellenbogen, who chairs the Department of Neurological Surgery at the University of Washington.

McCain’s daughter, Meghan McCain, said the family was shocked by the diagnosis but that her father was the “most confident and calm” of them all as he prepared for a new battle against cancer.

McCain has had non-invasive melanomas removed at least three times. He also overcame injuries suffered as a prisoner of war in Vietnam, where he endured beatings and torture by his North Vietnamese captors.

Questions about McCain’s health arose during a recent Senate hearing when the lawmaker, normally a keen interrogator of witnesses, rambled during questioning of former FBI Director James Comey. His doctors told CNN on Wednesday, however, that he had no sign of neurological impairment before or during his surgery.

His fellow members of Congress rushed to offer tributes to McCain and wishes for his quick recovery. Known for an independent political streak, ready wit and strong opinions, McCain is one of the best-known and most popular U.S. lawmakers among his peers and the media.

Senator Lindsey Graham, a long-time friend, said McCain was “resolved and determined” when they spoke by telephone. “This disease has never had a more worthy opponent.”

While known as a fierce advocate for strong U.S. military action overseas, McCain also has a reputation for working with Democrats on issues from clamping down on campaign finance abuses to immigration reform. This week, McCain called for a bipartisan approach to overhauling the U.S. healthcare system.

‘GIVE IT HELL, JOHN’

Former Democratic President Barack Obama, who defeated McCain for the White House in 2008, called McCain “an American hero and one of the bravest fighters I’ve ever known. Cancer doesn’t know what it’s up against. Give it hell, John.”

McCain was one of Congress’ most vocal critics of Obama’s foreign policy, but he has also raised questions about Trump, a fellow Republican.

McCain found himself to be a brief side issue in the race for the 2016 Republican presidential nomination when he criticized Trump, who responded by saying McCain was not a war hero because he had been captured by the Vietnamese.

Senate Majority Leader Mitch McConnell called McCain, the chairman of the Armed Services Committee, a hero and said he looked forward to having him back in Washington.

McCain, the son and grandson of admirals, was a U.S. Navy pilot. His plane was shot down over Vietnam in 1967 and he spent 5-1/2 years as a prisoner of war.

One of McCain’s proudest moments as a U.S. senator was working to pass legislation banning torture in 2015.

When he was offered release because of his father’s rank, McCain refused to be freed before those who had been held captive longer. He finally returned to the United States in 1973, with other prisoners of war.

McCain’s absence this week has complicated efforts by Trump and his fellow Republicans to repeal Obama’s Affordable Care Act, popularly known as Obamacare. McCain’s absence from Washington makes it difficult for McConnell to gather the 50 votes he needs in a chamber where the party holds only a 52-48-seat margin.

His absence could also complicate progress toward passing the annual National Defense Authorization Act, a $700 billion piece of legislation setting policy for the Department of Defense that must pass every year.