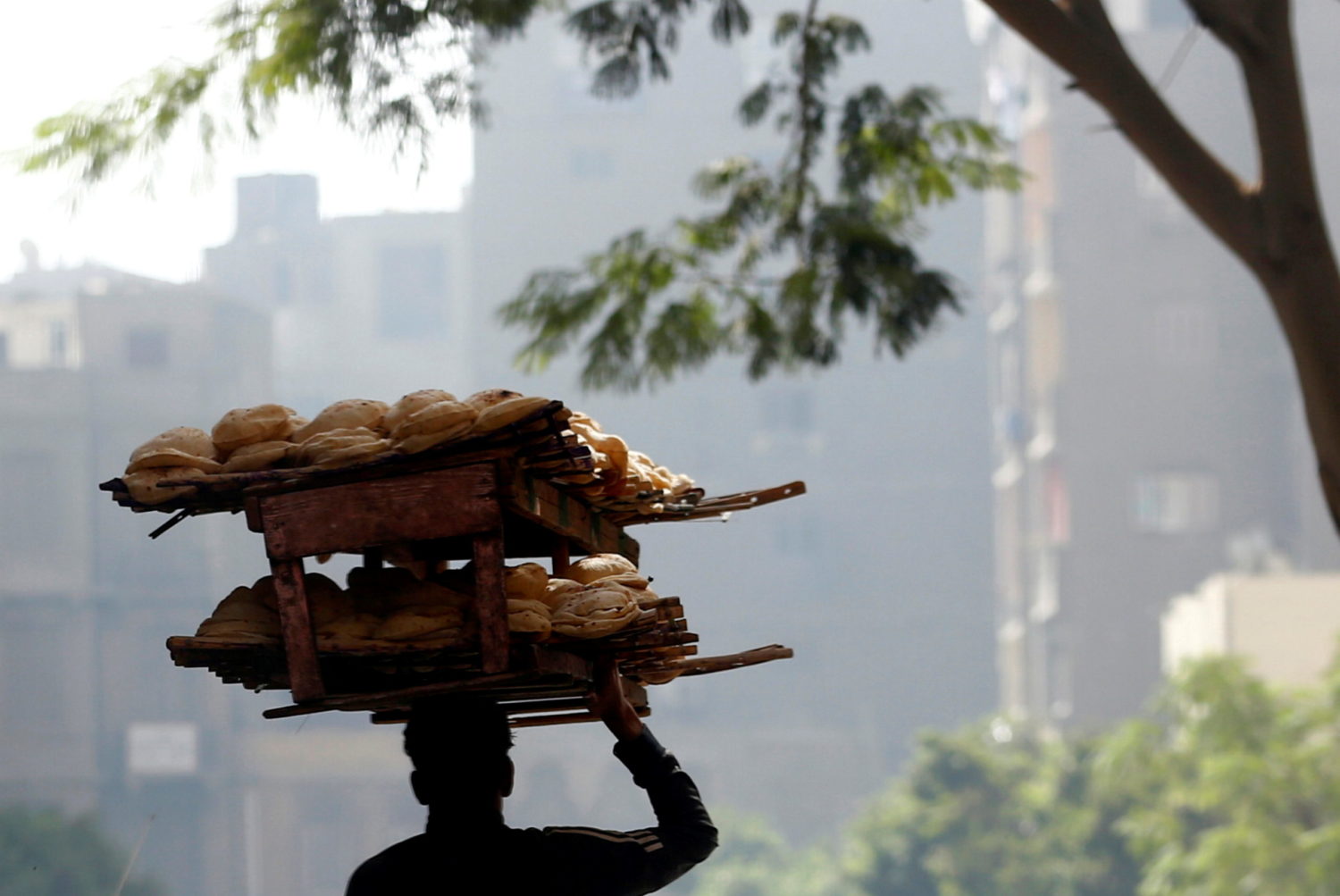 CAIRO (Reuters) – Egyptian President Abdel Fattah al-Sisi said it was time to increase the price of the country’s subsidized bread, revisiting the issue for the first time since 1977 when then president Anwar Sadat reversed a price rise in the face of riots.

Sisi on Tuesday did not specify the amount of any potential increase, but any change to the food support system in the world’s largest wheat importer would be highly sensitive. Bread was the first word in the signature slogan chanted in the 2011 uprising that unseated former president Hosni Mubarak.

Bread is currently sold at 0.05 Egyptian pounds ($0.0032) per loaf to more than 60 million Egyptians, who are allocated five loaves a day under a sprawling subsidy program that also includes the likes of pasta and rice, and costs billions of dollars.

“It is time for the 5 piaster loaf to increase in price,” Sisi said at the opening of a food production plant. “Some might tell me leave this to the prime minister, to the supply minister to (raise the price); but no, I will do it in front of my country and my people.

“It’s incredible to sell 20 loaves for the price of a cigarette.”

Previous attempted changes to the subsidy program, which caused deadly bread riots in 1977, were agreed as part of former President Anwar Sadat’s loan deal with the International Monetary Fund (IMF).

Sisi’s government has also turned to the IMF, which granted a $12 billion loan in 2016 and a one-year $5.2 billion loan last year, but specified that food subsidies should only reach those most in need.

“I’m not saying we make it significantly more expensive, to as high as it costs to make it, 65 or 60 piastres, but (increasing the price) is necessary,” Sisi said.

“Nothing stays stagnant like this for 20 or 30 years, with people saying that this number can’t be touched.”

Sisi has sought to rein in Egypt’s massive subsidy program by targeting those deemed to be sufficiently wealthy while leaving bread prices untouched.

Hussein Abu Saddam, head of the farmer’s syndicate, told Reuters: “The decision is right and comes at a very suitable time. It helps us finish with the old practices and customs, in which the president was always afraid of touching bread prices, fearing the outcry of the poor.”

A hashtag which translates as “except the loaf of bread” trended on Twitter in Egypt by Tuesday afternoon with more than 4,000 tweets.

Last year the country shrank the size of its subsidized loaf of bread by 20 grams, allowing bakers to make more fixed-price loaves from the standard 100kg sack of flour.

“I hope that this is not poorly received, as if we are planning to make a big jump in prices … we are only talking about achieving balance,” Sisi added.

Of that amount, 44.8 billion pounds are allocated towards the bread subsidy.

Wheat prices globally have rallied over supply concerns during the coronavirus pandemic.