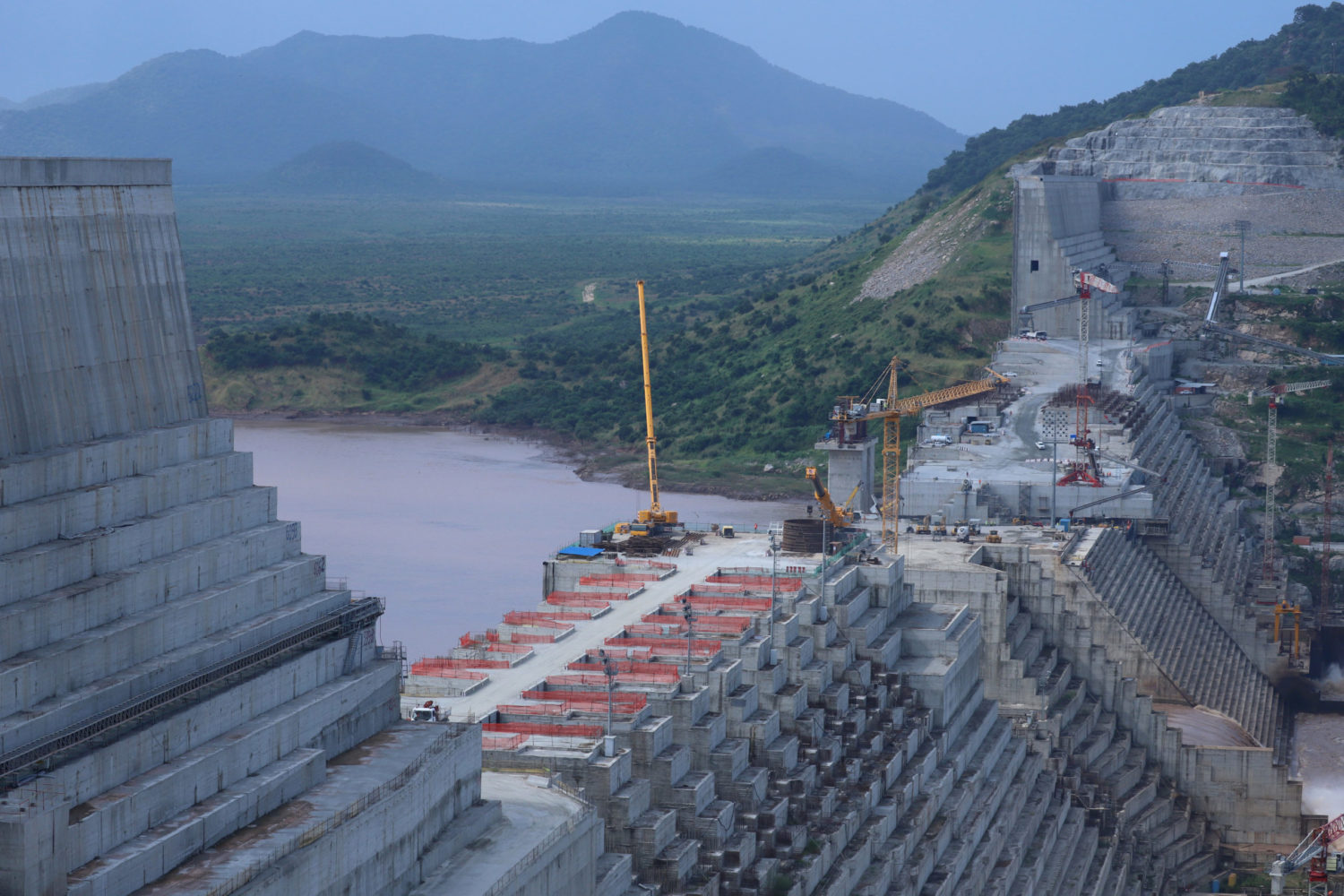 CAIRO (Reuters) – Egypt’s President Abdel Fattah al-Sisi said on Tuesday that there would be severe regional consequences if Egypt’s water supply was impacted by a giant hydropower dam being built by Ethiopia.

“I’m not threatening anyone here, our dialogue is always reasonable and rational,” Sisi said in a response to a question about any risk to Egypt.

“I say once again no one can take a drop from Egypt’s water and if it happens there will be inconceivable instability in the region.” 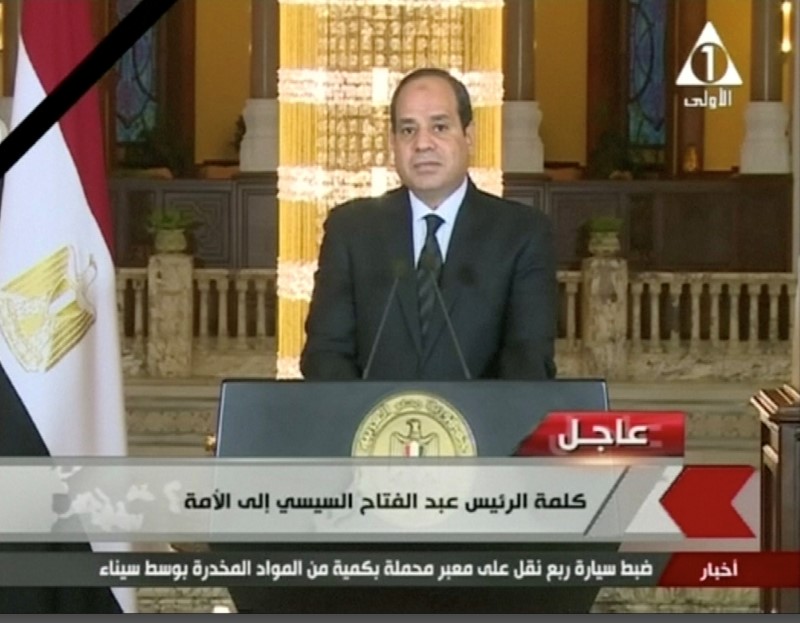 CAIRO (Reuters) – President Abdel Fattah al-Sisi said on Monday Egypt is not conspiring against its neighbors and has no intention to fight, a reference to growing tension with Sudan.

Relations have deteriorated in recent weeks, including over a Sudan-Turkey naval agreement that angered Cairo and an ongoing dispute over a dam Ethiopia is building on the Nile river that runs through all three countries.

In the latest move, Sudan recalled its ambassador to Egypt without saying when he might be back.

“Let’s always look for peace and development, our people need that. They don’t need us arguing and entering conflict,” Sisi said at an inauguration of new projects in the province of Monofeya.

He said Egypt would not interfere in other countries’ affairs. Khartoum has in the past accused Cairo of political meddling while Egypt has accused Sudan of harboring Egyptian Islamists.

“Egypt will not fight its brothers … I’m saying this as a message to our brothers in Sudan,” Sisi said.

Khartoum and Ankara agreed last month that Turkey would rebuild a ruined Ottoman port city on Sudan’s Red Sea coast and construct a dock to maintain civilian and military vessels.

Egyptian officials reacted with suspicion about what they see as Turkey’s plans to expand its influence in the region.

Separately, Ethiopia is building a hydroelectric dam on the Nile which Cairo fears will restrict the waters flowing down from Ethiopia’s highlands and through Sudan to Egypt.

Ethiopia, which wants to become Africa’s biggest power exporter, says it will have no such impact.

Egypt believes Sudan is leaning toward the Ethiopian position in the dispute.

The Ethiopian foreign minister, who held talks with his Sudanese counterpart on Sunday, is expected to visit Cairo later this week for negotiations after multiple delays. 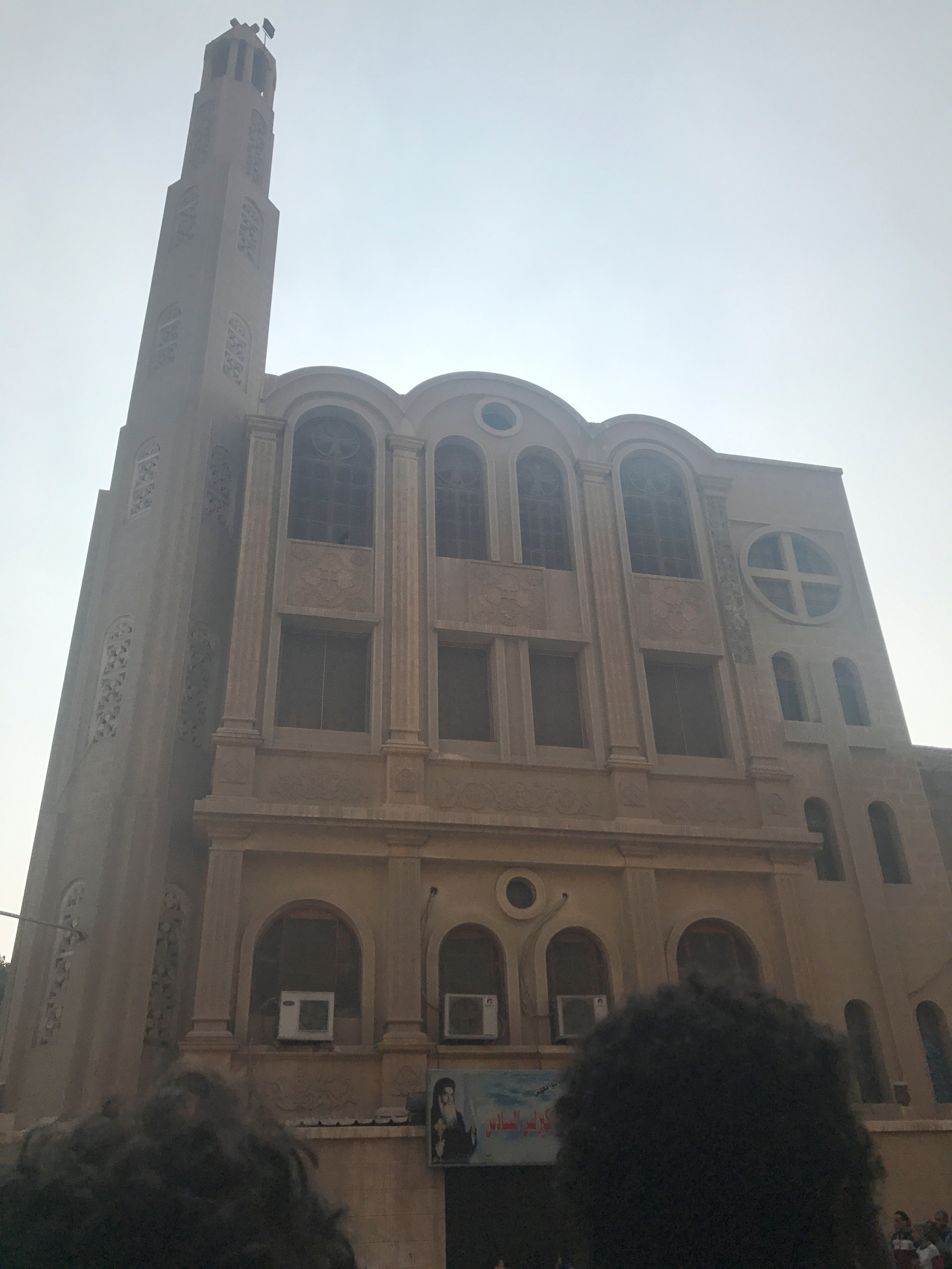 CAIRO (Reuters) – A gunman opened fire on worshipers and Egyptian security forces stationed outside a Coptic church in a Cairo suburb on Friday and killed at least seven people before he was wounded and arrested, the Interior Ministry said.

Earlier reports by security sources and state media said at least two attackers were involved, and that one was shot dead and another fled the scene. The Interior Ministry did not explain the reason for the different accounts.

It said the attacker had first fired at a shop 4 km (3 miles) away, killing two people, before proceeding to the Mar Mina church in the southern suburb of Helwan, where he opened fire and tried to throw an explosive device.

There was no immediate claim of responsibility for the attack. Islamist militants have claimed several attacks on Egypt’s large Christian minority in recent years, including two bombings on Palm Sunday in April and a blast at Cairo’s largest Coptic cathedral in December 2016 that killed 28 people.

Nine were killed in total, including one policeman at the church, the ministry said. Several security sources and local media earlier reported three policemen had been killed. 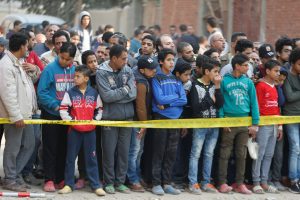 People stand behind police tape cordon at the site of attack on a church in the Helwan district south of Cairo, Egypt December 29, 2017. REUTERS/Amr Abdallah Dalsh

The ministry said forces had “immediately dealt with the (attacker) and arrested him after he was wounded.” It added,

“Legal measures have been taken,” without elaborating.

The general prosecutor said in a statement that an investigation has been launched into the incident.

“The shooting began at 10:30 a.m. and carried on for more than 15 minutes … there was more than one attacker,” Mohammed Hussein Abdelhadi, who lives close to the church, told Reuters.

A witness who did not want to give his name said a policeman was killed while he was closing the church gate to stop the gunman getting in.

The church was being guarded by police in the run-up to Orthodox Christmas celebrations next week.

The Health Ministry said in an earlier statement that nine people had been killed on Friday in addition to the gunman, and five wounded, including two women in serious condition. 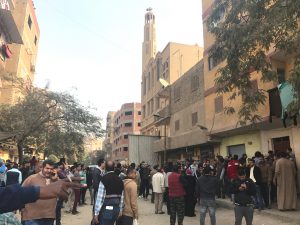 People are seen outside the Mar Mina Church after a blast, in Helwan district on the outskirts of Cairo, Egypt after a blast December 29, 2017. REUTERS/Amr Abdallah Dalsh

Police have stepped up security measures around churches ahead of Coptic Christmas celebrations on Jan. 7, deploying officers outside Christian places of worship and setting up metal detectors at some of the bigger churches.

President Abdel Fattah al-Sisi offered his condolences to the families and ordered security forces to increase safety measures at sensitive sites, his office said in a statement. 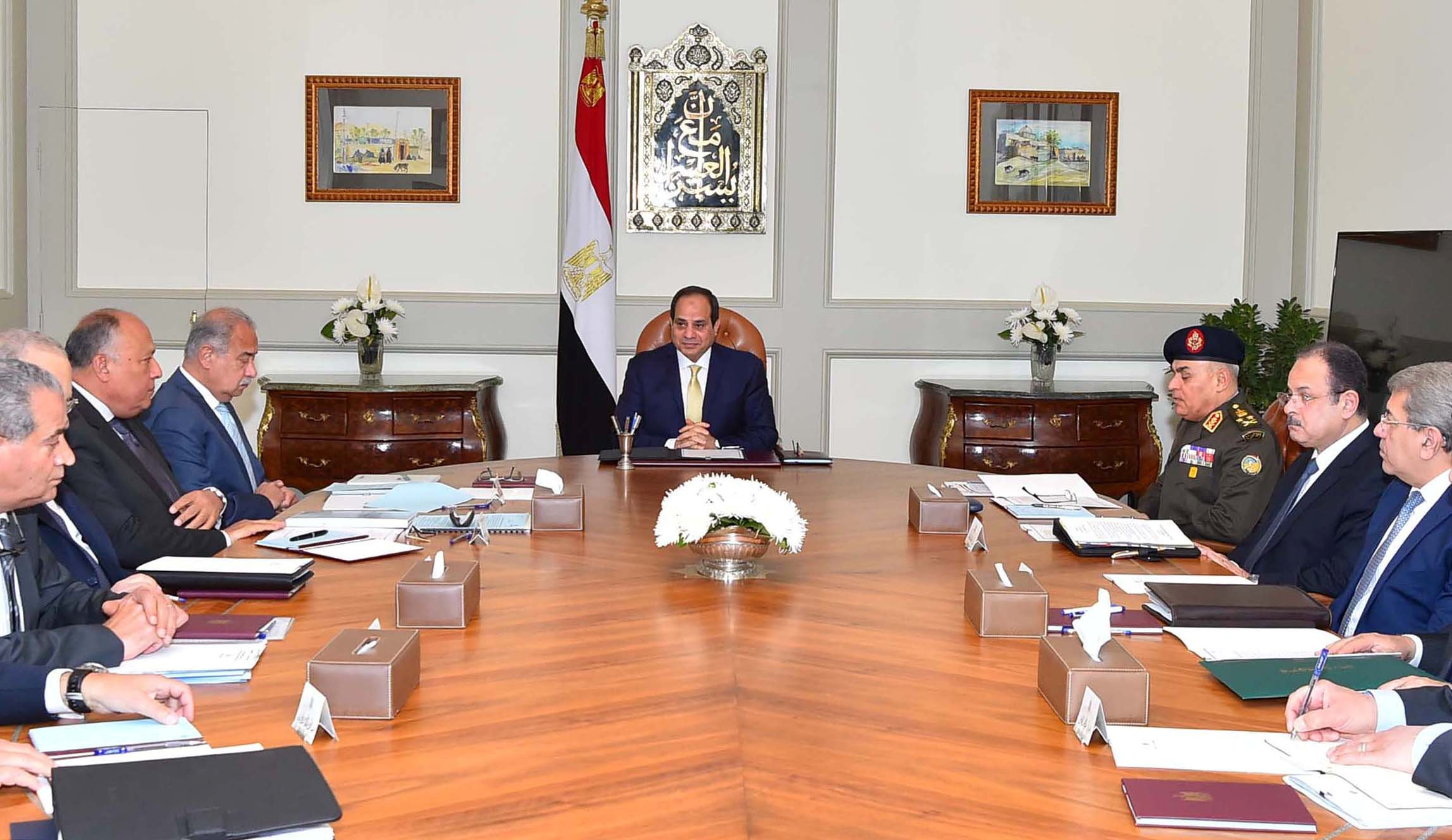 CAIRO (Reuters) – Egyptian President Abdel Fattah al-Sisi issued a pardon for 203 youths jailed for taking part in demonstrations, state news agency MENA said on Monday, as part of a pledge he made months ago to amend a protest law.

Sisi promised in October to amend a law on assembly and protests, which rights groups say is severely restrictive and critics condemn as unconstitutional. He also hinted at possible pardons for youths who had demonstrated against his rule.

Sisi does not have the authority to interfere in Egypt’s judicial processes but can issue pardons.

Since seizing power in mid-2013 from the Muslim Brotherhood, Sisi has presided over a crackdown on his Islamist opponents that has seen hundreds killed and many thousands jailed.

But the dragnet has since widened to include secular and liberal activists at the forefront of the 2011 uprising that ended Hosni Mubarak’s 30 years in power.

A law requiring permission from the Interior Ministry for any public gathering of more than 10 people is strictly enforced and has largely succeeded in ending the kind of mass demonstrations that helped unseat two presidents in three years.

Egypt’s Supreme Constitutional Court upheld the law in December but said that an article granting the Interior Ministry authority to deny protest requests was unconstitutional.

The law imposes jail sentences on those who violate a broad list of protest restrictions, and allows security forces to disperse illegal demonstrations with water cannon, tear gas, and birdshot. The court’s ruling kept all of these elements of the law intact and there is no further appeal.