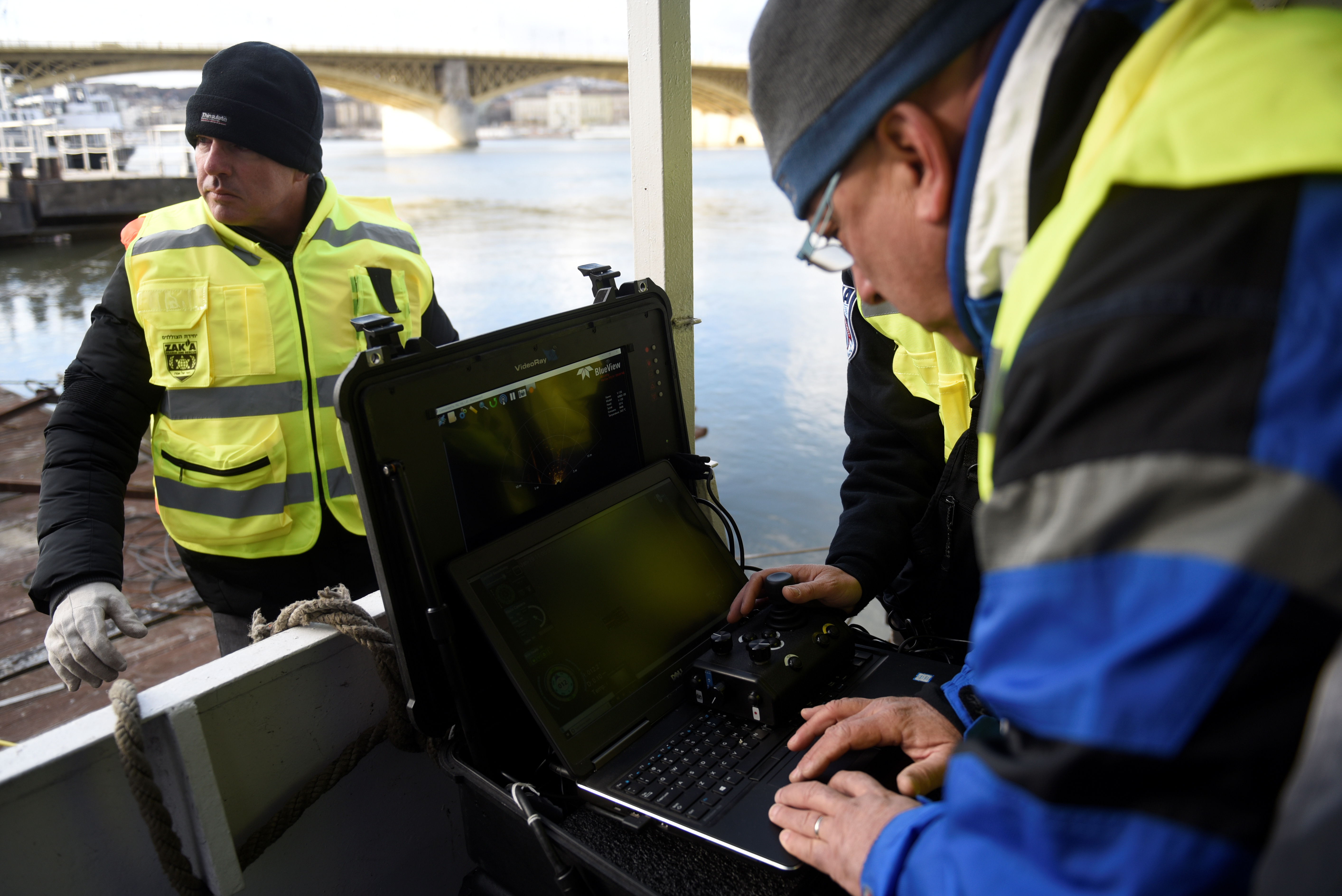 BUDAPEST (Reuters) – An Israel recovery team began mapping out the floor of the Danube in Budapest on Tuesday in search of the remains of Holocaust victims murdered on the riverbank in 1944 and 1945.

Israel’s Holocaust memorial Yad Vashem estimates that 565,000 Hungarian Jews were killed in the Holocaust, the majority of them deported to the Auschwitz death camp between May and July 1944. 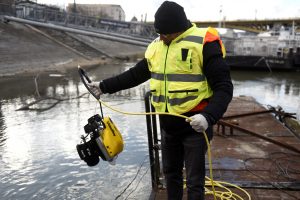 A volunteer of Israeli rescue and recovery organisation ZAKA pulls an underwater sonar from the Danube river during a search for the remains of Holocaust victims murdered on the banks of the river in 1944 in Budapest, Hungary January 15, 2019. REUTERS/Tamas Kaszas

Israeli Interior Minister Arye Deri said on Monday Hungarian counterpart Sandor Pinter had agreed to his request to provide special equipment to forensic experts from the Israeli volunteer group ZAKA who traveled with him to Budapest.

The Hungarian Interior Ministry has yet to respond to emailed questions seeking comment.

On Tuesday ZAKA divers began scanning the bottom of the Danube with an underwater sonar near a Budapest bridge where some remains were recovered several years ago.

“I think it is a triumph, it is after all these years we come to this work, this holy work on Hungarian ground,” Ilan Berkovich, leader of the ZAKA team, told Reuters.

“For me, I am basically Hungarian, my parents, my grandparents, all my family actually were from here. It is kind of a closure, so emotionally it is amazing, actually.”

ZAKA director Yehuda Meshi-Zahav told Reuters it remained unclear where any remains recovered would be buried. “That has yet to be determined. There is some sensitivity in Hungary about this matter,” he said.

Hungarian Jews have voiced concern at the right-wing nationalism of Prime Minister Viktor Orban, who has praised a Hungarian wartime leader who was an ally of Hitler and used an image of Jewish U.S. financier George Soros in an anti-immigration billboard campaign.

On a visit to Jerusalem last July, Orban said Jews should feel safe under his government. Right-wing Israeli Prime Minister Benjamin Netanyahu, who praised Orban, has found common cause with him on Soros and the U.S. billionaire’s support for critics of their governments’ policies.

More divers are expected in Budapest at the end of February to recover as much as possible of the Holocaust victims’ remains in a mission estimated to cost more than one million euros.

“For us it is very important to give respect for the people who died, even after 70 or something years, and we do the best we can to find as many as we can,” ZAKA diver Ilan Levy said.

(Reporting by Krisztina Fenyo in Budapest with additional reporting by Dan Williams in Jerusalem; Writing by Gergely Szakacs; Editing by Mark Heinrich) 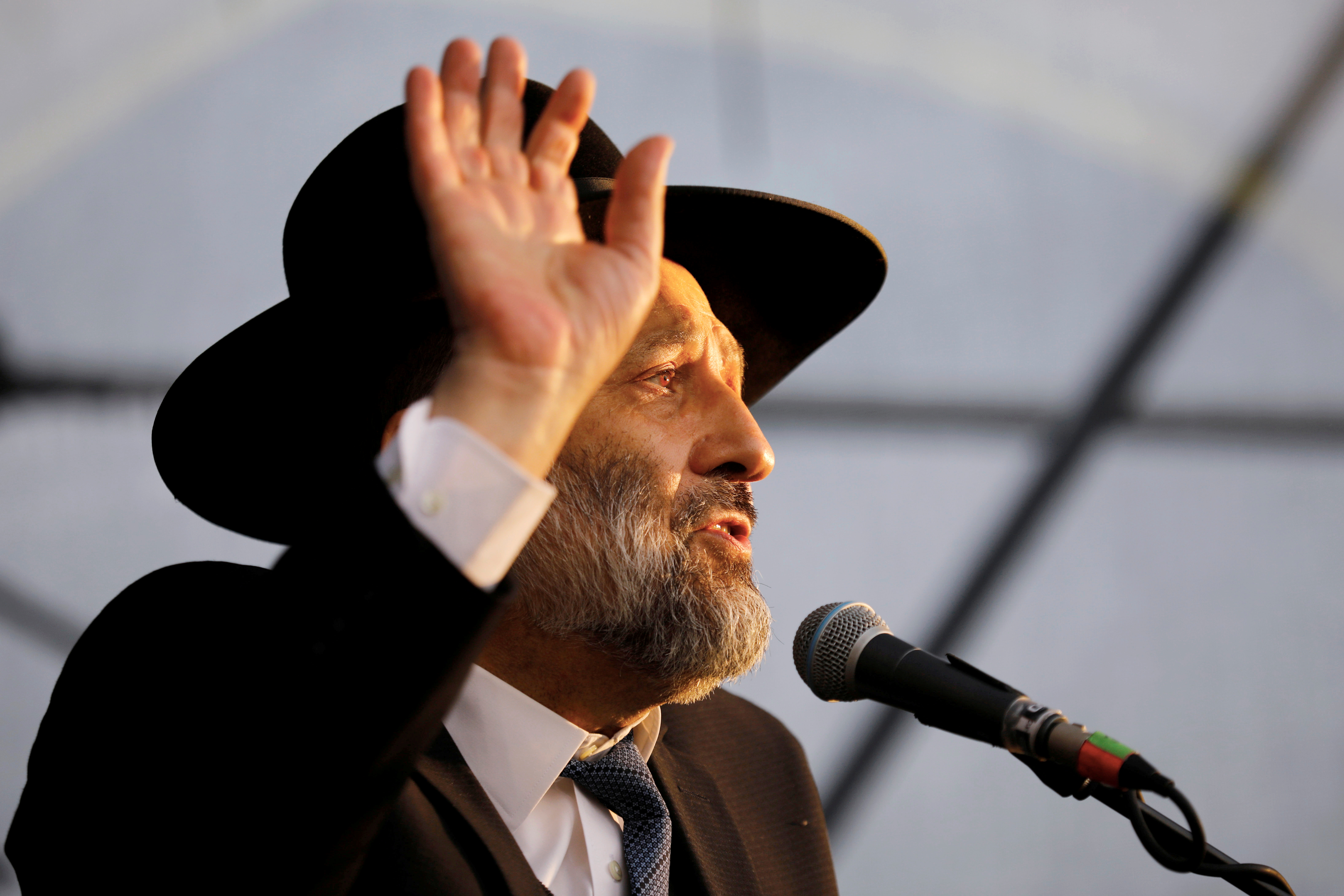 BUDAPEST (Reuters) – An Israeli recovery team will search Hungary’s Danube river for remains of Holocaust victims, with Hungarian permission and assistance, so they can be buried in accordance with Jewish rite, a visiting Israeli official said on Monday.

According to Israel’s Holocaust memorial Yad Vashem, some 565,000 were killed in the Holocaust, the majority of them deported to the Auschwitz death camp between May and July 1944.

Arye Deri, Israel’s interior minister and an ultra-Orthodox rabbi, said his Hungarian counterpart, Sandor Pinter, had agreed to his request to provide special equipment to forensic experts from the Israeli volunteer Zaka who traveled with him to Budapest.

“I hope that immediately, tomorrow, the righteous men of Zaka will bestow mercy on these highest of martyrs and bring them to Jewish burial,” Deri said in a video posted on Twitter.

The Hungarian Interior Ministry did not immediately respond to emailed questions for comment. 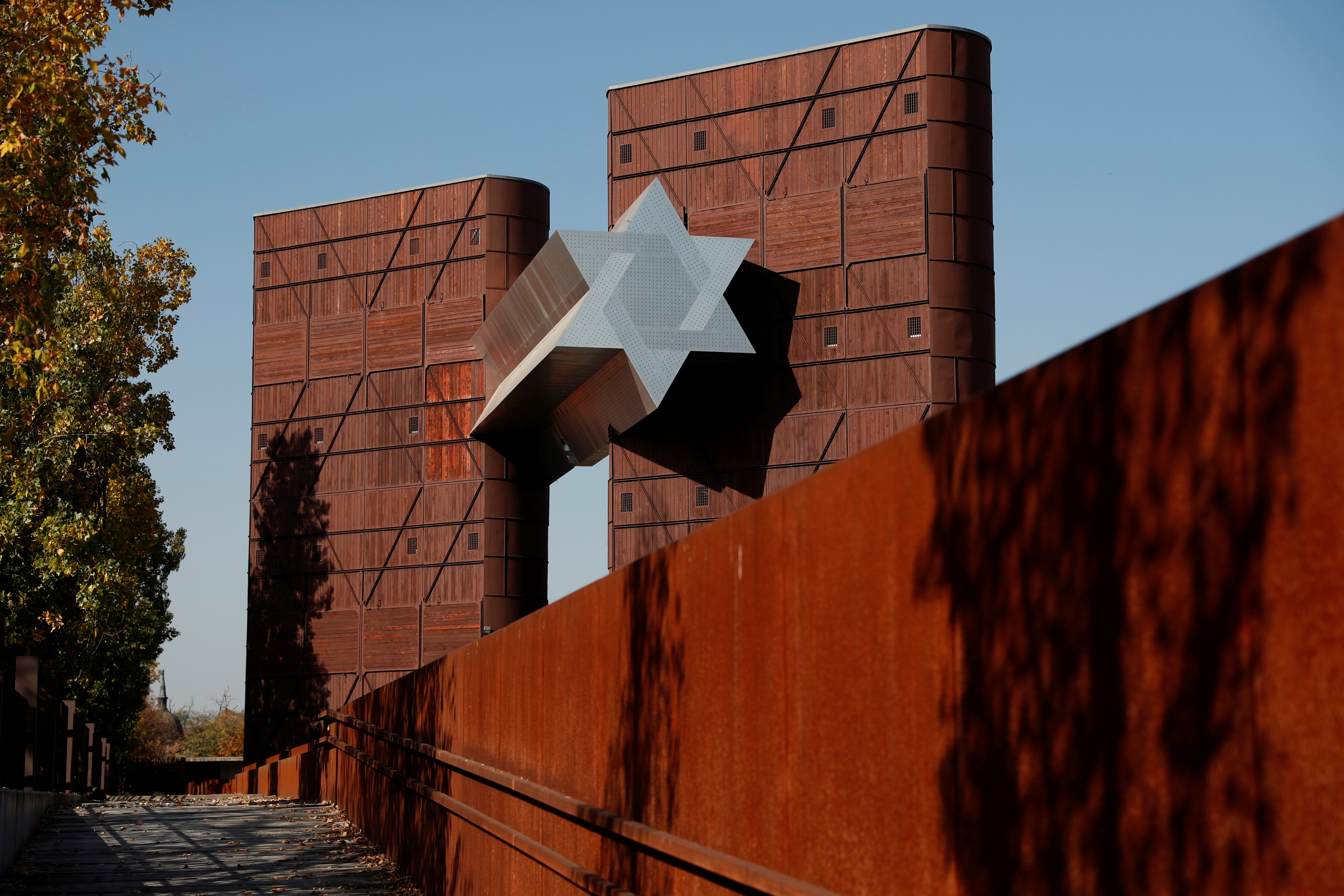 BUDAPEST (Reuters) – A planned new Holocaust museum in Budapest has divided Hungary’s Jewish community and triggered international concerns that it will downplay the wartime role of Hungarians in the persecution and deportation of Jews.

Prime Minister Viktor Orban’s right-wing government plans to open the museum next year to commemorate the 75th anniversary of the deportati7on of Hungarian Jews to death camps in German-occupied Poland. More than half a million Hungarian Jews were among six million Jews killed in Europe during the Holocaust.

In a Sept. 7 decree, the government granted ownership of the new museum, called the House of Fates, to the Unified Hungarian Jewish Congregation (EMIH), one of the three registered Jewish groups in Hungary.

The permanent exhibition, to be set up by the EMIH with government help and housed in a former railway station, will be based on the concept of historian Maria Schmidt, who is an ally of Orban and owns a pro-government weekly.

It will use personal histories to explore the 1938-48 period in Hungary, with particular focus on children, and will also feature temporary exhibitions and education programs.

But the project, first announced in 2014, has drawn criticism from Israel’s Yad Vashem, the World Holocaust Remembrance Center.

“The museum concept clearly avoids addressing the role and responsibility of… Hungarian leaders of that era for the plight of the nation’s Jews, and their eventual abandonment to the hands of Nazi Germany,” Robert Rozett, Director of the Yad Vashem Libraries, said in a statement last month.

It also seeks to gloss over the role of ordinary Hungarian citizens, he said. “It is implied that Hungary was actually a nation of rescuers. This is a grave falsification of history.”

The head of EMIH, Rabbi Slomo Koves, said the museum remained open to suggestions from others, including Yad Vashem, adding that only about half of the concept was so far ready.

Koves said he wanted to give young visitors “an emotional relation to the story” along with all relevant context.

Hungary began ostracizing and discriminating against Jews under its right-wing ruler Miklos Horthy long before World War Two when it was an ally of Nazi Germany. In 1944 the Germans invaded Hungary to stop it switching sides and in just eight weeks, with the collaboration of the authorities, some 437,000 Hungarian Jews were deported to the Auschwitz death camp.

Tens of thousands of others were herded into ghettos in Budapest and killed, mostly by Hungarians.

The World Jewish Congress has suggested that Hungary put the museum under the supervision of an international body such as Yad Vashem, the U.S. Holocaust Museum and the Federation of Hungarian Jewish Communities (MAZSIHISZ).

The chairman of MAZSIHISZ, Andras Heisler, echoed that call, adding: “We’ve received much support from the government but this… dividing of the Jewish community affects us very negatively.”

Orban told parliament this month the opening of the museum could wait until the disputes surrounding it “die down”.

Budapest already has a Holocaust Memorial Center in a former synagogue that was opened in 2004.

Orban has repeatedly declared a policy of zero tolerance on anti-Semitism but has also risked angering Jews with remarks about “ethnic homogeneity” apparently aimed at right-wing voters and has been accused of trying to whitewash Hungary’s past.

In 2014 Orban’s government erected a monument to victims of the Nazi occupation that critics said depicted Hungarians only as passive victims, absolving them of guilt. But Orban has also spoken of “the very many Hungarians who chose evil over good”.

Gergely Gulyas, Orban’s cabinet chief, said the government would bear responsibility for the content of the new museum.

“We bow our heads before the victims of the Holocaust who became victims because the Hungarian state was unable to protect its own citizens and collaborated in the deportations,” he said.