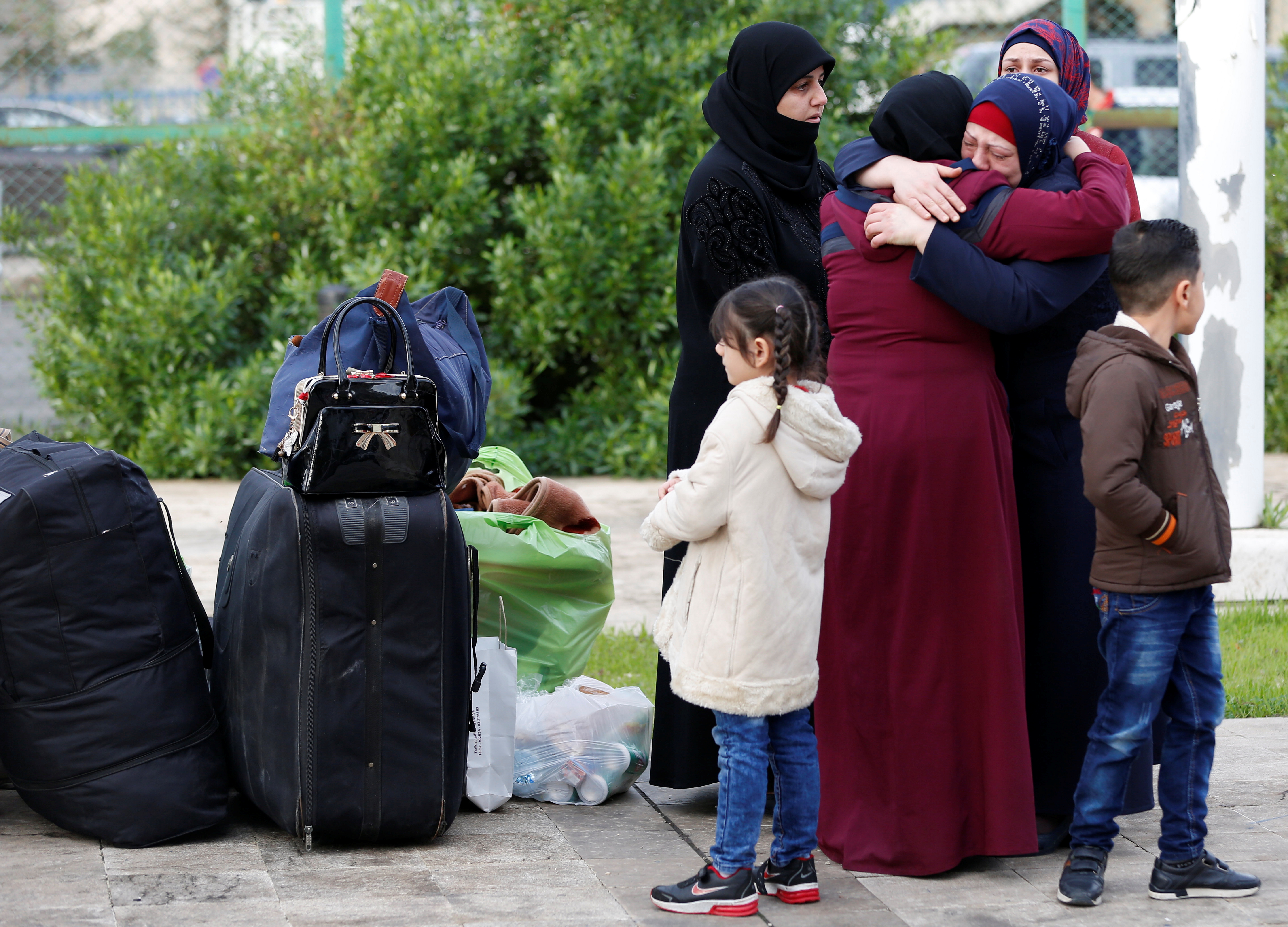 BEIRUT (Reuters) – As the bus pulled out of a Beirut car park heading for Damascus, Ahmed Sheikh waved from the window, excited, he said, to be returning home to Syria after years as a refugee in Lebanon.

Sheikh and his two sons are part of a steady trickle of refugees going back as the Syrian government tightens its grip on areas it controls and the prospect of new fighting recedes.

But not everyone wants to go home just yet. While Beirut says 90,000 Syrians have returned this year, more than a million remain in Lebanon, including many who fear reprisals or army conscription, or whose homes were destroyed in the war.

In a refugee camp in northern Lebanon, Abu Ibrahim recalled how government shellfire had obliterated his hometown, saying it was too dangerous to return to Syria while Bashar al-Assad remains president.

Whether the millions of refugees outside Syria, like Sheikh and Abu Ibrahim, will return to areas where fighting has ended is becoming a pressing issue in the country and abroad.

Assad now controls most of Syria and the front lines appear stable for now between government territory and two big enclaves in the north and east still outside Damascus’ control.

The refugees’ fate is important to Lebanon, Turkey and Jordan, which have each buckled under the strain of hosting so many, but also to Europe, where the refugee crisis has caused political ructions. It will play a critical role in shaping Syria’s own gradual economic recovery too.

About half Syria’s pre-war population fled after war broke out in 2011, 6.3 million of them as refugees abroad and 6 million displaced in their own country. Many were forced to flee numerous times.

About a million remain in Lebanon, 3.6 million in Turkey and nearly 700,000 in Jordan, the UNHCR said. One million Syrian children have been born in exile as refugees since the crisis began.

The agency said on Tuesday that up to 250,000 Syrian refugees were expected to go home next year, while around 37,000 returned in 2018, a figure its officials say may not be complete.

For Sheikh, 46, the decision to return came after a legal problem in Lebanon. His residency permit had expired and he faced a large fine. Police told him he would not have to pay if he agreed to return to Syria.

Still, with the war calmer, he was happy to be going. “There is security here, but living conditions are hard. There is not much work and everything is very expensive,” he said.

He had fled Aleppo with his family in late 2012 after rebels there threatened him, accusing him of links with the government. 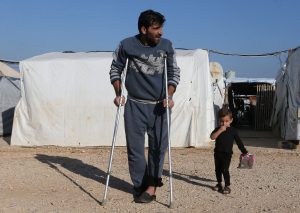 In Syria, he owned a bakery and later worked in Lebanon as a baker after making the long, circuitous journey through war-ravaged Syria with his wife and five children.

But he will not go back to his old Aleppo district, ruined in the fighting. He and his sons will stay with his sister in Manbij, which is controlled by local U.S.-backed forces.

His wife and three daughters will not return to Syria yet. The young women have married and had children while in Lebanon.

Returning is complicated. Syrian security checks on those who seek to come back can take weeks. Not all are approved. Important documents may have been lost. Young children may have no passport at all.

The Lebanese and Syrian governments have organized numerous returns for groups of refugees who register to go back. Sheikh’s return was one of these.

As he got on his bus, another family group hugged and cried – some staying, some going. A father looked through the window at his wife and disconsolate child who were returning to Syria while he stayed on to work in Lebanon.

Abu Ibrahim, by contrast, swears he will not take his wife and three children back. He is haunted by the carnage of an early battle that destroyed Baba Amr, their neighborhood of Homs, which they fled by night as bullets sang overhead.

He had a workshop there, repairing televisions. His parents lived nearby, as did his 11 siblings with their families. People in Baba Amr were close-knit. “Everyone used to know each other,” he said.

When protesters marched in 2011, he joined them, though he did not take up arms, and by early 2012, protests had given way to war.

In a fierce assault on Baba Amr, the army shelled his street, which faced the front line. His building took a direct hit, wounding him and his son. A nephew disappeared, presumed among the hundreds killed.

When the bombardment abated, they left by night, braving sniper fire to cross the fields. “The children couldn’t take it anymore,” he said.

In a new neighborhood, as the army advanced again, he witnessed summary shootings. The family kept on moving, before paying money to cross into Lebanon.

Abu Ibrahim’s old house and his neighborhood are now rubble – a military zone controlled by army checkpoints. His siblings scattered during the fighting. None stayed in Syria.

In Lebanon, he still fixes electrical goods, going house to house on a motorbike with his toolkit. He makes little money and sees no future there.

But he is alarmed by rumors among the refugees in Lebanon that some who have returned were abused or killed, which Damascus denies. In Syria, his oldest boy, now 16, would soon face conscription. His two-year-old daughter lacks a proper birth certificate or passport.

“I will never go back unless the regime is changed, and especially Bashar al-Assad,” he said.

He wants to go to the West, a journey few manage. Of the million Syrians in Lebanon, only a small number have gained permission to relocate there as refugees.

Others attempt the dangerous sea crossing to Cyprus. In September a boat sank, drowning a child whose family could not face a return to their homeland.