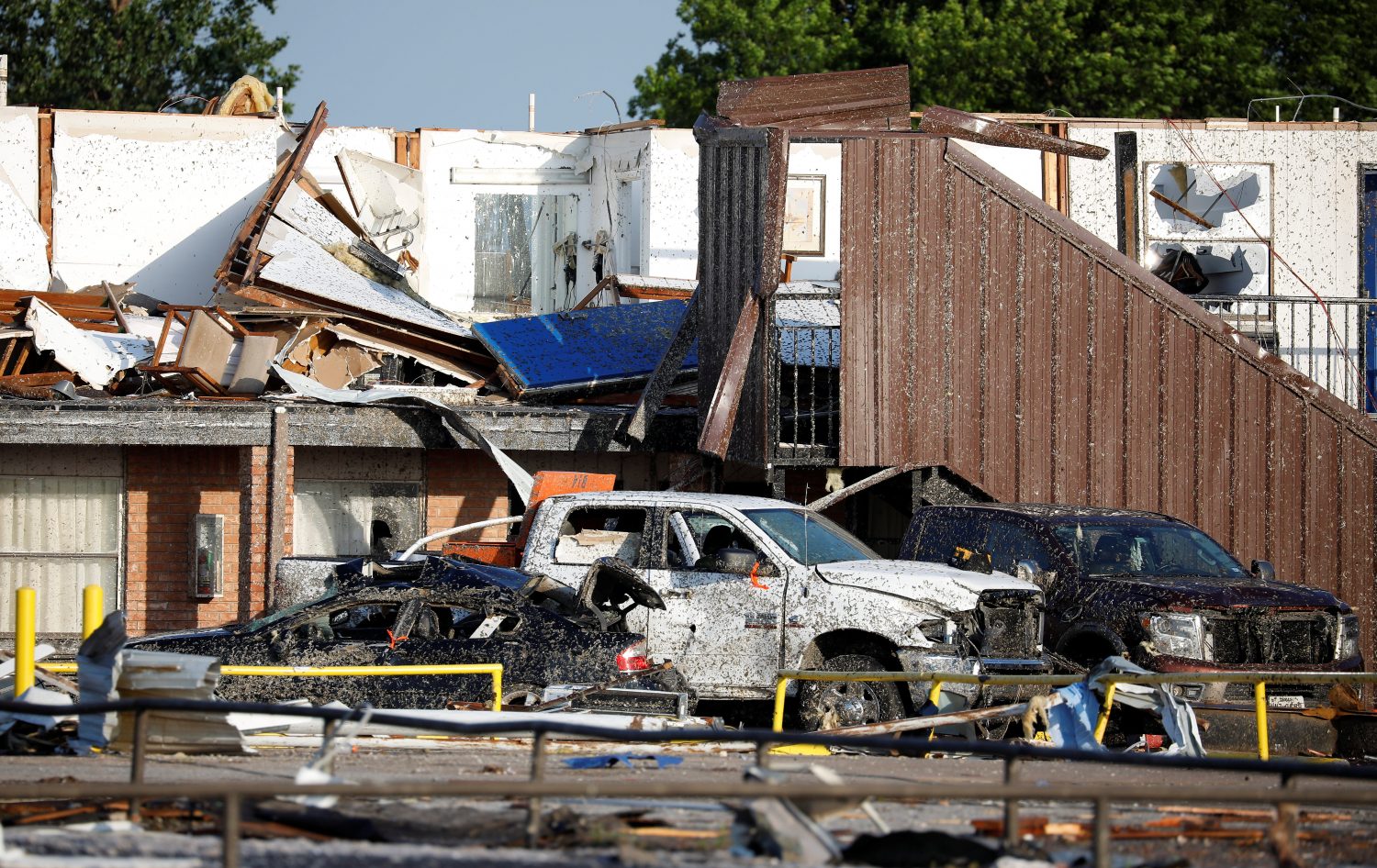 The tornado that hit El Reno on Saturday night was the latest in a barrage of violent weather that is expected to continue after pounding the Central Plains states last week with deadly tornadoes, high winds, drenching thunderstorms and widespread flooding.

In addition to the two fatalities, 29 people suffered minor to critical injuries in the El Reno twister and hundreds more were displaced, the city’s mayor said. 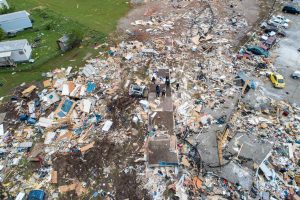 Emergency personnel search an area of destruction after a tornado touched down overnight in an aerial photo in El Reno, Oklahoma, U.S. May 26, 2019. REUTERS/Richard Rowe

“It’s a very trying time for us but we’re going to get through it,” a sometimes emotional Mayor Matt White told reporters on Sunday. “There are several hundred people affected by this. People have absolutely lost everything.”

Rescue workers searched the debris field that had been a mobile home park and an Americas Best Value Inn motor lodge where the tornado did its worst damage in the community about 25 miles (40 km) west of Oklahoma City.

El Reno was among several areas in Oklahoma and Missouri to be hit with heavy rains and river flooding last week, with local media reporting that first responders had made some two dozen boat rescues.

Forecasters expect a moderate risk of more tornadoes and flooding in the central states on Sunday.

“The ground is pretty saturated so it doesn’t take a whole lot of rain to get some additional flooding,” said NWS meteorologist Mark Chenard at the Weather Prediction Center in College Park.

The weather pattern that has set off violent storms and flooding from the Texas Panhandle north to Iowa will remain in place for at least the next three or four days, he said. 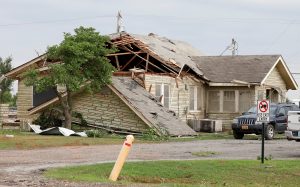 A home on Route 66 is damaged after a tornado touched down overnight in El Reno, Oklahoma, U.S. May 26, 2019. REUTERS/Alonzo Adams

“There could be a brief break but the pattern still looks like it remains favorable for some type of thunderstorm activity across the central part of the country pretty much through the week,” said Chenard.

At least seven people were killed by storms last week.