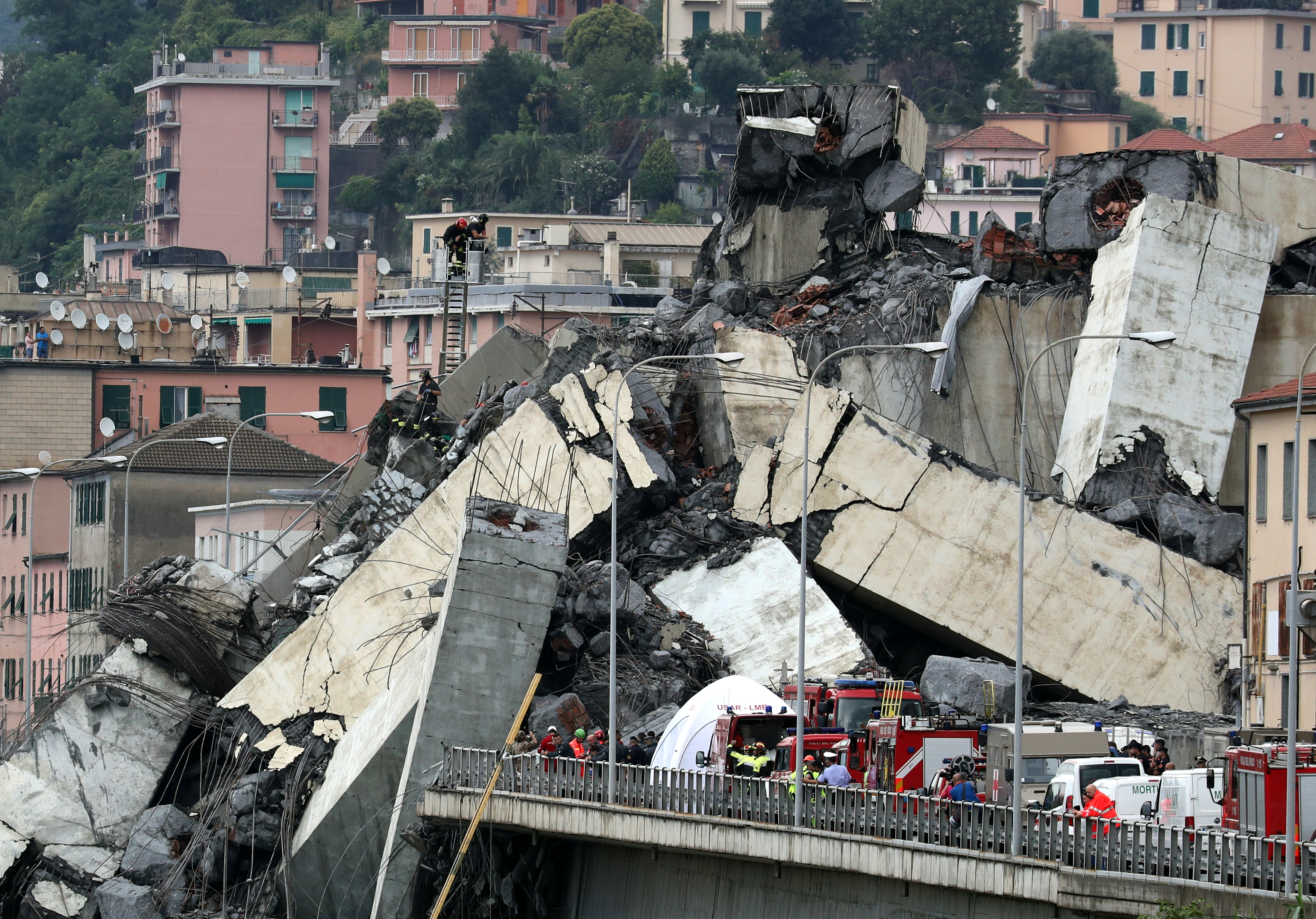 A 50-meter high section of the bridge, including one set of the supports that tower above it, crashed down in the rain onto the roof of a factory and other buildings, crushing vehicles below and plunging huge slabs of reinforced concrete into the nearby riverbed. 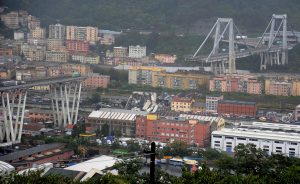 The collapsed Morandi Bridge is seen in the Italian port city of Genoa August 14, 2018. REUTERS/Stringer

“People living in Genoa use this bridge twice a day, we can’t live with infrastructures built in the 1950s and 1960s,” Deputy Transport Minister Edoardo Rixi said on SkyNews24, speaking from Genoa. 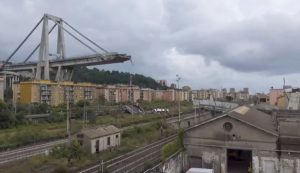 The collapsed Morandi Bridge is seen in the Italian port city of Genoa, Italy, August 14, 2018. Local Team via Reuters TV/REUTERS

Within hours of the disaster, the anti-establishment government which took office in June said it showed Italy needed to spend more to improve its dilapidated infrastructure, ignoring EU budget constraints if necessary.

“We should ask ourselves whether respecting these (budget) limits is more important than the safety of Italian citizens. Obviously, for me it is not,” said Deputy Prime Minister Matteo Salvini, who leads the right-wing League which governs with the 5-Star Movement. 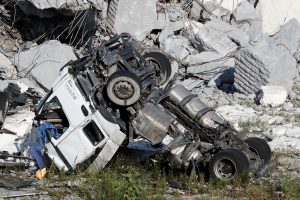 A crushed truck is seen at the collapsed Morandi Bridge site in the port city of Genoa, Italy August 14, 2018. REUTERS/Stefano Rellandini

Helicopter footage on social media showed trucks and cars stranded on either side of the 80-meter long collapsed section of the Morandi Bridge, built on the A10 toll motorway in the late 1960s. One truck was shown just meters away from the broken end of the bridge.

Motorist Alessandro Megna told RAI state radio he had been in a traffic jam below the bridge and seen the collapse.

“Suddenly the bridge came down with everything it was carrying. It was really an apocalyptic scene, I couldn’t believe my eyes,” he said.

Transport Minister Danilo Toninelli told Italian state television the disaster pointed to a lack of maintenance, adding that “those responsible will have to pay.”

But Stefano Marigliani, the motorway operator Autostrade’s official responsible for the Genoa area, told Reuters the bridge was “constantly monitored and supervised well beyond what the law required.” 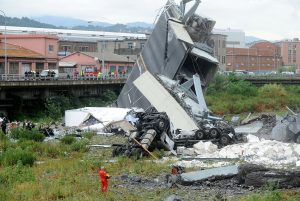 Rescue workers are seen at the collapsed Morandi Bridge in the Italian port city of Genoa, Italy August 14, 2018. REUTERS/Stringer

He said there was “no reason to consider the bridge was dangerous.”

Restructuring work was carried out in 2016 on the 1.2 km-long bridge, first completed in 1967. The motorway is a major artery to the Italian Riviera and to France’s southern coast.

Autostrade, a unit of Atlantia, said work to shore up its foundation was being carried out at the time of the collapse.

But the head of the civil protection agency, Angelo Borrelli, said he was not aware that any maintenance work was being done on the bridge.

Borrelli said there were 30-35 vehicles on the bridge when the middle section came down, including three lorries. He said 13 people had been hospitalized, including five in a critical condition.

Some 200 firefighters were on the scene, the fire service said, and Sky Italia television said four people had been pulled from the rubble.

Police footage showed firemen working to clear debris around a crushed truck, while other firemen nearby scaled some of the huge broken slabs of reinforced concrete that had supported the bridge. 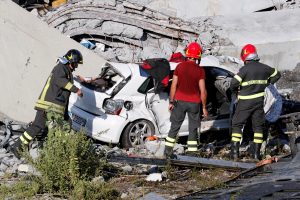 The government has pledged to increase public investments and lobby the European Commission to have the extra spending excluded from EU deficit calculations.

“The tragic facts in Genoa remind us of the public investments that we so badly need,” said Claudio Borghi, the League’s economy spokesman.

The office of Prime Minister Giuseppe Conte said he was heading to Genoa in the evening and would remain there on Wednesday. Defense minister Elisabetta Trenta said the army was ready to offer manpower and vehicles to help with the rescue operations.

Train services around Genoa have been halted.

Shares in Atlantia, the toll road operator which runs the motorway, were suspended after falling 6.3 percent.