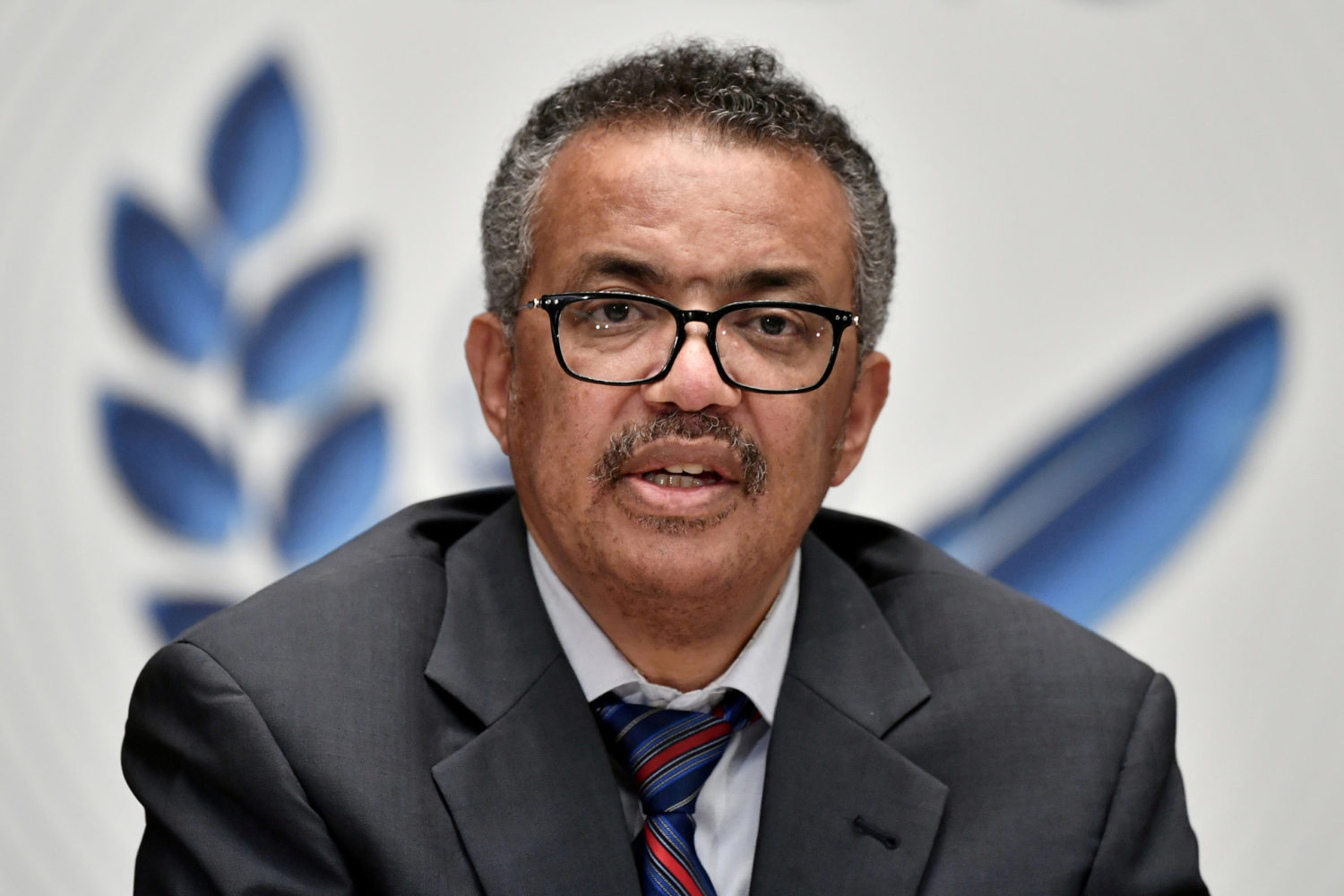 GENEVA (Reuters) -Confusion and complacency in addressing COVID-19 means the pandemic is a long way from over, but it can be brought under control in months with proven public health measures, WHO Director-General Tedros Adhanom Ghebreyesus said on Monday.

“We too want to see societies and economies reopening, and travel and trade resuming,” Tedros told a news briefing.

“But right now, intensive care units in many countries are overflowing and people are dying – and it’s totally avoidable.”

“The COVID19 pandemic is a long way from over. But we have many reasons for optimism. The decline in cases and deaths during the first two months of the year shows that this virus and its variants can be stopped,” he added, saying transmission was being driven by “confusion, complacency and inconsistency in public health measures.”

India has overtaken Brazil to become the nation with the second highest number of infections worldwide after the United States, as it battles a massive second wave, having given about 105 million vaccine doses among a population of 1.4 billion.

WHO team leader on COVID-19 Maria van Kerkove told the news briefing the pandemic was growing exponentially, with a 9% increase in cases last week, the seventh consecutive week of increases, and a 5% rise in deaths.

Tedros said that in some countries, despite continuing transmission, restaurants and nightclubs were full and markets were open and crowded with few people taking precautions.

“Some people appear to be taking the approach that if they’re relatively young, it doesn’t matter if they get COVID-19,” he said. 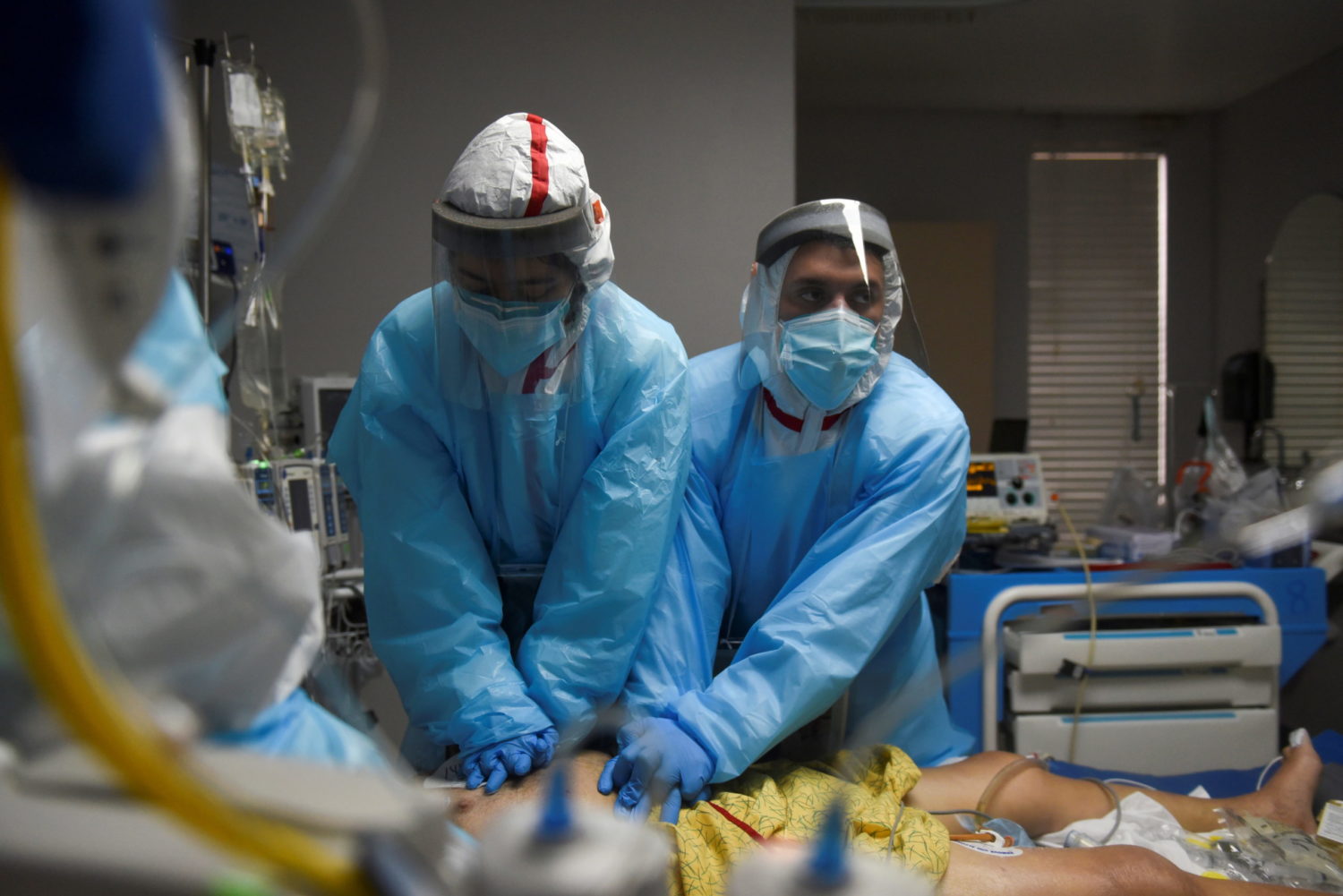 By Maria Caspani and Anurag Maan

NEW YORK (Reuters) – The United States on Monday crossed the staggering milestone of 500,000 COVID-19 deaths just over a year to the day since the coronavirus pandemic claimed its first known U.S. victims in Santa Clara County, California.

The country had recorded more than 28 million COVID-19 cases and 500,054 lives lost as of Monday afternoon, according to a Reuters tally of public health data, although daily deaths and hospitalizations have fallen to the lowest level since before the Thanksgiving and Christmas holidays.

About 19% of total global coronavirus deaths have occurred in the United States, an outsized figure given that the nation accounts for just 4% of the world’s population.

Biden and Vice President Kamala Harris are set to commemorate the huge loss of life due to COVID-19 later on Monday during an event at the White House that will include a speech by the president, a moment of silence and a candle lighting ceremony.

The National Cathedral in Washington will also toll its bells 500 times on Monday evening to honor the lives lost to COVID-19 in a livestream event, according to a notice on its website.

In 2020, the virus has taken a full year off the average life expectancy in the United States, the biggest decline since World War Two.

Sweeping through the country at the beginning of last year, the U.S. epidemic had claimed its first 100,000 lives by May.

The death toll doubled by September as the virus ebbed and surged during the summer months.

Pandemic-weary Americans, like so many around the world, grappled with the mountain of loss brought by COVID-19 as health experts warned of yet another coronavirus resurgence during the upcoming fall and winter months.

Americans lost mothers and fathers, husbands and wives, brothers, sisters and friends to the virus. For many, the grief was amplified by the inability to see loved ones in hospitals or nursing homes and by the physical distancing imposed by authorities to curb the virus spread.

By December, the death toll had reached 300,000 as the United States entered a deadly post-holiday season that would claim 230,000 lives in the span of less than three months.

With numbers that made the appalling toll early in the pandemic pale by comparison, deaths recorded between December and February accounted for 46% of all U.S. COVID-19 fatalities, even as vaccines finally became available and a monumental effort to inoculate the American public got underway.

Despite the grim milestone, the virus appears to have loosened its grip as COVID-19 cases in United States fell for the sixth consecutive week. However, health experts have warned that coronavirus variants initially discovered in Britain, South Africa and Brazil could unleash another wave that threatens to reverse the recent positive trends.

Fauci cautioned against complacency and urged Americans to continue public health measures such as wearing masks, physical distancing and avoiding crowds while officials race to inoculate the population, particularly with these more contagious new variants circulating.

“We’ve got be really careful and not just say ‘OK we’re finished now, we’re through it,” he told ABC. 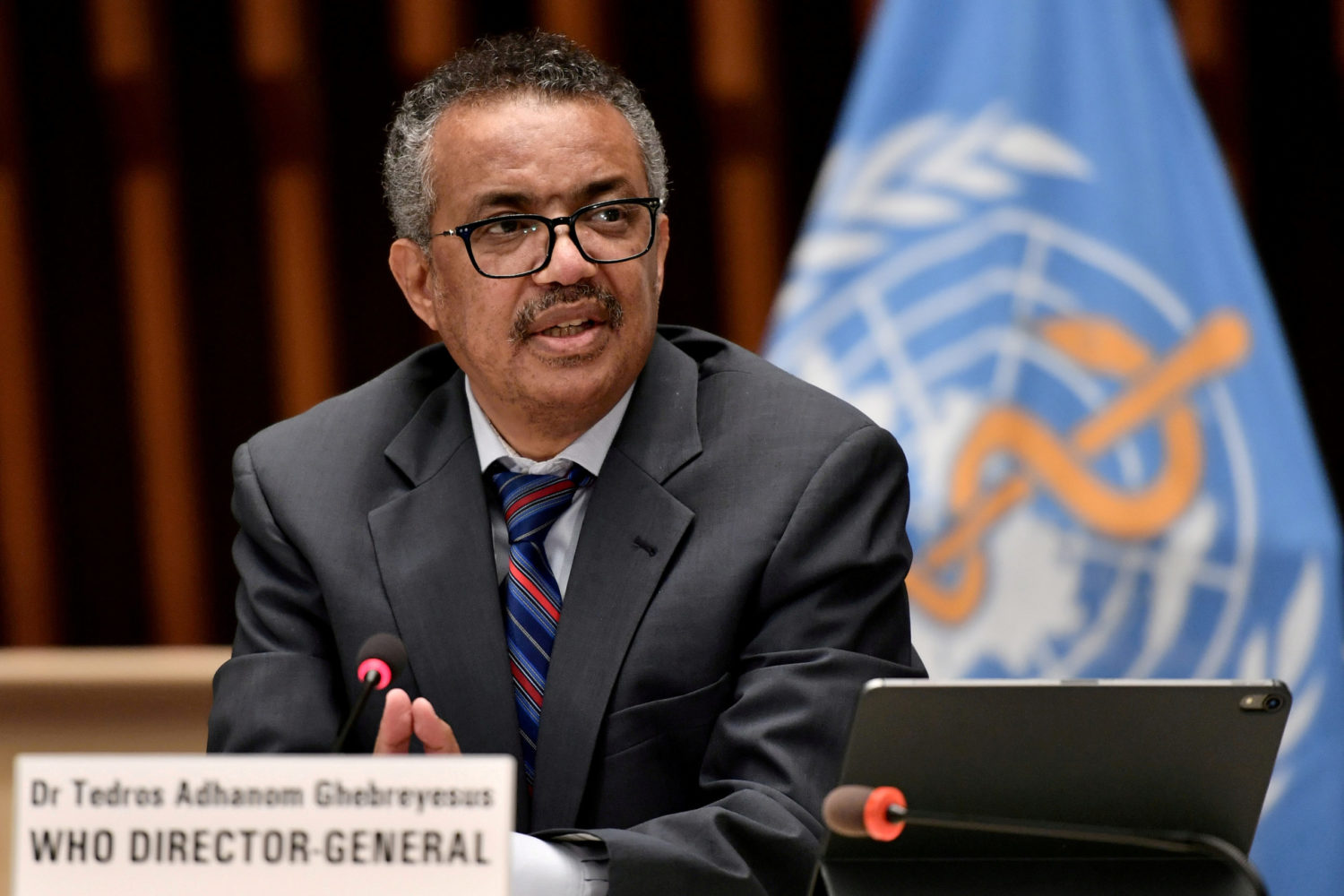 GENEVA (Reuters) – Recent progress on COVID-19 vaccines is positive but the World Health Organization is concerned this has led to a growing perception that the pandemic has come to an end, WHO Director-General Tedros Adhanom Ghebreyesus said on Friday.

Britain approved Pfizer Inc’s COVID-19 vaccine on Wednesday, raising hopes that the tide could soon turn against a virus that has killed nearly 1.5 million people globally, hammered the world economy and upended normal life for billions.

“Progress on vaccines gives us all a lift and we can now start to see the light at the end of the tunnel. However, WHO is concerned that there is a growing perception that the COVID-19 pandemic is over,” he said.

Tedros said the pandemic still had a long way to run and that decisions made by citizens and governments would determine its course in the short run and when the pandemic would ultimately end.

“We know it’s been a hard year and people are tired, but in hospitals that are running at or over capacity it’s the hardest it can possibly be,” he said.

“The truth is that at present, many places are witnessing very high transmission of the COVID-19 virus, which is putting enormous pressure on hospitals, intensive care units and health workers.”

The virus emerged in Wuhan, China, a year ago since when more than 65 million people have been reported to be infected by the novel coronavirus globally and 1.5 million have died.

Two promising vaccines could soon receive emergency use authorization from the U.S. Food and Drug Administration, and some 20 million Americans could be vaccinated this year, helping stem the tide of the virus in the world’s worst hit country.

However, the WHO’s top emergency expert Mike Ryan also cautioned on Friday against complacency in the wake of vaccine roll-out, saying that although they were a major part of the battle against COVID-19, vaccines would not on their own end the pandemic.

“Vaccines do not equal zero COVID,” he said.

Ryan said some countries would have to sustain very strong control measures for some time into the future or they would risk a “blow up” in cases, and a yo-yoing of the pandemic.