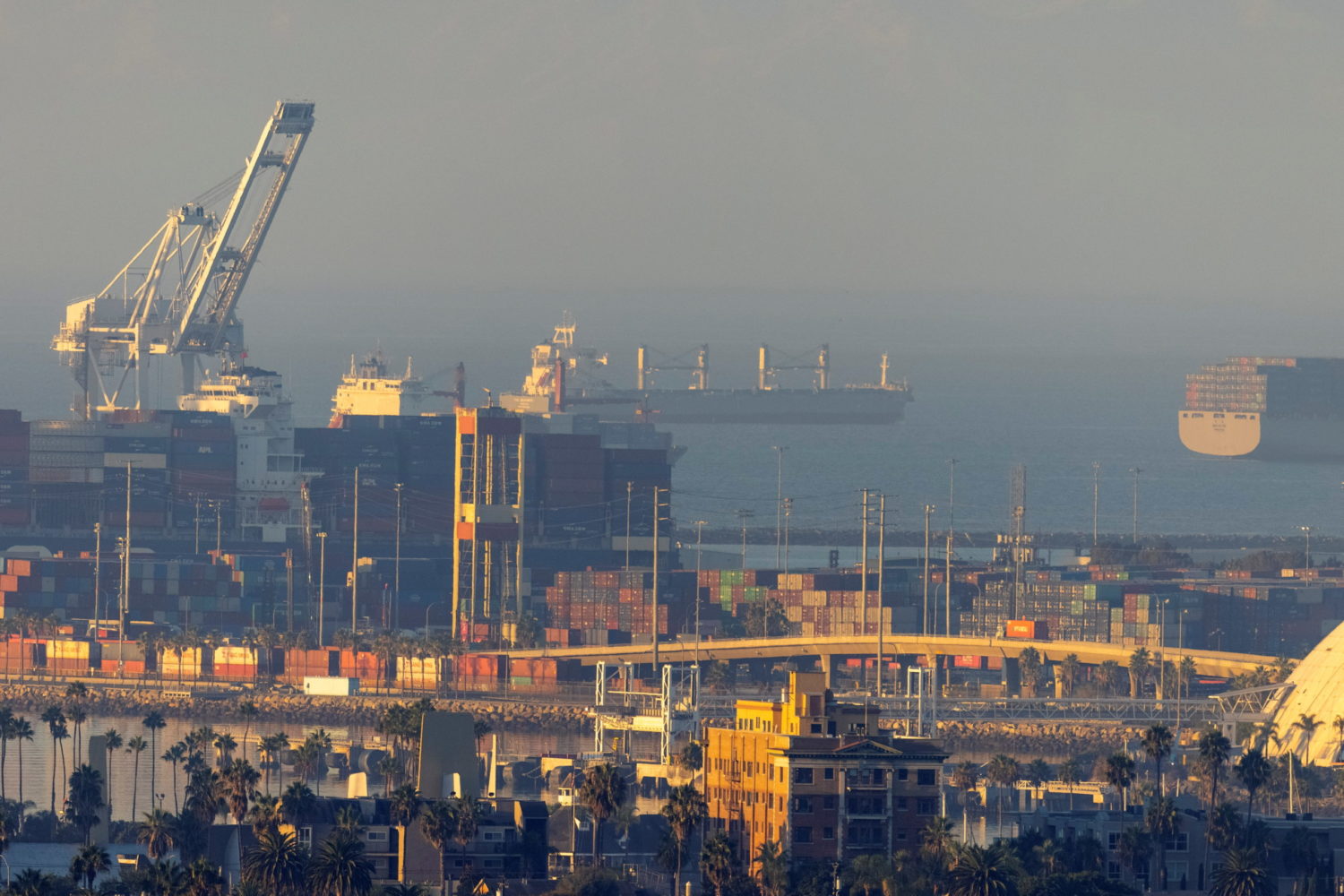 By Balazs Koranyi and Francesco Canepa

The disruptions to the global economy during the pandemic have upset supply chains across continents, leaving the world short of a plethora of goods and services from car parts and microchips to container vessels that transport goods across the seas.

“It’s … frustrating to see the bottlenecks and supply chain problems not getting better, in fact at the margin apparently getting a little bit worse,” Federal Reserve Chair Jerome Powell told a conference.

“We see that continuing into next year probably and holding inflation up longer than we had thought,” Powell told the European Central Bank’s Forum on Central Banking.

Speaking alongside Powell, ECB chief Christine Lagarde voiced similar concerns, arguing that the end of these bottlenecks, once thought by economists to be just weeks away, is uncertain.

“The supply bottlenecks and the disruption of supply chains, which we have been experiencing for a few months … seem to be continuing and in some sectors accelerating,” Lagarde said. “I’m thinking here about shipping, cargo handling and things like that.”

Global inflation has spiked in recent months on a surge in energy prices, and the production bottlenecks are pushing prices even higher, raising fears that the runup, if it lasts long enough, could seep into expectations and raise the overall profile of inflation.

Indeed, Lagarde said the ECB would be “very attentive” to these second-round effects while Bank of England Governor Andrew Bailey, another speaker at the forum, said he would keep a “very close watch” on inflation expectations.

“If this period of higher inflation, even though it ultimately is very likely to prove temporary, if it lasts long enough, will it start affecting, changing the way people think about inflation? We monitor this very carefully,” Powell added.

The problem is that central banks, the main authority for controlling prices, have no influence over short-term supply disruptions, so they are likely to be bystanders, waiting for economic anomalies to self-correct without lasting damage.

Still, even as policymakers called for heightened attention to inflation, all maintained their long standing view that the spike in inflation would be temporary and price rises would moderate next year, moving back to or below central bank targets.

Concerns about “sticky” inflation have fueled a debate about the need to unwind crisis-era stimulus measures, and comments from Wednesday’s panel reinforced expectations for the world’s biggest central banks to move on vastly different schedules, staying out of sync for years to come.

The Fed, the BoE and the Bank of Canada have openly discussed policy tightening while central banks in such countries as South Korea, Norway and Hungary have already raised interest rates, beginning a long road to policy normalization.

The ECB and the Bank of Japan are meanwhile likely to be the last movers, exercising extreme caution after undershooting their inflation targets for years.

The ECB even refuses to discuss tapering and already signaled its tolerance for overshooting its inflation target as it would rather move too late than too early.

This sort of patience was only reinforced by Lagarde and Bank of Japan Governor Haruhiko Kuroda, even as both provided a relatively upbeat outlook on growth, arguing that their economies could be back at their pre pandemic levels in the coming months. 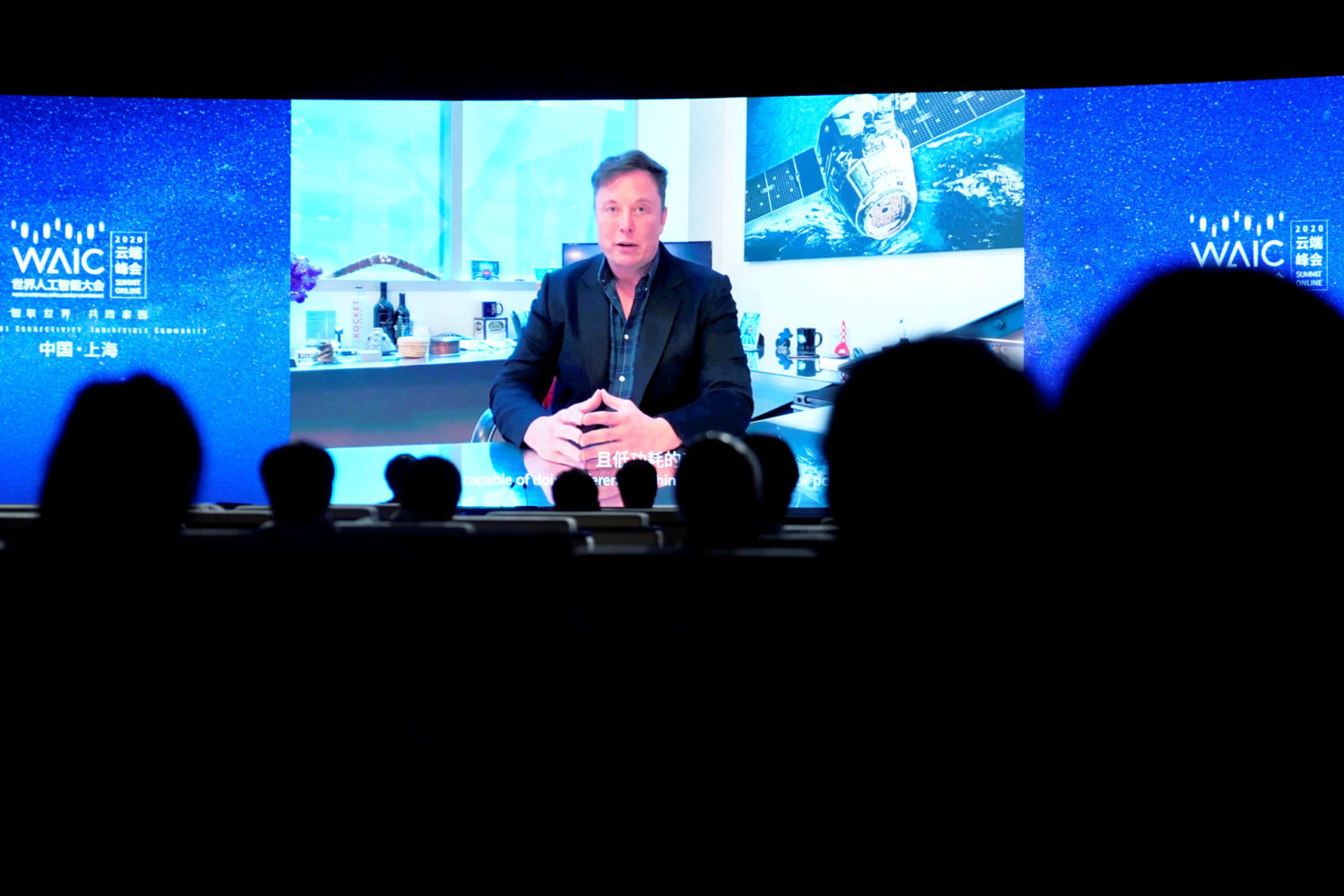 Co-founded by Musk in 2016, Neuralink aims to implant wireless brain-computer interfaces that include thousands of electrodes in the most complex human organ to help cure neurological conditions like Alzheimer’s, dementia and spinal cord injuries and ultimately fuse humanity with artificial intelligence.

The company said it will provide an update on its work during a live webcast late on Friday afternoon, with Musk tweeting that the presentation will include a “working Neuralink device.”

Musk, who frequently warns about the risks of artificial intelligence, is no stranger to revolutionizing industries as chief executive of electric vehicle company Tesla Inc and aerospace manufacturer SpaceX.

During a Neuralink presentation in July 2019, Musk said the company was aiming to receive regulatory approval to implant its device in human trials by the end of this year.

“This has a very good purpose, which is to cure important diseases — and ultimately to secure humanity’s future as a civilization relative to AI,” Musk said at the time.

The company promises to implant a sensor roughly eight millimeters in diameter, or smaller than a fingertip, potentially under only local anesthesia. With the help of a sophisticated robot, flexible threads or wires smaller than a human hair are implanted in brain areas responsible for motor and sensory functions.

Neuroscience experts said that while Neuralink’s mission to read and stimulate brain activity in humans is feasible, the company’s timeline appeared overly ambitious.

“Everyone in the field would be very impressed if they actually showed data from a device implanted in a human,” said Graeme Moffat, a neuroscience research fellow at the University of Toronto.

Small devices that electronically stimulate nerves and brain areas to treat hearing loss and Parkinson’s disease have been implanted in humans for decades.

Neuroscientists have also conducted brain implant trials with a small number of people who have lost control of bodily functions due to spiral cord injuries or neurological conditions like strokes. Humans in those trials could control robotic limbs or small objects, like a computer keyboard or mouse cursor, but have yet to complete more sophisticated tasks.

Brain-machine interface science has had a surge in investment and business activity over the past five years, largely thanks to advancements in material, wireless and signaling technology.

But scientists still face a range of issues, including preventing tissue scarring around the implant, the quality of measurements and the development of machine-learning algorithms to interpret brain signals, said Amy Orsborn, an assistant professor at the University of Washington who researches neural interfaces.

“I don’t think we know what the magic bullet is, we only know the problem,” Orsborn told Reuters.