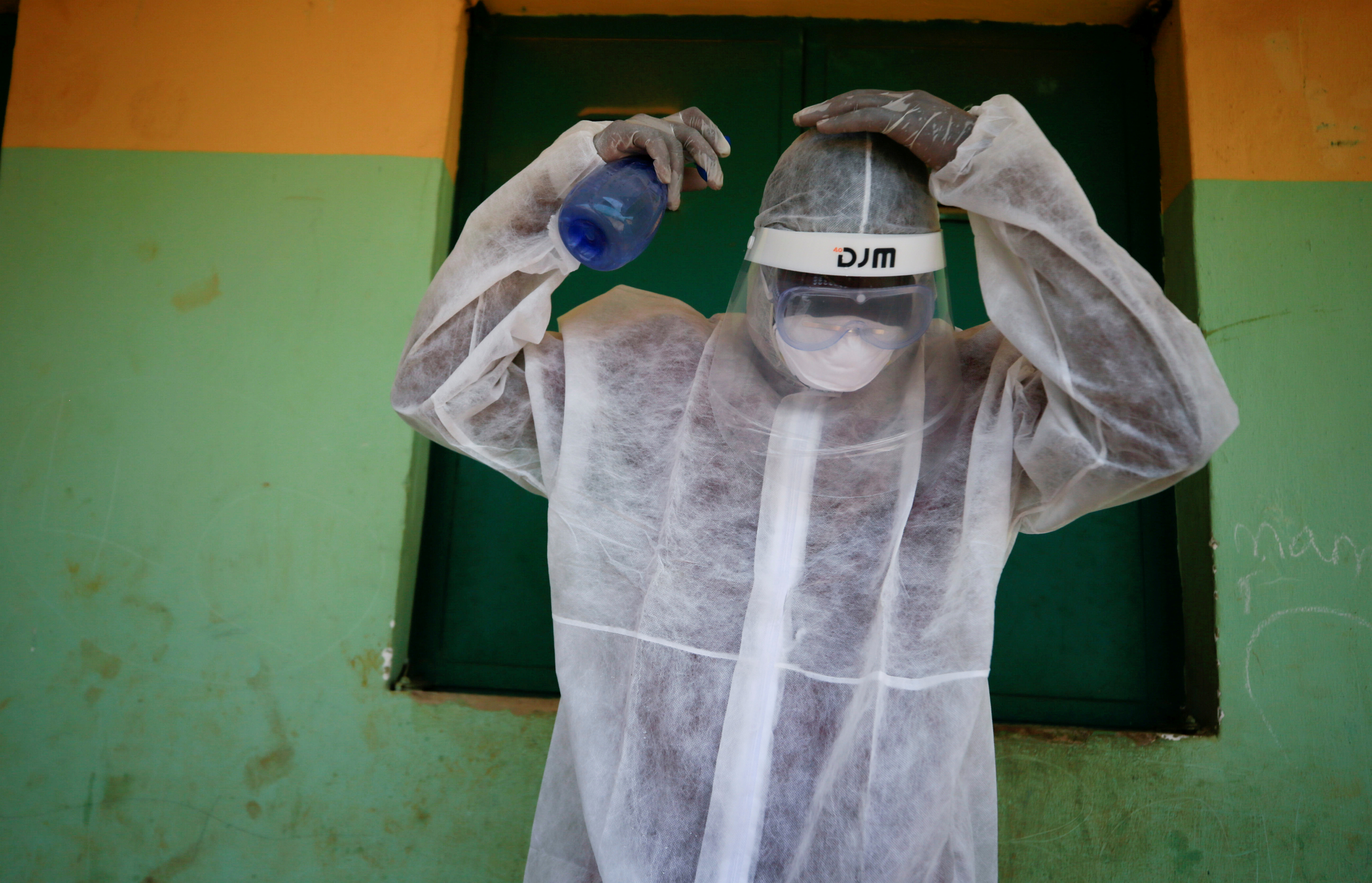 JOHANNESBURG (Reuters) – The COVID-19 pandemic will likely kill at least 300,000 Africans and risks pushing 29 million into extreme poverty, the U.N. Economic Commission for Africa (UNECA) said on Friday, calling for a $100 billion safety net for the continent.

Africa’s 54 countries have so far reported fewer than 20,000 confirmed cases of the disease, just a fraction of the more than two million cases reported globally. But the World Health Organization warned on Thursday that Africa could see as many as 10 million cases in three to six months.

“To protect and build towards our shared prosperity at least $100 billion is needed to immediately resource a health and social safety net response,” the UNECA report stated.

UNECA is also backing a call by African finance ministers for an additional $100 billion in stimulus, which would include a halt to all external debt service.

The agency modelled four scenarios based on the level of preventive measures introduced by African governments.

In the total absence of such interventions, the study calculated over 1.2 billion Africans would be infected and 3.3 million would die this year. Africa has a total population of around 1.3 billion.

Most of Africa, however, has already mandated social distancing measures, ranging from curfews and travel guidelines in some countries to full lockdowns in others.

Yet even its best-case scenario, where governments introduce intense social distancing once a threshold of 0.2 deaths per 100,000 people per week is reached, Africa would see 122.8 million infections, 2.3 million hospitalisations and 300,000 deaths.

Africa’s young demographic – nearly 60% of the population is below the age of 25 – should help stave off the disease. On the other hand, 56 per cent of the urban population is concentrated in overcrowded slums and many people are also vulnerable due to HIV/AIDS, tuberculosis and malnutrition.

Africa imports 94% of its pharmaceuticals, the report said, noting that at least 71 countries have banned or limited exports of certain supplies deemed essential to fight the disease.

“In a best-case scenario … $44 billion would be required for testing, personal protective equipment, and to treat all those requiring hospitalisation,” it stated.

However, that is money Africa does not have as the crisis could also shrink the continent’s economy by up to 2.6%.

“We estimate that between 5 million and 29 million people will be pushed below the extreme poverty line of $1.90 per day owing to the impact of COVID-19,” the report said.

Nigeria alone will lose between $14 billion and $19.2 billion in revenues from oil exports this year. And the prices of other African commodities exports have plummeted as well.

Lockdowns in Europe and the United States also imperil Africa’s $15 billion in annual textile and apparel exports as well as tourism, which accounts for 8.5% of Africa’s GDP. 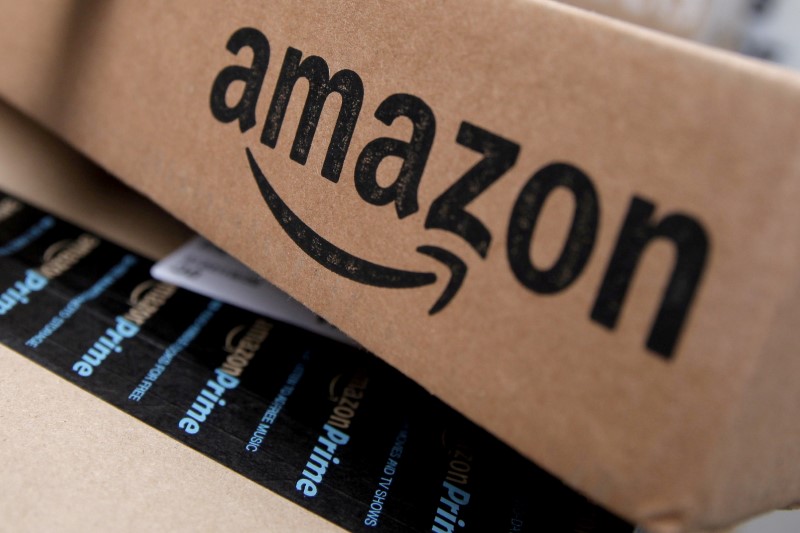 Factbox: Coronavirus cases reported at 13 of Amazon’s U.S. warehouses
(Reuters) – Amazon.com Inc is at the front line of responding to outbreaks of the novel coronavirus in the United States, delivering essential goods while about half the population faces government stay-at-home orders.

However, news reports that a handful out of Amazon’s hundreds of thousands of U.S. warehouse workers have contracted the virus raise the potential of future site closures and operational disruptions at the world’s largest online retailer.

The following is a list of 13 company warehouses across the United States where one or more instances of COVID-19 have been reported. Amazon, which did not respond to Reuters requests that it confirm all the cases, said in a statement that it has taken preventive action and that workers’ health and safety is its top priority.

According to logistics consultancy MWPVL International Inc, Amazon has 519 facilities in its U.S. distribution infrastructure — including fulfillment centers, delivery stations and warehouses.

QUEENS, NEW YORK – On March 19, Amazon said it was temporarily closing delivery station DBK1 after an associate there tested positive for the virus. It was the first known case at an Amazon warehouse in the United States.

SHEPHERDSVILLE, KENTUCKY – Amazon said it shut a warehouse until April 1 at the direction of the state’s governor. Several workers at the site, known as SDF9, had contracted COVID-19. The facility handles apparel and footwear, according to MWPVL.

OKLAHOMA CITY, OKLAHOMA – A worker at Amazon’s OKC1 fulfillment center said until he had tested positive, he needed to keep working to pay his bills. “I hope I didn’t spread it,” he told local television station News 4.

BROWNSTOWN, ROMULUS and SHELBY CHARTER TOWNSHIP, MICHIGAN – Three facilities near Detroit have had cases of the virus, including an Amazon sortation center and two Amazon fulfillment centers , the company said in local media reports.

WALLINGFORD, CONNECTICUT – Amazon told local broadcaster WTNH last week  that it was supporting a now-quarantined individual at its facility here who had the coronavirus. The site has stayed open, the report said.

JOILET, ILLINOIS – A worker, who was last at a fulfillment center in this city southwest of Chicago on March 18 and now is in quarantine, caught the virus, Amazon said to the Herald-News.

KATY, TEXAS – Amazon told local news  that a management team member at a delivery station outside Houston had tested positive for the disease.

JACKSONVILLE, FLORIDA – A fulfillment center employee tested positive for the virus, Amazon told local news , which quoted an anonymous worker as saying the person was “upset, angry, scared — basically in fear for my safety, in my own immediate (family’s) safety.”

MORENO VALLEY, CALIFORNIA – Amazon notified employees at its “ONT8” fulfillment center that a worker had contracted COVID-19. Last at the facility on March 18, the person has since received medical care and has gone into quarantine, the Desert Sun reported.  The warehouse is continuing operations, the report said.

STATEN ISLAND, NEW YORK – CNN has reported  that a worker at a fulfillment center in New York City’s least-populated borough had the virus.

EDISON, NEW JERSEY – Local news reported  that an employee at the facility southwest of New York had tested positive for the virus.