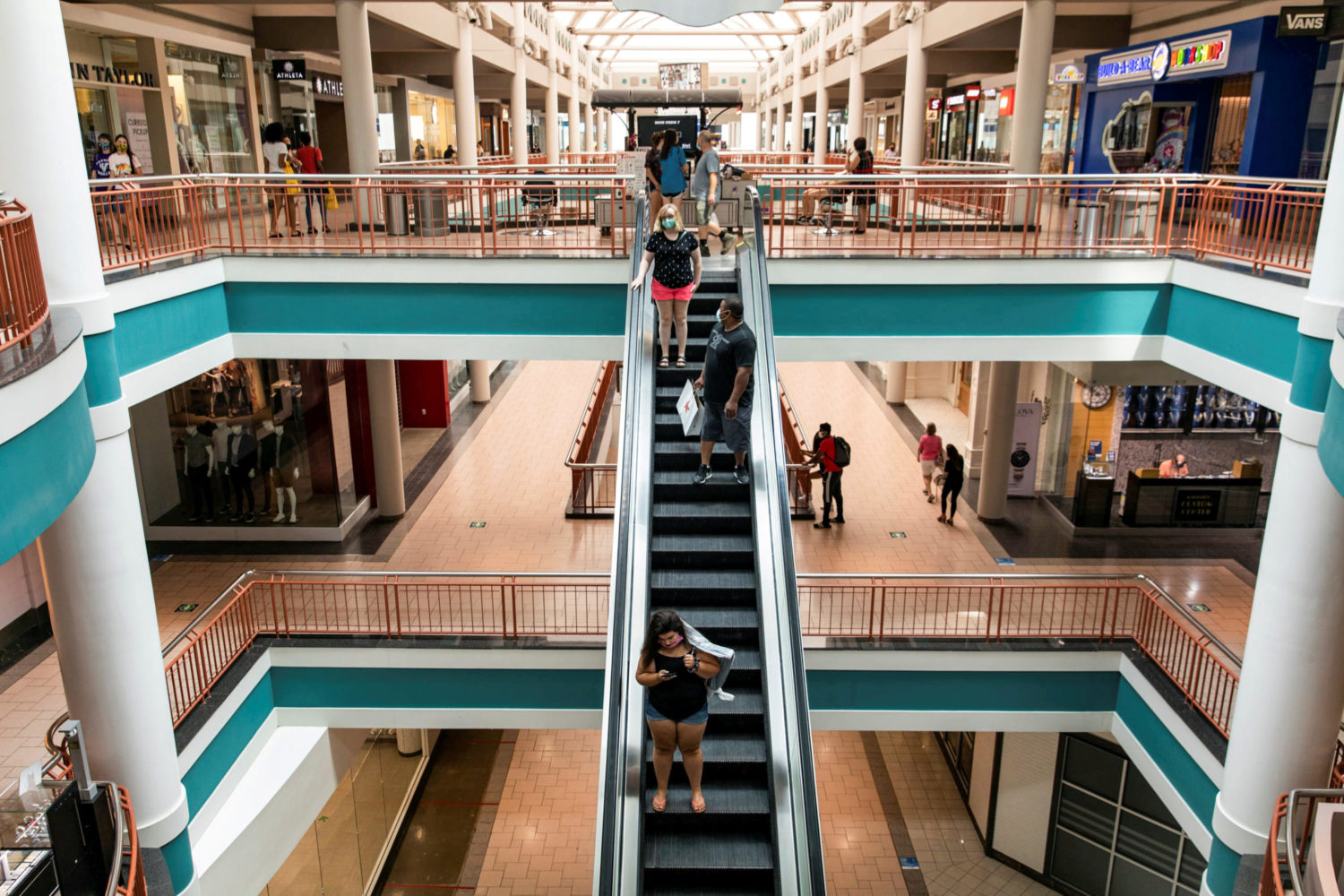 Welcome to America’s pandemic consumer economy. And it’s like nothing we’ve seen before.

“Everything we knew about supply and demand, we can essentially throw out the window because consumer behavior has changed completely,” said Piotr Dworczak, assistant professor of economics at Northwestern University.

A Reuters analysis of a varied basket of goods shows how the COVID-19 crisis has upturned a decades-old consumer model for everything from clothing to food. This has given some companies surprising power to raise prices or withdraw discounts.

Many of the new trends can be attributed to one factor, according to retail specialists: working from home.

Americans are now shelling out significantly more than a year before for coffee, eggs, sliced ham, ketchup and cheese, for example, according to the Reuters analysis of the latest pricing data from Nielsen Co, the Brewers Association and StyleSage Co.

Yet it’s a complex picture, and some of the changes in behavior seem counter-intuitive during a time of deep economic uncertainty.

Economists put this apparent discrepancy in behavior down to the fact that many people, unable to spend outside, have more cash in hand. Even many workers on furlough are receiving jobless benefits that match their wages under a federal stimulus plan.

“If I were to consider the consumer situation right now, in a strange way, they may have more disposable income, if they kept their job,” said Nirupama Rao, an assistant professor of business economics and public policy at the University of Michigan. “Of course we’re facing mass layoffs, but the bulk of people have maintained their wages and earnings.”

Shoppers paid roughly 8% more on average for JM Smucker’s instant coffees, including Folger’s and Dunkin’, at bricks-and-mortar stores in the four weeks to Aug. 8 versus a year before, according to Nielsen data analyzed by Bernstein.

They shelled out nearly 10% more for Kraft Heinz sauces and about 5% extra for Tyson Foods’ sliced hams.

Such inflation might make commercial sense, given the bump in demand for home staples. But some consumer experts complain retailers and big brands are cutting back on promotions and using their power to shore up profits during a health crisis that has led to millions losing their livelihoods.

“Brand manufacturers have been fattening their pockets with profits while putting unprecedented pressure on the consumer who has to pay those higher prices,” said Burt Flickinger, retail consultant at Strategic Resource Group.

JM Smucker said it did not raise prices of its instant coffees in the four weeks to Aug. 8, but did cut back on some promotions for in-demand products. Kraft Heinz declined to comment, but said during earnings in July that second-quarter prices went up as it pulled some offers and discounts for scarce products. Tyson did not respond to a request for comment.

Other industry experts point out that companies have had to grapple with costly production shifts to adapt to the new landscape. They note that before the pandemic, when costs were lower and there were more promotions and discounts, prices of Heinz sauces were declining.

Pre-COVID-19, tens of millions of commuters grabbed a coffee to-go en route to work. Suddenly, instead of 20-pound (9.1 kg) bags of coffee for restaurants, or large containers of ketchup, producers have had to switch to smaller, home-use packaging.

As ketchup, mayonnaise and vinegar sales surged, Kraft Heinz diverted resources to running these production lines around the clock, while suspending others. It added extra shifts for factory workers to make grocery-sized bottles.

Egg suppliers, like market leader Cal-Maine Foods Inc., have had to overcome a shortage of cartons.

“If you look at eggs, before they’d be powdered to send to restaurants and now they have to be put in cardboard containers to go to supermarkets,” said Daniel Bachman, senior U.S. economist at Deloitte. “It took a high price to induce the change.”

Yet consumer companies cannot take demand for granted and can be burnt by raising prices.

Prices for bottled water and disposable diapers have gone up, while demand has fallen for most of the pandemic. People are unwilling to pay out extra when they can drink their own water at home, and can opt for reusable or cheaper generic diapers at a time when there’s a lack of child daycare, some economists say.

“You’re at home anyway so you’re not sending your child off somewhere in a diaper that fails,” said Rao.

Lockdowns have meant many Americans do not travel, eat out, or go to movie theaters. As they have not been commuting or taking kids to school, many are using less gas in their cars.

So they can now splash out on other things, perhaps.

Michael Collins, a professor at the University of Wisconsin’s consumer science department, calls this a “substitution effect.”

“It’s pretty clear people behave as if they have different pots of money,” he said. “Now I don’t eat out at all, so I have a couple of hundred dollars of new income not allocated to anything. I can substitute that money away from eating out and treat myself to other things.”

This effect could help explain the rise in demand and prices for the Air Max. Nike sold about 63% of their online stocks of the shoes in July, compared with only 10% a year earlier, according to apparel data company StyleSage which collects sales information from brand websites.

Air Max prices surged 10.5% on average versus a year before.

Prices for Lululemon’s yoga pants rose 7.2%, and about 45% of stocks were sold in July versus 15% the year before.

Meanwhile, the price of Louis Vuitton’s Neverfull MM Monogram handbag has risen 5% on its website since the start of May. In July, Louis Vuitton owner LVMH said sales momentum had picked up since June, even as its star label raised prices for a third time during the pandemic.

There are some limits, though.

Demand for a Burberry woman’s trench coat has declined, with only 3% of online stocks sold in July versus 14% a year earlier.

Nike and Burberry did not respond to requests for comment, while LVMH declined to comment beyond its July remarks. Lululemon said it hadn’t raised prices on some of its core yoga pant styles, including Align and Wunder Under, but had seen a significant rise in demand for yoga products since April. The strong July sales reflected its “Warehouse Sale” offer that month, it added.

HOW LONG WILL IT LAST?

The U.S. epidemic and its economic consequences are moving targets, and it is unclear when – or even if – American life and consumer behavior will revert to “normal”.

The University of Michigan’s Rao said food producers had been reluctant to invest in permanent changes to retool factories. “They’re hindered by the fact there’s so much uncertainty as to how long this will last.”

Indeed, consumer demand, as well as brands’ pricing power, could change in the coming weeks and months as many Americans feel more financial pain.

The government’s first round of COVID-19-related benefits expired on July 31, leaving about 30 million unemployed Americans without the $600 weekly boost that sustained their households and promoted some discretionary spending.

With the money spigot turned off, analysts say recessionary spending behavior should take hold, with consumers cutting back.

The University of Wisconsin’s Collins said loan forbearance on mortgages, credit cards and student loans since the spring had also helped consumers.

“Eventually that will all end, and people could start to tighten up again.”