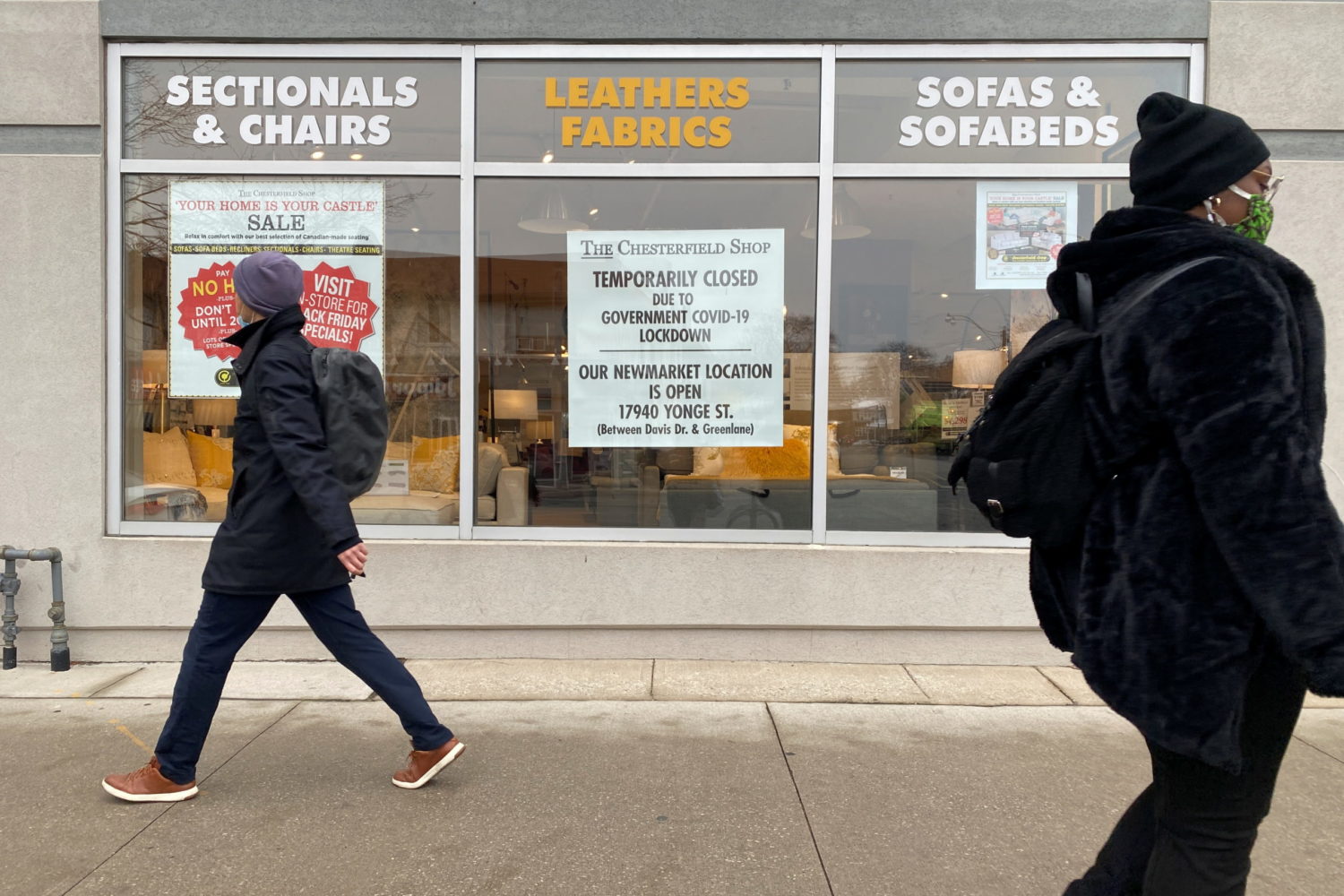 By Moira Warburton and David Ljunggren

TORONTO/OTTAWA (Reuters) – Ontario declared an emergency on Tuesday after latest modelling put Canada’s most populous province on track to have more than 20,000 new COVID-19 cases per day by the middle of February, a nearly ten-fold increase from the current count.

Ontario, which is battling a coronavirus surge that has swamped its hospitals and triggered a province-wide lockdown, could also see roughly 1,500 more deaths in its long-term care homes through mid-February under a worst-case scenario, according to modeling from experts advising the government.

New restrictions that take effect on Jan. 14 mandate that residents must stay at home except for essential activity, while outdoor gatherings will be limited to five people, and non-essential construction work will be restricted.

“I know the stay at home order is a drastic measure, one we don’t take lightly. Everyone must stay home to stay lives,” said Ontario Premier Doug Ford at a media briefing. “Enforcement and inspections will increase.”

The federal government ordered an additional 20 million doses of the coronavirus vaccine from Pfizer Inc and BioNTech, Prime Minister Justin Trudeau told reporters on Tuesday. That would take the total number of doses to be delivered this year in Canada to 80 million.

Ontario, the country’s economic engine, has been under lockdown since Dec. 26, with non-essential businesses shuttered and schools closed for in-person learning.

Yet the daily number of COVID-19 cases has spiked above 3,500 on average over the past seven days, government data showed. On Tuesday, Ontario reported 2,903 new COVID-19 cases.

In five of the hardest hit areas of Ontario – including the Toronto area, nearby Hamilton, and Windsor-Essex across the border from Detroit – schools will remain closed until at least Feb. 10. Childcare for children who are too young for school will remain open, along with emergency childcare for some school-age children.

“We will have to confront choices that no doctor ever wants to make and no family ever wants to hear,” Dr. Steini Brown, head of Ontario’s case modeling, said at a briefing on Tuesday. “People will die from the virus itself and from the overloaded health system that is unable to respond to their needs.”

Brown warned that the new COVID-19 variant from Britain was already in Ontario and could decrease the doubling time of cases – or how long it takes for case counts to double, currently 30 to 40 days – to 10 days.

Last week Quebec, Canada’s worst-affected province from COVID-19, became the first in the country to introduce a curfew to limit the spread. 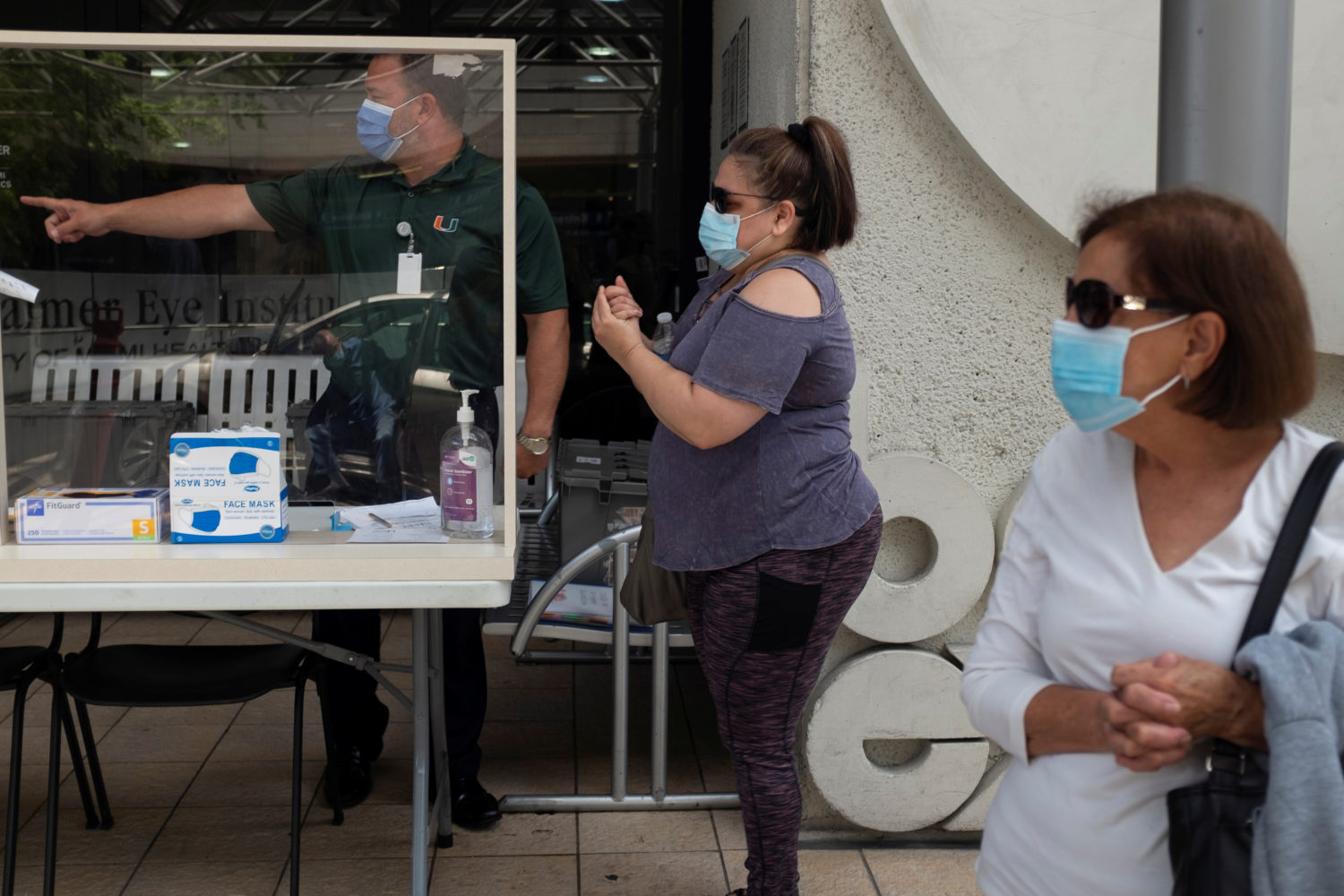 (Reuters) – The United States saw a 25% increase in new cases of COVID-19 in the week ended June 21 compared to the previous seven days, with Arizona, Florida and Texas experiencing record surges in new infections, a Reuters analysis found.

Twenty-five U.S. states reported more new cases last week than the previous week, including 10 states that saw weekly new infections rise more than 50%, and 12 states that posted new records, according to the analysis of data from The COVID Tracking Project, a volunteer-run effort to track the outbreak.

Texas reported one of the largest rises in new cases at 24,000 for the week ended June 21, an increase of 84% from the previous week. The number of COVID-19 tests that came back positive in the state rose to 10%, from 7%.

Arizona reported 17,000 new cases, a 90% increase, with 20% of tests coming back positive, according to the analysis.

(GRAPHIC-Where coronavirus cases are rising in the United States)

The governors of all three states have attributed the increases in new cases to more testing, and to younger residents not following social distancing guidelines. Some health experts have criticized these states for reopening too quickly without adequate restrictions, for instance not making it mandatory to wear masks in public.

The Centers for Disease Control and Prevention (CDC) has recommended states wait for new COVID-19 cases to fall for 14 days before easing social distancing restrictions.

Thirteen states and the District of Columbia are in compliance with that guideline, the analysis showed, down from 17 states the prior week. New York leads with 10 straight weeks of declines, followed by Rhode Island, Illinois and Washington, D.C.

Nationally, the number of new COVID-19 cases had been falling on a weekly basis through May. Last week’s 25% jump came after a 1% rise in the second week of June and a 3% increase in the first week of June.

Graphic – Tracking the novel coronavirus in the U.S.: 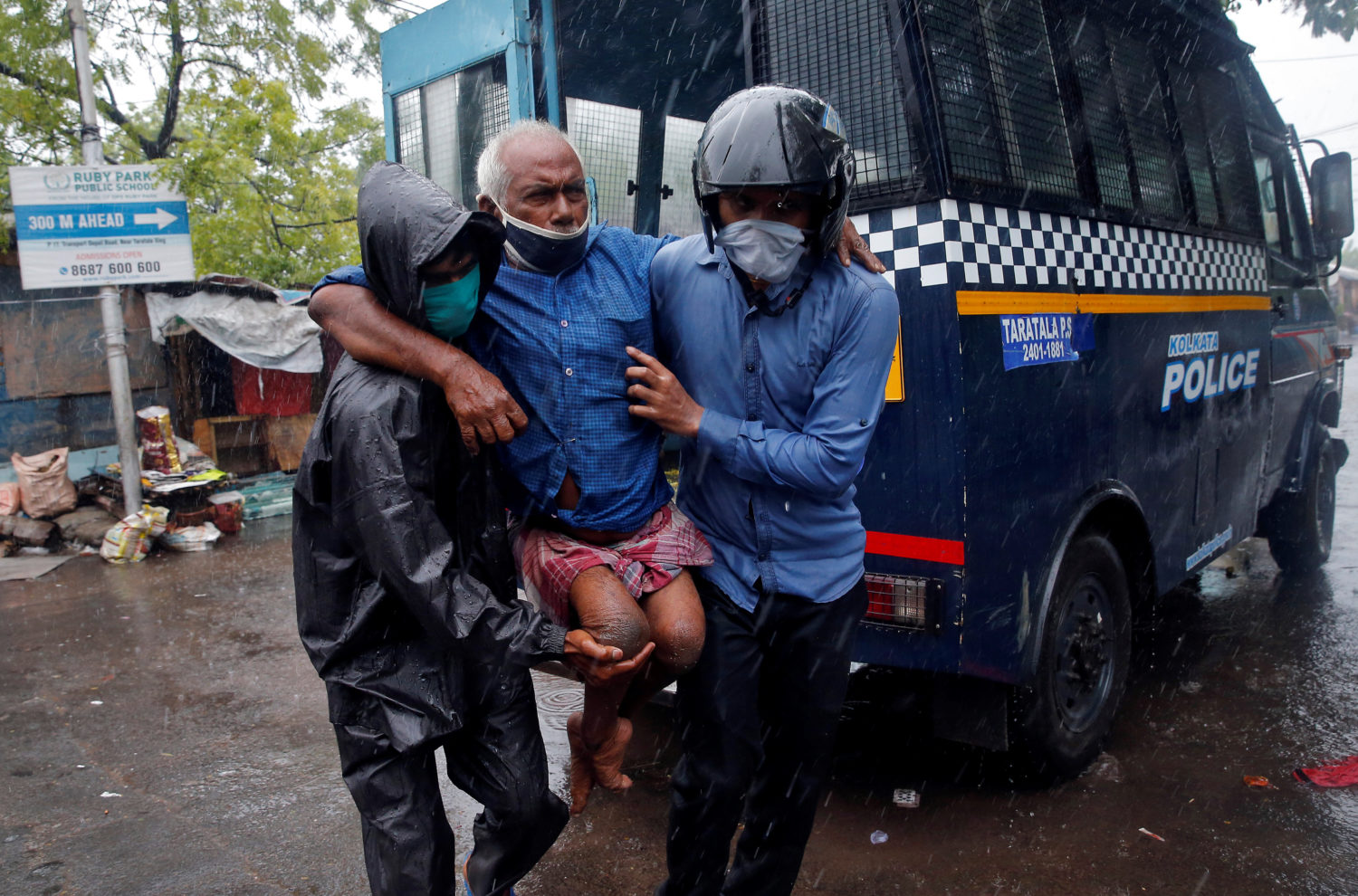 KOLKATA/DHAKA (Reuters) – A powerful cyclone tore into eastern India and Bangladesh on Wednesday, destroying mud houses and embankments and whipping up a storm surge along the coast, officials said, after millions of people were moved out of its path.

At least one 70-year-old man was killed by a falling tree in Bangladesh’s coastal Bhola district, a police official said. The low-lying country has evacuated 2.4 million people to shelters.

Another 650,000 people have been moved to safety in the eastern Indian states of Odisha and West Bengal, authorities said, an operation carried out amid surging coronavirus infections.

It was too early to estimate a toll on life or damage to property.

Mohapatra said that the storm surge could rise to around five meters in the Sundarbans delta, home to around four million people and thick mangrove forests that are a critical tiger habitat.

“Our estimate is that some areas 10-15 kilometers from the coast could be inundated,” Mohapatra said.

A home ministry official said authorities in West Bengal and neighboring Odisha had struggled to house thousands of evacuees as shelters were being used as coronavirus quarantine centers.

Extra shelters were being prepared in markets and government buildings with allowances made for social distancing, while masks were being distributed to villagers.

Police in West Bengal said some people were unwilling to go to the shelters because they were afraid of being infected by the coronavirus and many were refusing to leave their livestock.

“We have literally had to force people out of their homes, make them wear masks and put them in government buildings,” said a senior police official in Kolkata.

In Bangladesh, standing crops could be damaged and large tracts of fertile land washed away, officials said. Farmers were being helped to move produce and hundreds of thousands of animals to higher ground.

“Fortunately, the harvesting of the rice crop has almost been completed. Still it could leave a trail of destruction,” Mizanur Rahman Khan, a senior official in the Bangladesh agriculture ministry, said.

Bangladeshi officials also said they had moved hundreds of Rohingya refugees from Myanmar, living on a flood-prone island in the Bay of Bengal, to shelter.