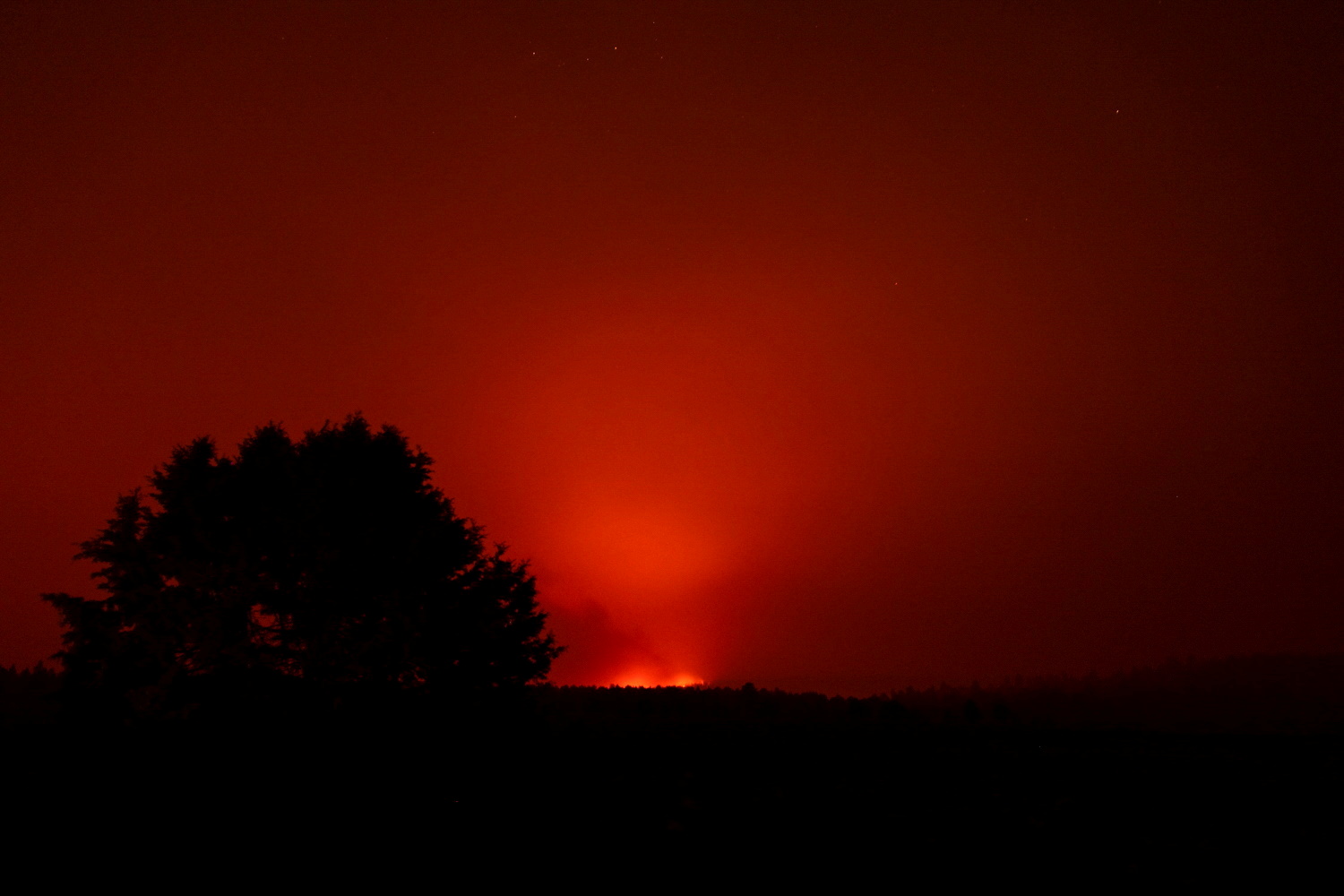 (Reuters) – The first COVID-19 outbreak among firefighters battling the enormous Bootleg fire in Oregon has put nine of them in quarantine as weather forecasters on Friday warned that relentlessly dry weather will persist over the weekend.

With the 400,389-acre blaze 40% contained, nine firefighters out of a 2,389-person force tested positive for coronavirus and were placed in quarantine with mild symptoms, said Stefan Myers, fire information spokesman for the Bootleg fire.

“We expect them all to make a full recovery,” Myers told Reuters.

Safety measures to stop virus spread, including social distancing at all four fire camps, appeared to be working for the most part.

“We are really heartened by the fact that there weren’t more firefighters exposed. They have to perform on a daily basis and that does lead to the possibility for exposure,” Myers said.

Citing privacy laws, he declined to comment on the age, gender and vaccination status of the nine people who are “quarantining away from the main body of the fire camp as to make sure they are isolated but also recovering.”

The so-called Bootleg fire, which was first reported July 6 in the Fremont-Winema National Forest some 250 miles south of Portland, was ignited by lightning but smoldered for days before it was detected.

Air quality amid the smoky blaze on Friday appeared to improve over all but two of 11 fire stations, authorities said. However, dry weather was expected to persist through the weekend, ramping up risk.

“There is really no relief in sight,” said Bob Oravec, lead forecaster with the National Weather Service in College Park, Maryland. “The fire weather will continue.”

On Friday, the fire remained most active on the northern and eastern portions, authorities said.

“The fire continues to throw challenges at us, and we are going to continue to stay vigilant, work hard and adapt,” Joe Hessel, incident commander for the Oregon Department of Forestry Incident Management Team said in a statement.

BUDAPEST (Reuters) – Hungarian journalists accused the government on Wednesday of putting lives at risk by barring the media from covering the full extent of what is now the world’s deadliest COVID-19 outbreak.

In an open letter published by most of the country’s independent news outlets, reporters said they had been blocked from hospitals and barred from speaking to medics, making it impossible to alert the public to the crisis.

Hungary, with 10 million people, reported 302 deaths on Tuesday, its highest since the start of the pandemic, and now has the highest weekly toll per capita in the world. Doctors speaking on condition of anonymity have told Reuters that hospitals are being overrun.

Hungary’s nationalist government denies there is a capacity crisis, and state-run media have depicted the situation in hospitals as under control. The government says it aims to reopen the economy by bringing in vaccines, including shots from Russia and China yet to be approved by the EU.

“Doctors and nurses are not free to talk to the public, while journalists are not allowed in hospitals, so we cannot assess what happens there,” read the letter published in 28 independent newspapers, websites and other outlets.

The Council of Europe said on Tuesday that Hungarian media workers faced increasing problems covering the pandemic. The government dismissed those remarks as “based on presumptions and allegations”.

Government spokesman Zoltan Kovacs said there would be no laxer rules, and accused “left-wing portals” of spreading “fake news” to embarrass the country’s health care system.

“We must use hospitals to heal, not shoot footage,” Kovacs wrote on Facebook on Wednesday. “Hungarian doctors and nurses perform exceptionally. Let them work!”

Activists and international bodies have accused Prime Minister Viktor Orban’s government of cracking down on free media since it took power in 2010. The government denies interfering with what it calls a free press.

Doctors have also raised the alarm that news coverage which fails to show the extent of the crisis could make it worse.

“I warn all political forces and their media that one-sided information, censorship delays recognizing the faults of health care, which could cost lives,” Janos Szijjarto, chairman of the doctors’ association from Gyor, Western Hungary, wrote on Facebook earlier this month. 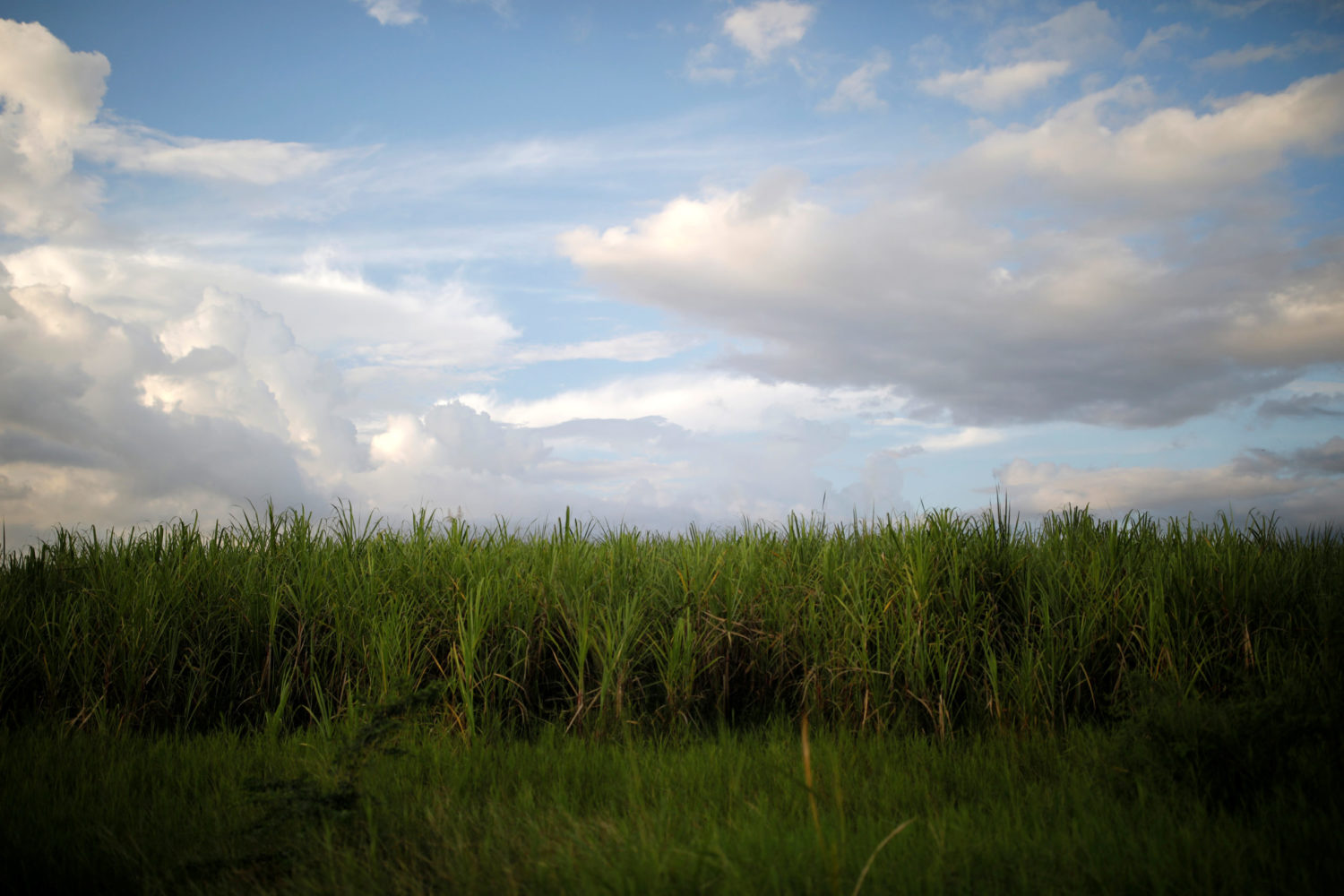 HAVANA (Reuters) – Hopes in Cuba that sugar exports would soften an economic slowdown and plug an exchangeable currency gap appear in vain, with state media reports of output at least 200,000 metric tons short of forecasts for the end of February.

While no longer a top export and behind other foreign revenue earners such as medical services, tourism, remittances and nickel, sugar still brings Cuba hundreds of millions of dollars a year from exports, including derivatives, while also producing energy, alcohol and animal feed at home.

Like other industries, agriculture and cane cultivation face structural problems in the Communist-run import dependent command economy, which the government is only just addressing.

In the last six months it has adopted monetary and other market-oriented reforms, but these will take time to kick in.

Julio Andres Garcia, president of the Caribbean island nation’s sugar monopoly AZCUBA, said in December that the state-owned industry would produce 1.2 million metric tons of raw sugar in 2021, similar to the previous year.

Cuba’s output has averaged around 1.4 million metric tons of raw sugar over the last five years, compared with an industry high of 8 million tons in 1989.

The harvest runs from November into May with peak yields from January through mid-April.

Reuters estimates based on available data and local sources that this year’s harvest will come in under one million metric tons of raw sugar for the first time since 1908, and perhaps as low as 900,000 tons, a 25% decline.

All 13 sugar-producing provinces were behind schedule as March began, and the five largest producers Ciego de Avila, Camaguey, Villa Clara, Holguin and Las Tunas provinces by between 25,000 and 50,000 metric tons of raw sugar each.

The harvest has been plagued by a dearth of fuel and spare parts for mills and machinery, cane shortages and low yields and a COVID-19 outbreak in at least one of 38 active mills.

Tough U.S. sanctions and the pandemic, which have gutted tourism, have cut into Cuban foreign exchange earnings causing scarcity, job losses and an 11% economic contraction in 2020.

So far this year appears no better, with the pandemic keeping visitors away, no change in U.S. policy and the scarcity of foreign currency leading to shortages of fuel, agricultural inputs and a general scarcity of even basic consumer goods.

The government reported that foreign exchange earnings were just 55% of planned last year, in part because the harvest came in 300,000 metric tons short, while imports fell between 30% and 40%. It did not provide further details.

“There is no reason to believe the shortfall will be made up and every reason to believe it could become worse,” a Cuban sugar expert said, requesting anonymity due to restrictions on talking to foreign journalists.