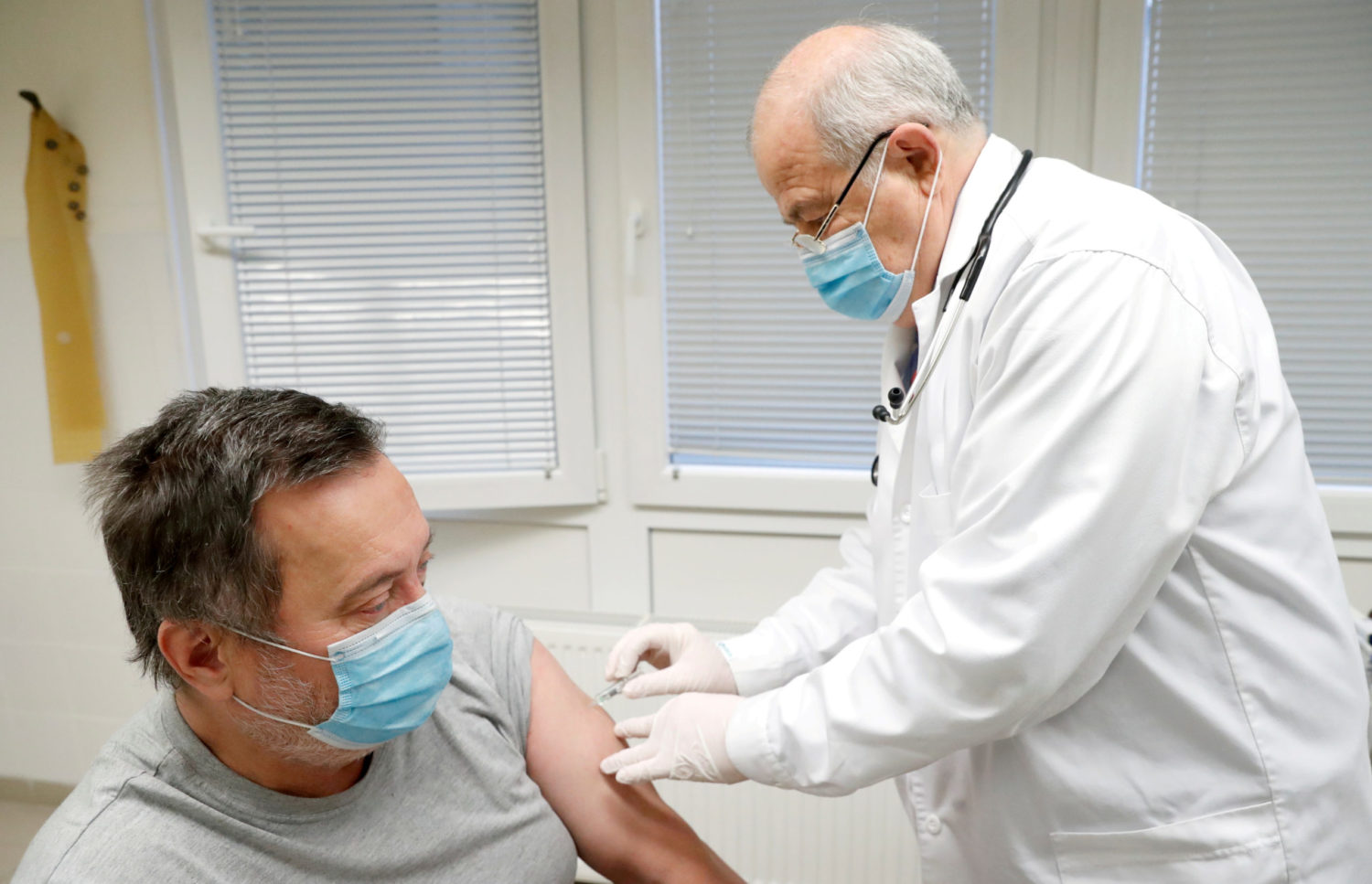 BUDAPEST (Reuters) – Hungarian journalists accused the government on Wednesday of putting lives at risk by barring the media from covering the full extent of what is now the world’s deadliest COVID-19 outbreak.

In an open letter published by most of the country’s independent news outlets, reporters said they had been blocked from hospitals and barred from speaking to medics, making it impossible to alert the public to the crisis.

Hungary, with 10 million people, reported 302 deaths on Tuesday, its highest since the start of the pandemic, and now has the highest weekly toll per capita in the world. Doctors speaking on condition of anonymity have told Reuters that hospitals are being overrun.

Hungary’s nationalist government denies there is a capacity crisis, and state-run media have depicted the situation in hospitals as under control. The government says it aims to reopen the economy by bringing in vaccines, including shots from Russia and China yet to be approved by the EU.

“Doctors and nurses are not free to talk to the public, while journalists are not allowed in hospitals, so we cannot assess what happens there,” read the letter published in 28 independent newspapers, websites and other outlets.

The Council of Europe said on Tuesday that Hungarian media workers faced increasing problems covering the pandemic. The government dismissed those remarks as “based on presumptions and allegations”.

Government spokesman Zoltan Kovacs said there would be no laxer rules, and accused “left-wing portals” of spreading “fake news” to embarrass the country’s health care system.

“We must use hospitals to heal, not shoot footage,” Kovacs wrote on Facebook on Wednesday. “Hungarian doctors and nurses perform exceptionally. Let them work!”

Activists and international bodies have accused Prime Minister Viktor Orban’s government of cracking down on free media since it took power in 2010. The government denies interfering with what it calls a free press.

Doctors have also raised the alarm that news coverage which fails to show the extent of the crisis could make it worse.

“I warn all political forces and their media that one-sided information, censorship delays recognizing the faults of health care, which could cost lives,” Janos Szijjarto, chairman of the doctors’ association from Gyor, Western Hungary, wrote on Facebook earlier this month.