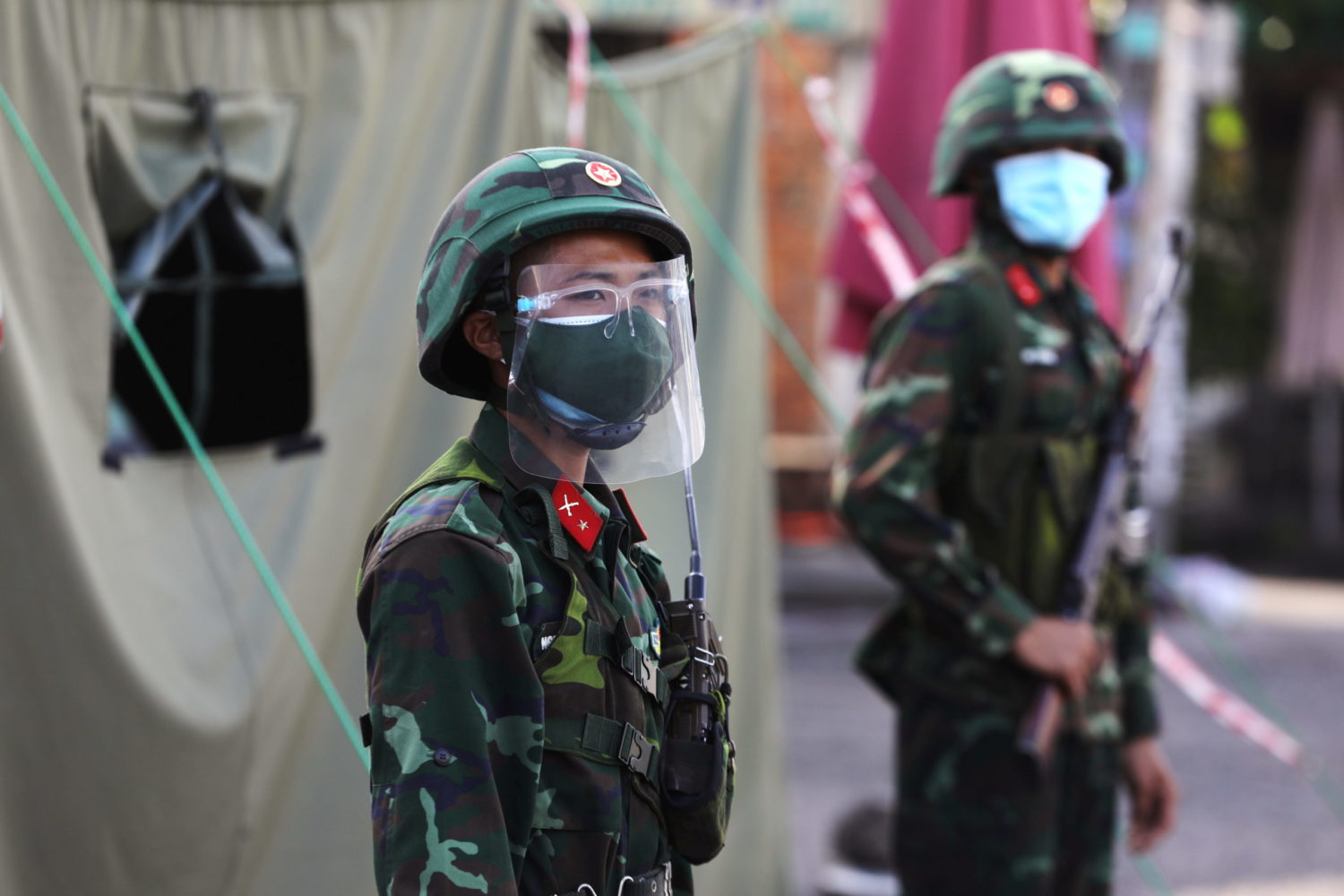 Vietnam implemented movement restrictions in Ho Chi Minh City in early July, but announced its harshest curbs last week as infections have continued to surge. Authorities have said enforcement of recent curbs has not been sufficiently strict.

After containing COVID-19 for much of last year, Vietnam has recorded 358,456 infections and at least 8,666 fatalities. Ho Chi Minh City has recorded over 180,000 infections – half the country’s total – and 7,010 deaths, making up about 80% of the nation’s fatalities, according to the health ministry.

Most of those cases have been recorded in Ho Chi Minh City and its surrounding industrial provinces, where the Delta variant of the virus has sent numbers soaring since late April.

The government said on Friday a tighter lockdown would begin on Monday, prohibiting people from leaving their homes, even for food, and said the military would step in to help.

The announcement, later amended so that people in some areas could still shop for food, was subsequently reverted to a total ban, triggering confusion and panic-buying at supermarkets in the city over the weekend.

Vietnam has over recent weeks sent 14,600 additional doctors and nurses to the city and its neighboring provinces to support its overwhelmed medical system, the ministry said.

Patients with mild or no symptoms have been told to self isolate at home.

The government said on Friday it would send 130,000 tonnes of rice from state stockpiles to Ho Chi Minh City and 23 other cities and provinces. People in the city’s Phu Nhuan and Go Vap districts told Reuters they had received packages of rice, meat, fish and vegetables from the military.

In total, the country has secured over 23 million doses of COVID-19 vaccines but just 1.8% of its 98 million people have been fully vaccinated – one of the lowest rates in the region. 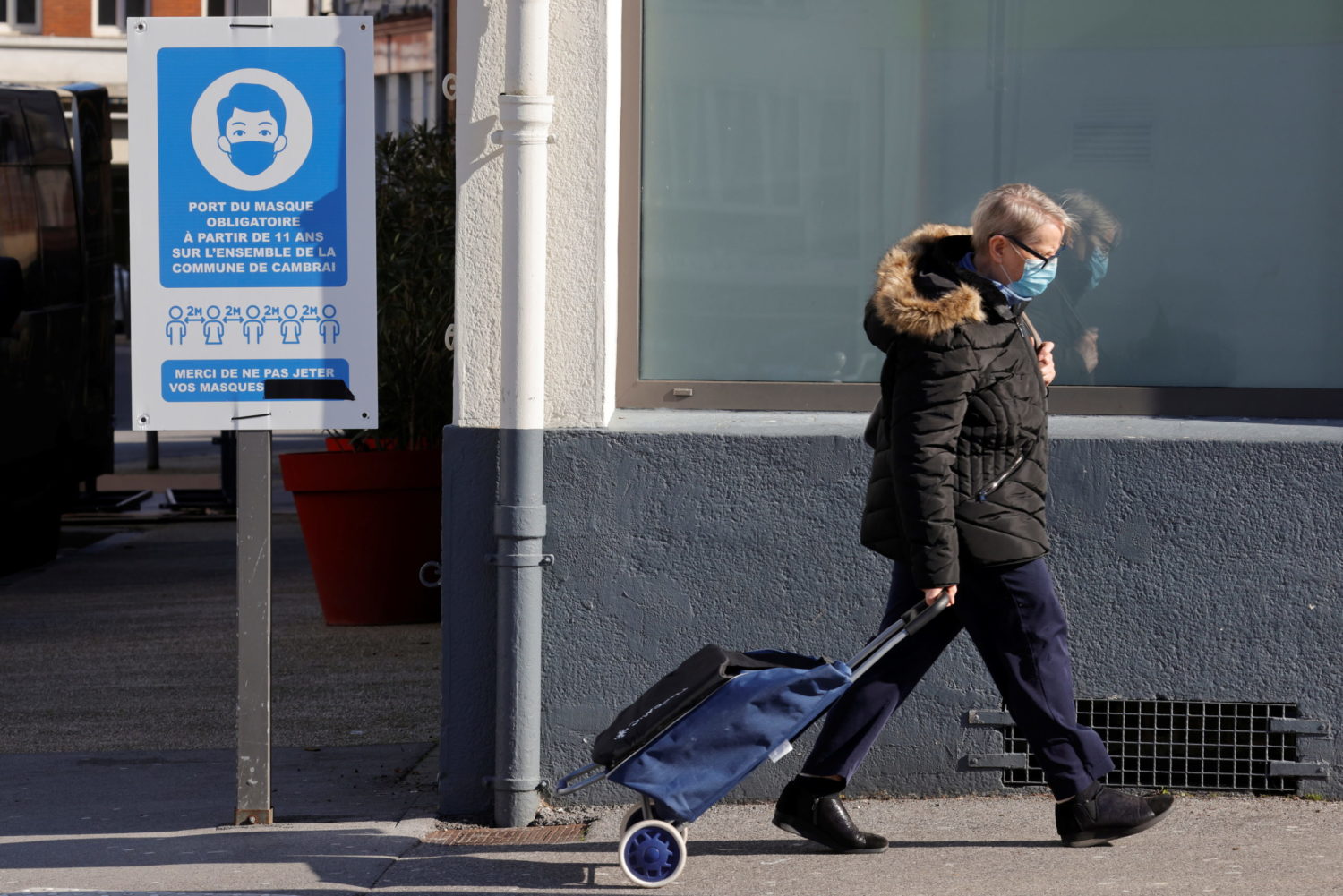 By Yiming Woo and Elizabeth Pineau

PARIS (Reuters) – Camila Campodonico was at work in Paris on Thursday evening when the government announced the city was entering a new lockdown to combat COVID-19, and she knew her plans for a get-together with friends this weekend were over.

“I heard that and I said: ‘Oh no, not again. A lockdown.’ I wasn’t very happy,” said Campodonico, a student from Argentina who is working temporarily for a marketing company.

With intensive care units close to overflowing, French Prime Minister Jean Castex announced that Paris residents could only leave home for essential trips or exercise, and non-essential travel to other parts of the country was banned.

Large numbers of Paris residents headed to railway stations on Friday morning so they could get out of the city before the restrictions, due to last for a month, come into force at midnight.

At the Gare de l’Est station in Paris, there were long lines of people at the ticket office. People, some with pets, rushed to board trains heading for Strasbourg and Luxembourg.

Valentino Armilli, 27, was going to visit his parents in Thionville, in the Lorraine region in eastern France, for the weekend. He took the decision to go there on Thursday night, because of the new lockdown.

“My parents had COVID a month ago and I have not seen them since. This weekend is the last time for a long while that I’ll be able to see them,” he said.

At the Montparnasse train station, Anna Henry, a 21-year-old student, said she had decided to go to her parents’ place in Brittany, western France, describing the latest Paris lockdown as “a bit too much”.

Anthony Massat, 23, also a student, was catching a train to Toulouse in south-western France: “There’s no lockdown in the south, so it will be a bit more free.” 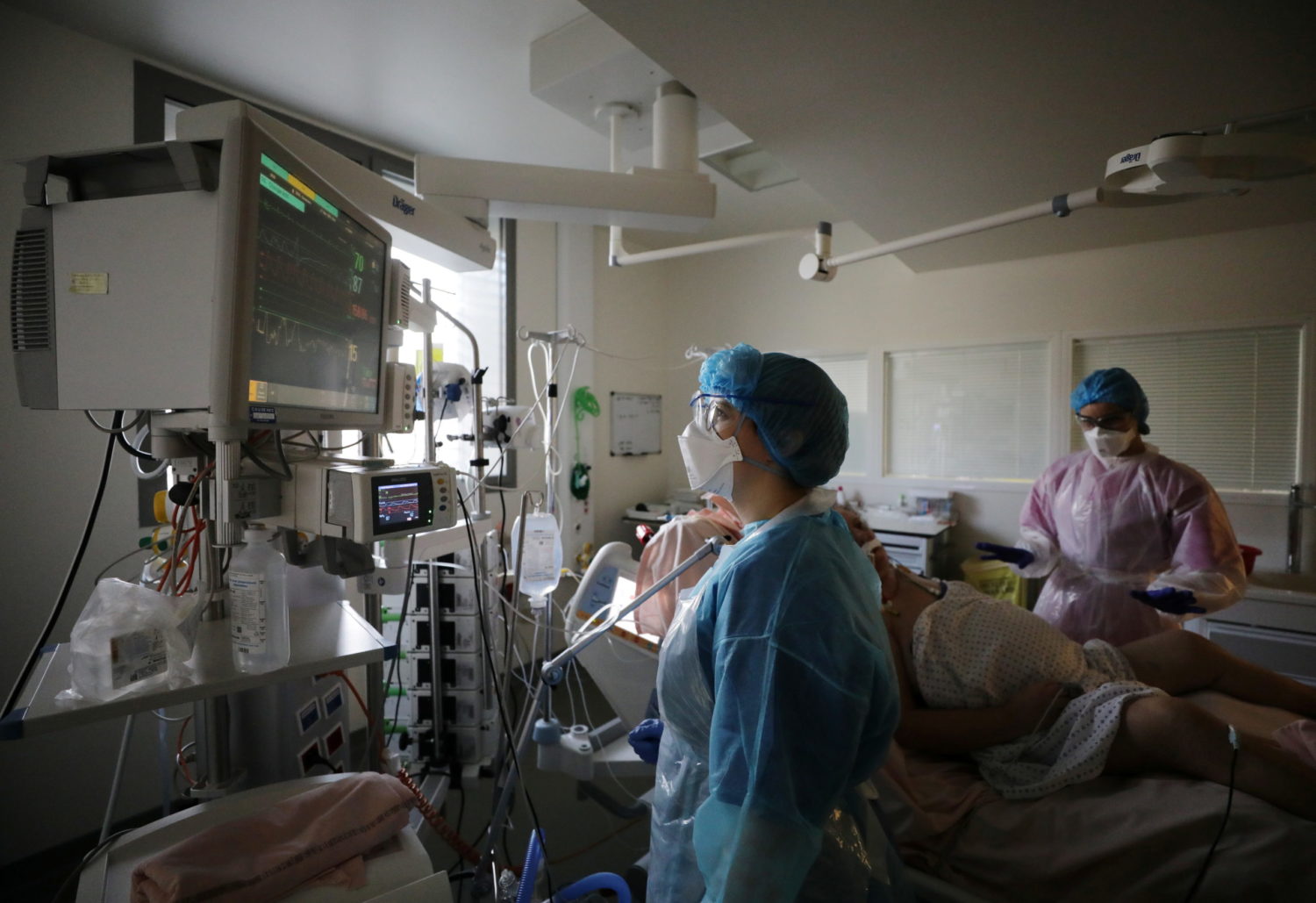 PARIS (Reuters) – France may have to delay unwinding some COVID lockdown restrictions next week after signs the downward trend in new cases has flattened out after shops were allowed to reopen late last month, two government sources said.

President Emmanuel Macron previously said the threshold was one condition for lifting the lockdown and imposing a nightly curfew, allowing cinemas and museums to reopen and ending the need for people to carry sworn affidavits outside their homes.

Another condition was for the number in intensive care to fall below 3,000. While that threshold may be met, the downward trend in new cases has plateaued at between 10,000 and 12,000.

“That the numbers have levelled off is not good news,” one government source said.

A second government source said that there was link between shops reopening on Nov. 28 ahead of Black Friday and the stagnant numbers, adding that it was imperative not to allow people to become complacent.

“We will not go as far as we would like on Dec. 15th,” the second official said.

A health ministry spokesman did not immediately respond to calls for comment.

Eric Caumes, head of infectious diseases at Paris hospital La Pitié-Salpêtrière, told LCI television that if the French were careless over Christmas and year-end holidays there would be a third wave of the virus in mid-January.

“No, I do not think this target can be reached as the trend downward stopped, it is stabilizing. So it will be difficult to reach that target,” Caumes said. 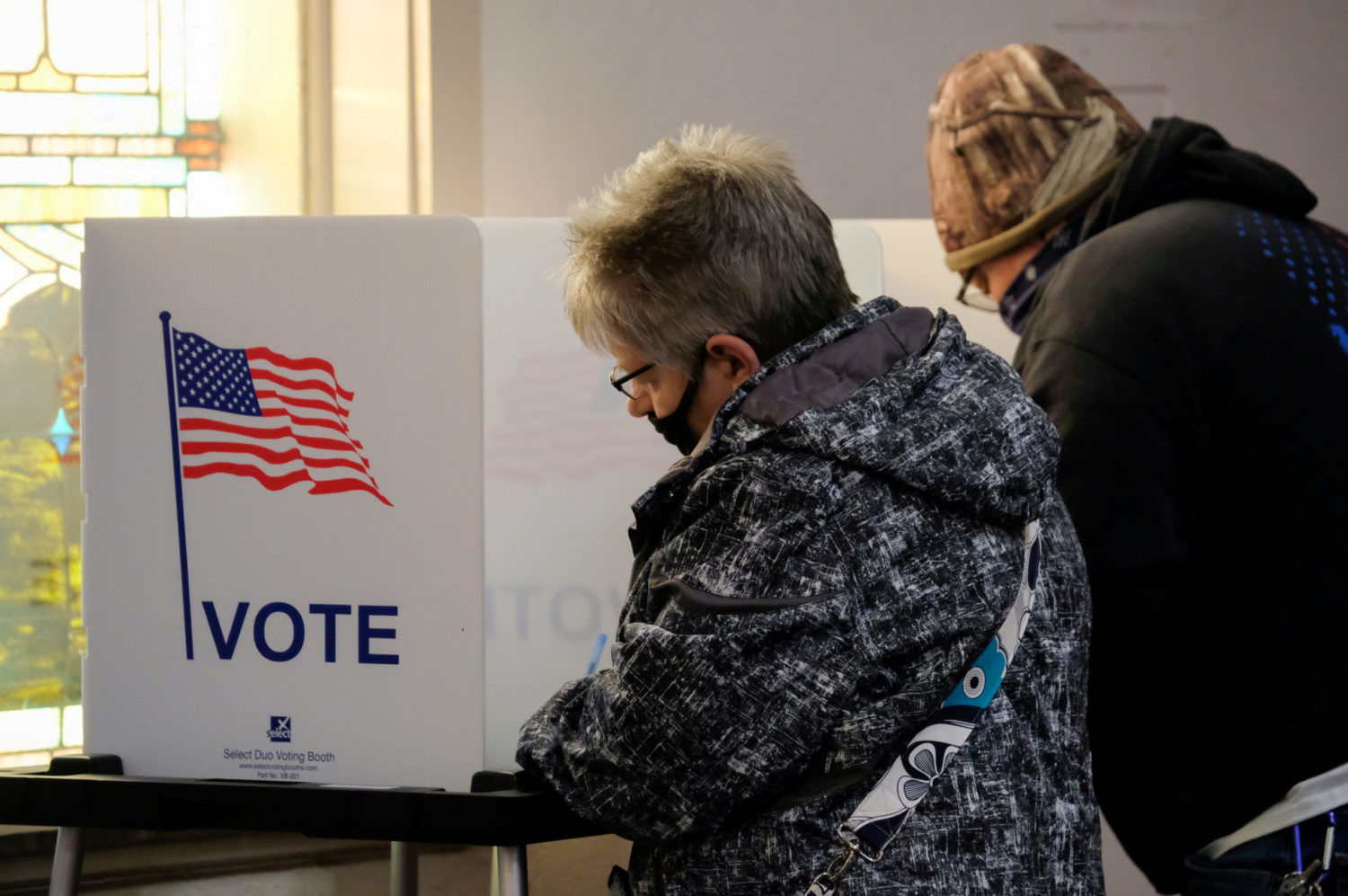 WASHINGTON (Reuters) – The FBI is looking into a spate of mysterious robocalls urging people to stay home on Election Day as the nation remains on high alert to ensure voting is not compromised, a Department of Homeland Security official said Tuesday.

U.S. state and local officials have been raising the alarm over at least two separate automated call campaigns as million of Americans cast their votes on Tuesday to decide between President Donald Trump and challenger Joe Biden.

Experts who spoke to Reuters say they are mystified by one of the campaigns, which tells people to remain home but does not explicitly mention voting.

“There’s a little bit of confusion about this one across the industry,” said Giulia Porter, vice president at RoboKiller, a company that fights telemarketers and robocalls and has been tracking the campaign.

Audio of the calls, which RoboKiller shared with Reuters, features a synthetic female voice saying: “Hello. This is just a test call. Time to stay home. Stay safe and stay home.” Porter said the call had been placed millions of times in the past 11 months or so but had on Tuesday shot up to No. 5 or No. 6 in the list of top spam calls.

“This robocall is being sent at a very high volume,” she said.

Porter said her company was still in the process of compiling figures on the campaign’s intensity on Tuesday but estimated that “thousands or tens of thousands” of people had received it.

The Federal Bureau of Investigation did not immediately return messages seeking comment.

One of them was Hashim Warren, a 40-year-old Democratic voter who lives in Greensboro, North Carolina, and works in marketing at a web development company.

Warren, who is Black, said the call triggered anxieties he and his wife already had about potential violence around the election from far-right supporters of President Donald Trump.

“Instead of saying like, Election Day is not today, the fact that it said ‘stay safe’ felt both vile and prescient as if they knew there were other things, real things happening in the world, not robocalls, that were making myself and my wife feel anxious,” Warren said in a telephone interview.

Janaka Stucky, 42, a Democratic voter who lives in Medford, Massachusetts, also received the robocall this morning.

“My first thought was that actually it was a municipal test call for a COVID lockdown thing,” he told Reuters.

“The more I thought about it I was like, oh this actually feels really off and weird and then started to feel like it was some sort of, maybe, voter suppression effort,” he added.

He said he voted weeks ago. “Joke’s on the robocalls. I’m stocked up on Halloween candy and I already voted,” he said.

Robocalls with similar or identical messages urging people to stay home were reported in series of battleground states including Florida and Iowa.

In Michigan, officials said they had reports of a separate batch of robocalls urging residents in the heavily Black city of Flint to “vote tomorrow” due to purported long lines.

“Obviously this is FALSE and an effort to suppress the vote,” Michigan Attorney General Dana Nessel said in a message posted to Twitter. “Don’t fall for it.”

It’s unclear what relation, if any, the Michigan calls have to do with the “stay home” calls.

Robocalls have long been a problem in the United States, which has struggled for years to put a lid on unwanted or scammy messages.

USTelecom did not immediately return a message seeking comment.